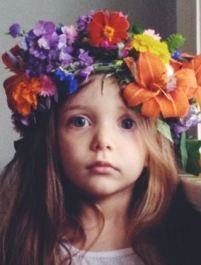 Jesus was travelling in Gentile territory when a woman approached and begged him to cure her little daughter, who was troubled in her mind.

How did Jesus respond? He seemed reluctant, arguing that he had come to save Jewish people, not Gentiles.

Desperate, the woman argued back. Wouldn’t he pity her, despite her nationality? If he were eating, wouldn’t he throw scraps to the dogs?

Jesus, taken aback by her persistence, rewarded her faith by curing her daughter.

Jesus in a foreign country 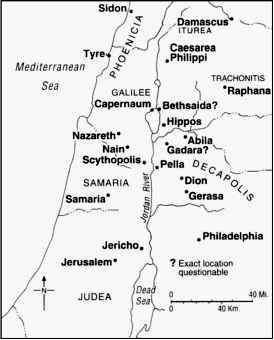 The woman in this gospel story came from the area near Tyre and Sidon, north of Galilee. These were notoriously ungodly cities. The people who lived there were Gentiles. Many Jews referred to Gentiles as ‘dogs’. Mark refers to her as a ‘Greek’, which is shorthand for ‘pagan’.

You can get a better idea of where this story happened by looking at Bible Maps: Provinces of Palestine in the website The Life of Jesus.

When does this story happen? Shortly before the end – the Crucifixion and the Resurrection are not far away. Before Jesus faced the danger and the triumph of these events, he journeyed northwards up into the lands of Tyre and Sidon.

Why did Jesus go to this northern province? We don’t know. If he went there to seek solitude, he was disappointed. His fame had preceded him. The crowds gathered, begging for healing and the wisdom only he could give.Save 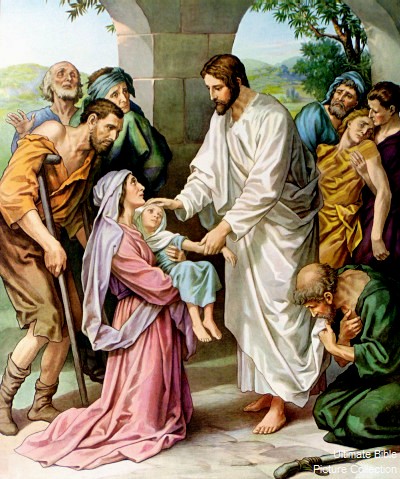 While he was there a woman approached him crying out to him to heal her daughter, who was possessed by a demon.

When she kept crying after him, his disciples suggested that he do something about it since she was making a scene, and they knew he wanted some peace and quiet.

He replied that he was only sent to the lost sheep of the house of Israel.

She was a Gentile. He would not help.

What did the woman do?

The woman persisted. She could not be quieted. She threw herself in a pitiful heap at his feet crying out, “Lord, help me!”.

Finally he acknowledged her: “It is not meet to take the children’s food and give it to the dogs”. He had been sent by the Father to the House of Israel, not to Gentiles. The children of the Israel were to be fed first. 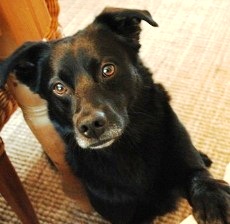 A dog watching for food dropped from the table

‘Dogs’ sounds harsh, but the term he used was the Greek diminutive kynaria, which meant little dogs, household pets, not outside scavengers.

As well, he said that the children of Israel were to be fed first, and this meant that she might expect that her turn would come, if she waited.

The woman argues back

Quick as a wink, the woman turned the rebuff to her advantage. “True, Lord, yet even the dogs under the table eat the children’s crumbs”.

Impressed, and pleased at her faith and persistence, Jesus granted her wish – ‘Be it done for you as you desire’. And the child was cured of her dreadful affliction.

Jesus’ miracle – what does it mean?

It’s a great story of a mother’s love. The Syrophoenician woman was willing to do whatever it took, even if it meant rejection and humiliation, to save her suffering child.

Just as Jesus, a short time later, would suffer rejection and humiliation to save us.

It is one of only two times where Jesus healed a Gentile; the other being the Centurion’s servant.

A Middle Eastern woman and her daughter

Note: This story is also the only place in the New Testament where Jesus specifically said to his disciples that he was only sent to the House of Israel. That adds an extra dimension to the later story of Peter and Cornelius, where Peter rejects the difference between Jew and Gentile (Acts 1:8). 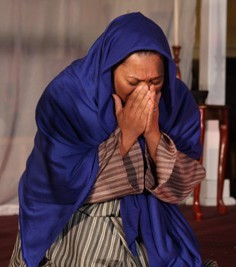 A woman prays for help

21 And Jesus went away from there and withdrew to the district of Tyre and Sidon. 22 And behold, a Canaanite woman from that region came out and cried, “Have mercy on me, O Lord, Son of David; my daughter is severely possessed by a demon.” 23 But he did not answer her a word. And his disciples came and begged him, saying, “Send her away, for she is crying after us.” 24 He answered, “I was sent only to the lost sheep of the house of Israel.” 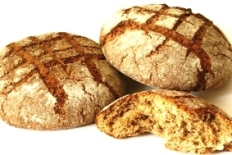 25 But she came and knelt before him, saying, “Lord, help me.” 26 And he answered, “It is not fair to take the children’s bread and throw it to the dogs.” 27 She said, “Yes, Lord, yet even the dogs eat the crumbs that fall from their masters’ table.” 28 Then Jesus answered her, “O woman, great is your faith! Be it done for you as you desire.” And her daughter was healed instantly. (Matthew 15:21-28)

24 And from there he arose and went away to the region of Tyre and Sidon. And he entered a house, and would not have any one know it; yet he could not be hid. 25 But immediately a woman, whose little daughter was possessed by an unclean spirit, heard of him, and came and fell down at his feet. 26 Now the woman was a Greek, a Syrophoeni’cian by birth. And she begged him to cast the demon out of her daughter. 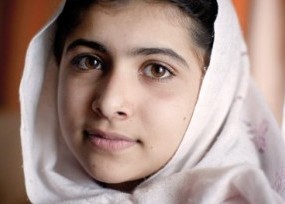 Read about other famous Women of the Bible

Links for
this story

Family & work
in the Bible

Demons
in the New Testament