Why did people sacrifice to God?

When people in the ancient world offered a gift, a sacrifice to Yahweh or to the gods, they took the best living animal they owned and offered it as a gift. 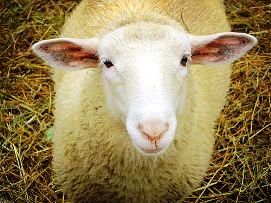 They killed the offering, making it impossible for the gift ever to be taken back or reclaimed.

It was the best they had. They gave it to God.

But hardly anyone gives something away without hoping for a reward. It was like this in the ancient world, just as it is now.

What did they hope to gain by making a sacrifice? Security, survival, health for themselves and their family, safety, prosperity: the things that all people, everywhere, have always wished for.

What gift should they offer to God?

The Israelites believed that everything belonging to a person acquired something of that person’s personality. Therefore, in making a gift, a person gave something personal, something they owned or had paid a substantial amount for. 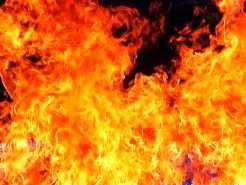 They used the altar as a linking point between God and themselves. The gift being offered was placed and burnt on the altar, while the climax to the sacrificial ritual came when the blood – blood being the life force of the animal – was sprinkled over the altar.

Who offered the sacrifice?

In the time of the Patriarchs and Matriarchs, sacrifices might be offered by anyone. But when the Israelites settled in Canaan after their migration from Egypt, ministry at an altar in a recognized sanctuary became the prerogative of specially appointed priests.

What happened at a sacrifice?

The ceremony was carefully ordered. There was a strict procedure that had to be followed. Everything had to be exactly right, or else the sacrifice was voided. 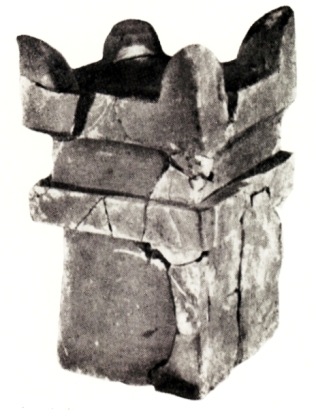 There were six stages in the ritual:

How did the Greeks sacrifice to the gods?

The religions of the Graeco-Roman world included observance of the thusia. This was a rite in which a portion of an offering was solemnly and ceremoniously offered to the deity and burnt upon the altar, after which the remainder was eaten by priests or worshippers in a common meal.

The thusia was a ﬁxed element in the Mycenean culture and was continued by the Greeks. 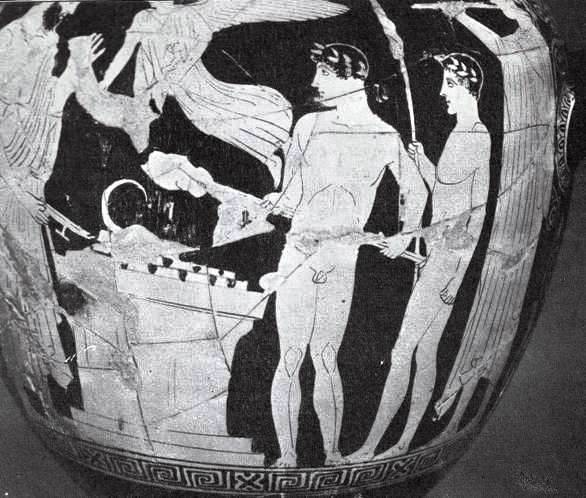 Two youths with five-pronged forks make a burnt offering to the gods. The priest stands at left. Greek vase

Worshippers at a thusia did not just stand and watch. They took part in the ceremony.

The rite began with

The central act was the solemn burning on the altar ﬁre of pieces of the thigh of the animal wrapped in fat and covered with other pieces of meat, as in this vase painting (above) which shows the attendants handling the meat with ﬁve-pronged forks (the priest is standing on the left). Organs below the diaphragm were also eaten or at least tasted.

After the priests had taken the portions of the animal belonging to the god, the roasted victim was eaten in a banquet with wine, oil and honey, music and dancing. The thusia was used increasingly among the ancient Greeks to express thanks to the gods. 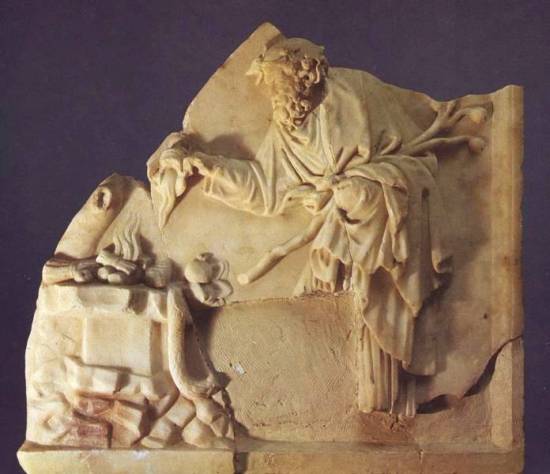 The Greeks also practiced special rites against evil demons in which sacrificial victims were  burned at night and in complete silence, but these rites were carefully distinguished from the thusia, performed in daytime as an act of worship of the gods of Olympus.

How did the Romans sacrifice to the gods? 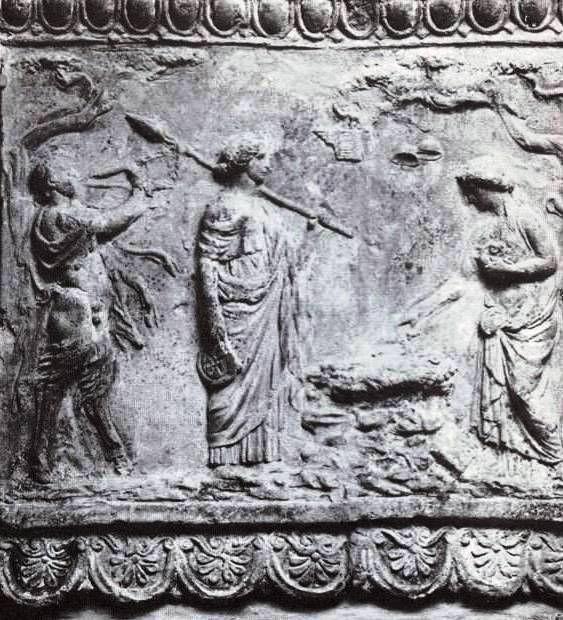 Rural scene of sacrifice on a Roman terracotta plaque. Notice the pipes being played (left) by Faunus, the Roman equivalent of the Greek god Pan

All Roman sacriﬁcial rites were intended to propitiate friendly and avert hostile powers.

The rites were conducted by the priests with the utmost precision according to a ceremonial which preserved their mystical character.

The main features of the rites were

The whole ritual was carried out in complete silence, the only sound being the cries of the dying animal and music being played on pipes to drown any sound. Once the animal had been burnt, it lost its ritual sanctity and became the property of the priests.

The Romans never widely adopted the feasting that went on at Greek sacrifices. 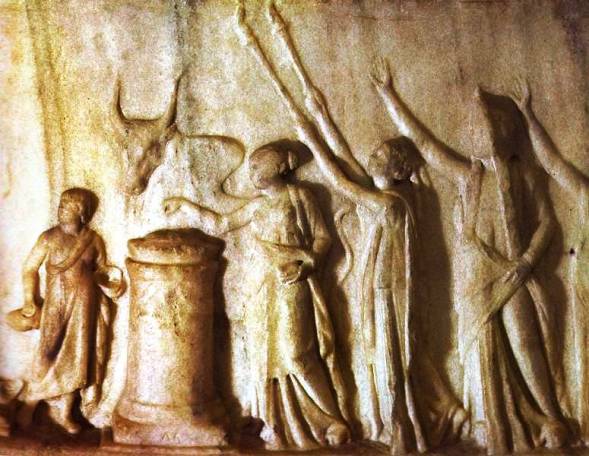 Sacriﬁcial ceremony on a Roman bas-relief

Jephtah’s daughter
sacrificed by her father