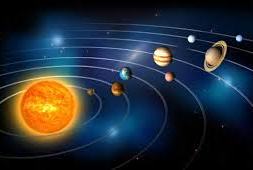 If only we knew what the future holds, we could take steps to ward off evil, prevent accidents, make the right choices in life.

Astrology, many people believe, gives people a way of doing this.

Astrology is an ancient way of seeing into the future. Astrologists believe that the movements of the sun, moon and stars have an effect on human behaviour. If we understand them, we can predict what is going to happen.

After all, the planets move in the sky according to the time of year, and when they do, the weather changes. 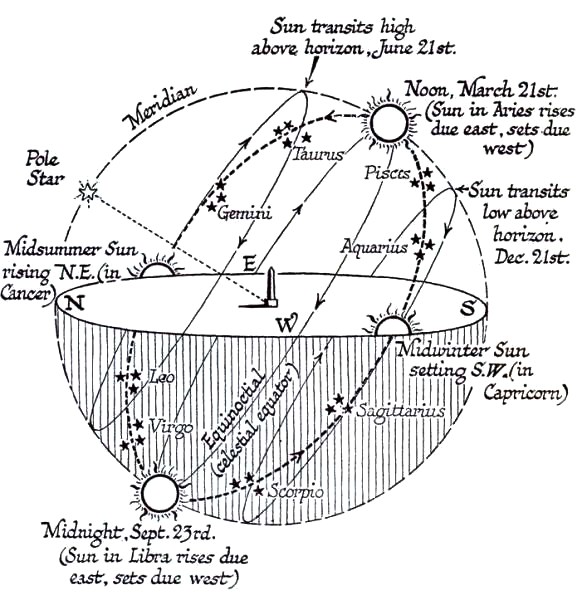 If the weather was affected by movements of the planets, maybe people were too. People have good days and bad days. There are times when everything goes well, and others when it does not. What, people of the ancient world asked, caused this?

Might not people be affected by the movements of the planets, just as Nature was?

Astrology is a very ancient science. The people who lived along the banks of the Euphrates River took it very seriously indeed. The stars and constellations were worshipped as divine, but belief in the divine powers of the stars was also current among the Babylonians, Assyrians, Chaldeans and the Egyptians and, by the 4th century BC, in Greece as well. 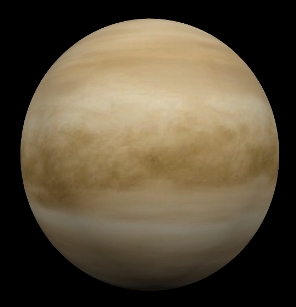 The planet Venus covered in cloud

The Babylonians associated the stars and planets with the gods themselves. The sign for a god was a star.

Babylonian priests, specialists in their field, watched the planets as they moved through the sky, and charted their course. From the changed positions of the stars, the priests read the wishes of the gods.

ln addition to the planets, the Assyrians and Babylonians also discovered groups of ﬁxed stars; these were also identiﬁed with deities.

A standard work on astrology was constructed by the Babylonians as early as the 16th century BC. Their observations of the stars and of signs in the heavens were translated into astrological theories for the foretelling of future events. As a result, seeing the future through astrology became an inseparable part of the Babylonian religion. 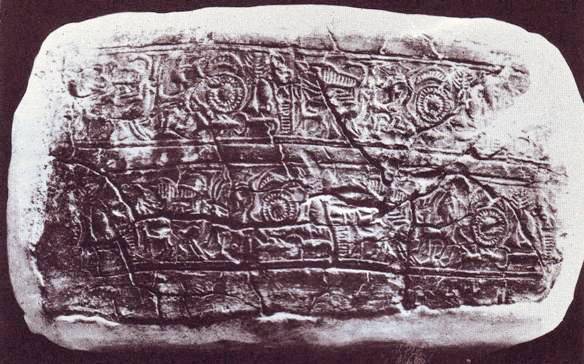 A tablet showing the signs of the Zodiac, from Gezer, Hellenistic times

Isaiah (47:13) mentions three distinct groups of professional astrologers among the Assyrians and Babylonians:

Isaiah did not take them seriously. In fact, he poured scorn on them all. For all their efforts, he says, they could achieve nothing, learn nothing.

What was Babylonian astrology? 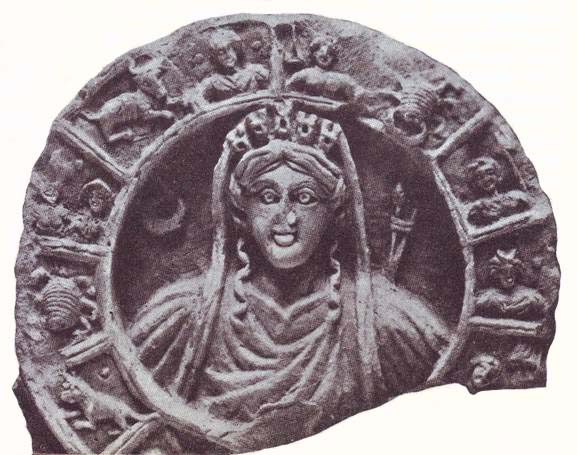 The relief of Tyche, surrounded by the Zodiac panel, from the Nabatean Khirbet-al-Tannur, 1st century

Worship of the ‘Host of Heaven’

Jericho, it seems, was named after the cult of the moon and the same name, Jerah, belonged to an Arabian tribe (Genesis 10:26; 1 Chronicles 1:20). In spite of the prohibition against sun-worship, people like Samson and Shimshai, and places like Beth-Shemesh, Ain-Shemesh or Ir-Shemesh seem to have been named after the sun-god.

Worship of the stars and planets, ‘Mazalot’ or ‘Mazarot’ (Job 38:32) was listed among the sins of the Israelites, derived from foreign cults (ll Kings 17:16-17).  In Jerusalem, incense was burned ‘to Ba‘al, to the sun and the moon and the constellations, and all the host of the heavens’ (ll Kings 23 :5). Josiah ‘burned the chariots of the sun’ to root out this practice (ll Kings. 23:11).

Official Judaism (though not ordinary people) rejected beliefs and practices connected with astrology. 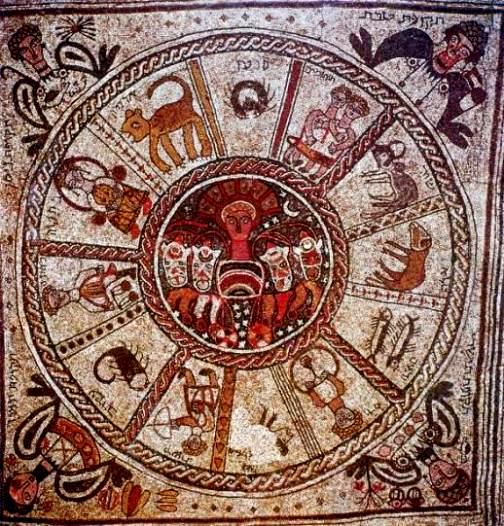 What are the Signs of the Zodiac? 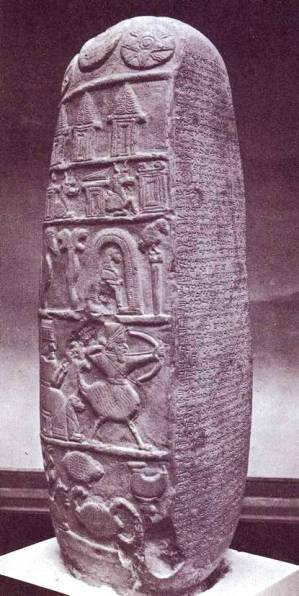 By noting the direction of the sun from the south horizon when it cuts the meridian at noon, the Babylonians were able to identify the sun’s track through a belt of 12 star clusters called the Zodiac, corresponding to the twelve 30-day months of the Babylonian year.

The star clusters of the Zodiac are not systems with any relationship between themselves. They are simply signposts of the seasons.

These milestones, the zodiacal constellations. were groups of stars whose rising and setting positions roughly corresponded to that of the sun at a particular season.

Stargazing led the ancients to visualize their constellations in human and animal form, which they called the signs of the Zodiac. Assyrian stone border markers of the 12th and 13th centuries BC were incised with signs for the constellations which lay in the path of the sun: the Scorpion, the Archer, the Lion, Cancer, the Charioteer, Orion, the Twins, etc. . . .

The Zodiac in the Bible 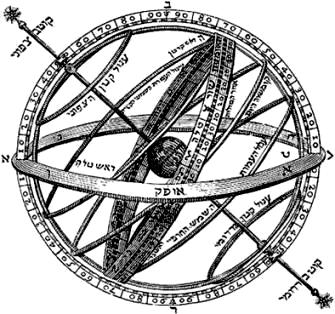 The biblical term ‘mazalot’ (or mazarot) was used for the imaginary belt in the sky containing the twelve constellations.

Though little is known of the belief in omens related to the stars beyond its condemnation in the Old Testament, it is a noteworthy fact that in post- Exilic times (the last centuries BC), astrology began to be inﬂuential in the lives of ordinary men and women, among many Jews too, as may be seen from the numerous references in the book of Daniel.

Under the inﬂuence of astrological theories of the time, many Jews held that human life and activity were strictly regulated by the movements of the heavenly bodies, which themselves were ruled by angels, as the book of Enoch insists.

An astronomical work from the Dead Sea Scrolls describes the physical characteristics of people born under a given sign of the Zodiac.

Later Midrashic literature added another idea by connecting the Twelve Tribes of Israel with the twelve constellations of the Zodiac.  However, the signs of the Zodiac, the planets and the stars had none of the signiﬁcance for Jews which they had in Babylonia or, later on, in Greece. 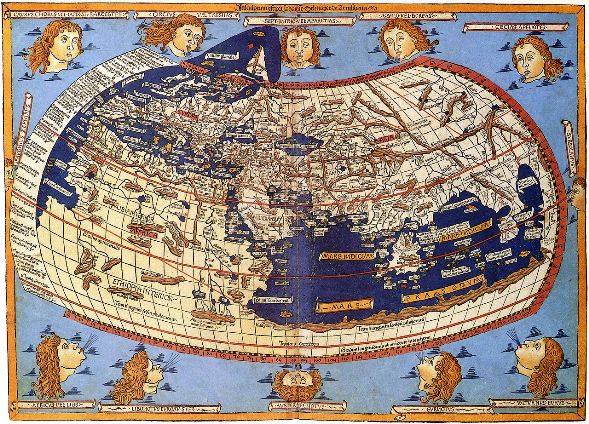 The world, as envisaged by Claudius Ptolemaus: a printed map from the 15th century
depicting Ptolemy’s description of the known world