Circumcision: what is it? why is it done?

Blade of a flint knife –
sharper than steel

Circumcision is the cutting away of the foreskin of the penis. It was originally a rite of passage to test the courage of young men in tribal societies. It became common among the Israelites of the Bible. According to Jeremiah 9:25-26, the peoples of Edom, Moab and Ammon also practised circumcision.

Where did the practice of circumcision come from? Some scholars think that circumcision may have been a substitute for child sacrifice. The foreskin was offered as a gift to the gods, instead of the child. Notice that the only two incidents relating to child sacrifice in the Bible are adolescents: 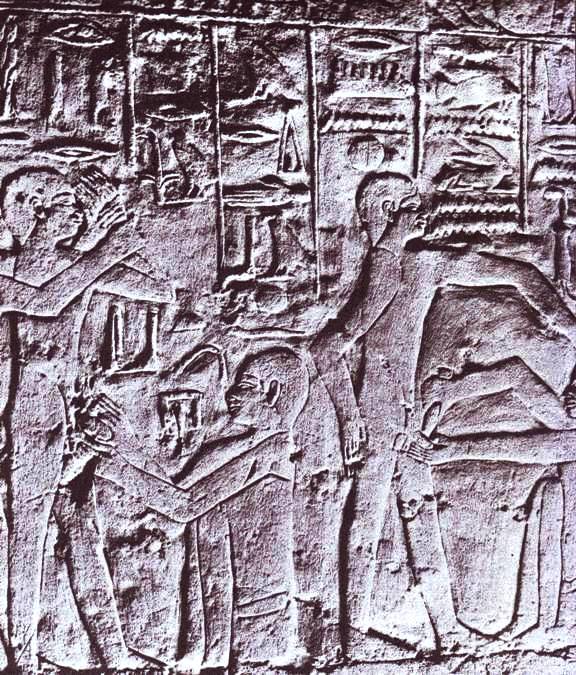 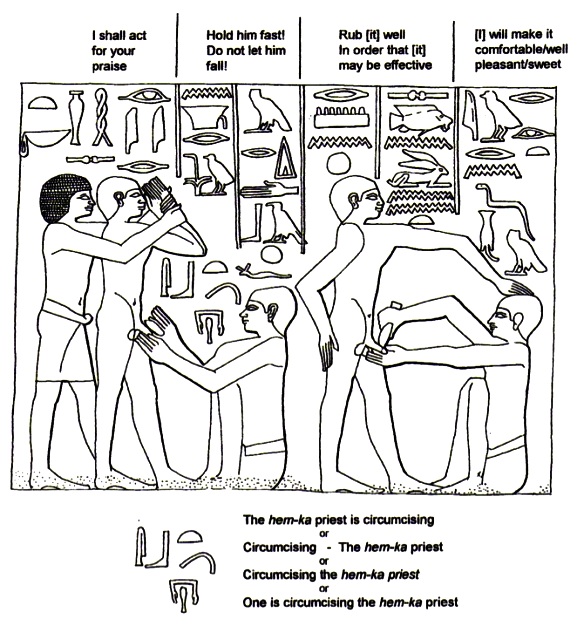 Above: Outline drawing of the wall relief, with translations of the hieroglyphs

Herodotus tells us that Egyptians, Phoenicians and Syrians were also circumcised. Israel was simply following a local custom. The dreaded Philistines did not (I Samuel 18:25), but then they were from a different cultural background.

In the earliest texts (Exodus 4:25) the cut was done with a flint knife. 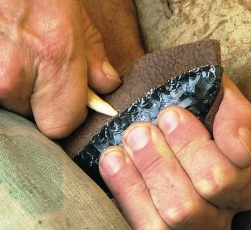 Sharpening the edge of a flint blade

Why was it done? It was a religious ceremony preceding marriage, designed to ensure fertility and appease unfriendly spirits.

Many scholars interpret the story of Genesis 34 in this light, for circumcision is explicitly linked with marriage.

Exodus 4:24-26 can be interpreted in the same way: the object of the story is the circumcision of Moses himself. Zipporah, wife of Moses (click on her name to read her story) says to him “You are a bridegroom”, using a word which, in Hebrew, can mean bridegroom, son-in-law and father-in-law. It also comes from an Arabic word meaning “to circumcise”.

Where did the idea come from?

The origins of the custom are shrouded in mystery. It has been suggested that circumcision was part of a tribe’s initiation rites. Among primitive tribes, these rites prepared a boy for his acceptance into adult society.

The Egyptian relief above show boys being circumcized in adolescence. Similarly, the biblical account of lshmael’s circumcision at the age of thirteen (Genesis 17:25) coincides with the time the boy entered society as a man.

The Bible Command to be circumcised

It is not known when circumcision at the age of eight days was substituted for the adolescent rite. 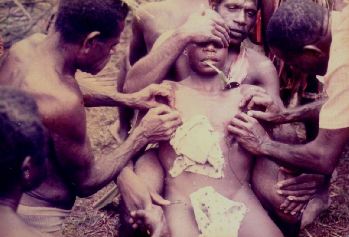 Rite of passage for a young man, possibly involving a form of circumcision

When circumcision was renewed in Canaan it was given a strong religious significance. It has retained this ever since. Genesis 17 states explicitly that circumcision is to be the visible sign of a special covenant, “b’rith”, between God and Israel – a sacred bond.

Eventually the Jews remained the only circumcised people in the area. Ezekiel 32 lists almost all lsrael’s neighbours – including the Sidonians – as uncircumcised.

Circumcision in the Post-Exilic Period 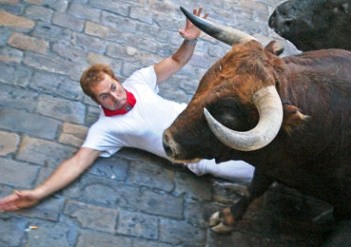 Circumcision became one of the main characteristics distinguishing the Jews from all other people. Converts to Judaism had to circumcise, the first evidence for this coming from the Apocrypha (Judith 14:10; Esther 8:17).

1 Maccabees 1:14 tells us that Jews who abandoned their religion and wanted to appear like other Westerners tried to conceal this “defect” in their bodies.

Circumcision was the distinguishing feature of the Jews in the eyes of the Greeks and Romans. The custom aroused the scorn of Martial, who died in 8BC, Horace and Persius, who lived until 62AD. It was forbidden by Hadrian at the time of a later Jewish pogrom, after the Bar-Kochba revolt. Jewish-Christians and Gentiles were also forbidden to circumcize.

What about Christians & circumcision?

St. Paul taught that what counted was “circumcision of the heart, in the spirit, not in the letter’ (Romans 2:29). His declaration that the only effective circumcision was an inward, spiritual one, having nothing to do with the flesh, aroused some of the most bitter controversies of the early Christian church (Acts 15:1-35; 16:3; Galatians 2:3).

Isaac – important links for his story

Maps of the ancient world