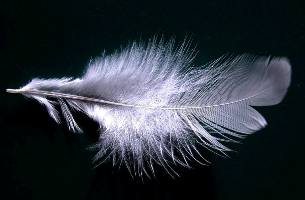 God is the complexity of Nature

Not a good way to start, but it’s true. The Jewish heroine Judith admitted as much in the Bible passage below.

The trouble is, we can’t help asking the question. And the answers keep shifting, because our ideas about what we mean by ‘God’ have developed over the centuries as part of an emerging revelation.

‘Listen to me, rulers of the people. What you have said to the people today is not right; you have sworn this oath, promising to surrender the town to our enemies unless the Lord turns and helps us within so many days. 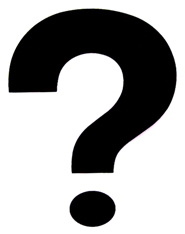 Who are you to put God to the test? You will never learn anything! You cannot plumb the depths of the human heart or understand the workings of the human mind; how do you expect to search out God, who made all these things, and find out his mind or comprehend his thought?

No, my brothers. Do not try to bind the Lord our God; for God is not like a human being, to be threatened, or like a mere mortal, to be won over by pleading. Therefore while we wait for his deliverance, let us call upon him to help us, and he will hear our voice, if it pleases him.’

The ‘Our Father’ is a statement of Christian belief about what God is. Christians see God as a benign all-powerful parent who protects us, provides for us, and at the same time sets limits for us. 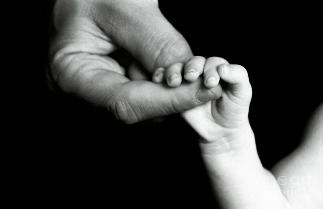 God is Father and Mother

Jesus said: ‘Pray then in this way:
Our Father in heaven, hallowed by your name.
Your kingdom come,
Your will be done on earth as it is in heaven.
Give us this day our daily bread.
And forgive us our debts, as we also have forgiven our debtors.
And do not bring us to the time of trial, but rescue us from the evil one.’

God is the energy that created everything in the universe – and goes on creating it. Nothing, not one jot of matter, is the same from one second to the next. Even solid things like rock are constantly worn and eroded by the forces of wind and rain. Creation is a continuing event.

‘In the beginning when God created the heavens and the earth, the earth was a formless void and darkness covered the face of the deep, while a wind from God swept over the face of the waters. Then God said, ‘Let there be light”; and there was light. And God saw that the light was good; and God separated light from the darkness. God called the light Day, and the darkness he called Night. And there was evening and there was morning, the first day.’ 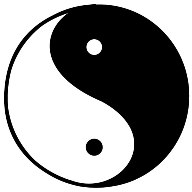 God is Order. The idea that Order will eventually triumph appears constantly in the stories of the Old Testament.

Take the story of Tamar in Genesis 38. She is a most unlikely heroine, but she fixes her direction on Law and Justice, like a bull-dog that will not let go. She knows that justice should be hers, and fights for it. God is on her side, and rewards her in the best way possible, by giving her her heart’s desire – not just one son, but two.

Then Judah acknowledged them and said “She is more in the right than I….” 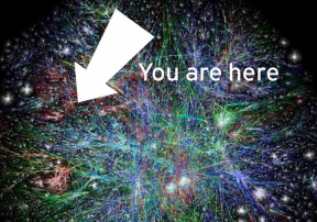 So what does it mean when the Bible says we are made in God’s image? God is intrinsically creative, and for better or worse so are we. We cannot help ourselves imagining the new, experimenting, changing the world around us. It is in our nature. Like Eve, we, with YOU ARE HERE sign don’t know if the change will be for the better, or for the worse.

Keep in mind that God is not made in our image. We are made in God’s image. We must be careful not to limit God by envisaging Him as something like ourselves, something with human characteristics and emotions. It’s easy to do, and it helps us to relate to God if we think of Him as a Father. But God is much more than that.

In the story of Jezebel we are presented with two ways of seeing God. She saw God as many – in a range of manifestations in all the different forces of Nature and Creation. One force, and her particular favorite, was Baal, the power of water in all its forms particularly as it affected agriculture and crops. This concept of God was male, since rain planted life within the Earth.

Another force was the goddess/essence of the family, who embodied the power of woman to create life within her body and protect her young ones, and indeed all the members of her family. These two examples show how Jezebel saw the forces of Nature as divine.

The Jahwist priests like Elijah saw God as One – one unified power that breathed life and continuing energy into everything that existed. This God was not like a human being, and did not behave in a human way. Rather, human beings at their best aimed to resemble God in some way.

‘Hear, O Israel: the Lord is our God, the Lord alone.’ 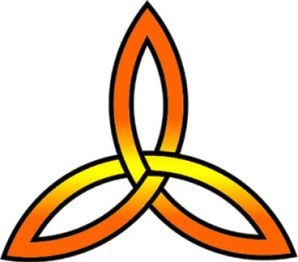 St Augustine was one of the greatest Christian theologians, but even he had trouble trying to understand what the Trinity was.

St Augustine asked the boy what he was doing. “I am going to put all the water from the sea into the hole in the sand” said the boy. With that, he emptied another spoonful of water into the sand. St Augustine felt sorry for him. “What you are trying to do is impossible” he said. “The sea is immense, and your spoon is so little.”

The boy turned and looked at St Augustine. “I will more easily do that, however, than you will understand the mystery of what the Trinity is” he said. And with that, the boy vanished. 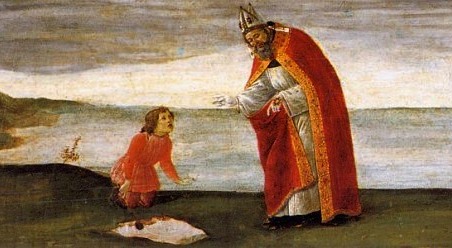 The Vision of St Augustine, by Botticelli

‘All authority in heaven and on earth has been given to me. Therefore go and make disciples of all nations, baptizing them in the name of the Father and of the Son and of the Holy Spirit.’

‘May the grace of the Lord Jesus Christ, and the love of God, and the fellowship of the Holy Spirit be with you all.’

‘To God’s elect. . .who have been chosen according to the foreknowledge of God the Father, through the sanctifying work of the Spirit, for obedience to Jesus Christ and sprinkling by his blood.’ 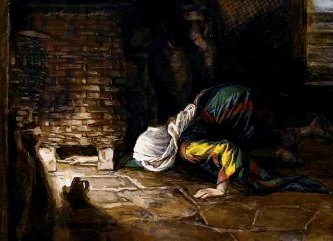 God is the possibility of a new start.

Jesus: “Or what woman having ten silver coins, is she loses one of them, does not light a lamp, sweep the house, and search carefully until she finds it? When she has found it, she calls together her friends and neighbors saying, ‘Rejoice with me, for I have found the coin that I had lost.’ Just so, I tell you, there is joy in the presence of the angels of God over one sinner who repents.”

God is the source of reason and inspiration in every part of our lives. 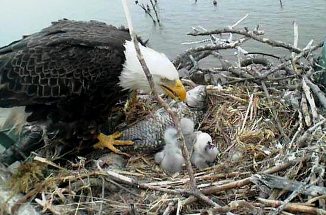 God is Guide and Protector.
Eagle feeding a fish to its young

Ultimately, this means we can only get to know God by searching constantly, by trying to understand what God is and how He must be the touch-point for everything we do.

God is described as a mother eagle:

“As an eagle stirs up its nest, and hovers over its young as it spreads its wings, takes them up and bears them aloft on its pinions, the Lord alone guided him…”

Albert Einstein said ‘I do not believe in a personal god….. If something is in me which can be called religious then it is the unbounded admiration for the structure of the world so far as our science can reveal it.’

Is that enough for you? Every person has their own unique relationship with God, even if it is only rejection of the idea of God.

No-one can answer the question ‘Who is God’ for you. You must work it out yourself. But remember, millions and millions of people have grappled with the question before you. Draw on their wisdom, and have confidence in your own.

God is ?   Michelangelo, hands of God and Adam