Who is Anna in Luke’s gospel?

What happens when she sees Jesus? 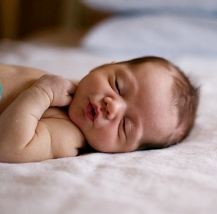 She sees the infant Jesus at the Temple in Jerusalem, with his parents

Some people ‘see’ things hidden from ordinary people. Anna was one of them. (Read Luke 2:36-38 at the bottom of this page).

Who was Anna in Luke’s gospel? 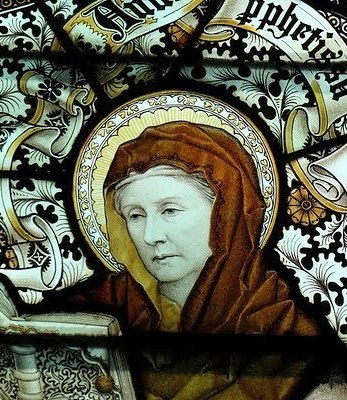 We are given a surprising amount of detail about Anna. We learn about

It’s odd that her age is mentioned. Talking about the age of a person, man or woman, in the New Testament is rare. I can’t think of another example.

But here the text dwells on how long she has lived: the long, long years she has waited for the Holy One of God.

The reader knows too that the Holy One has actually come. Not only that, but Anna holds him in her arms.

What is the point of telling us how old she is? Perhaps it is twofold:

Why are Mary & Joseph in Jerusalem?

Mary and Joseph are there at the Temple because they have brought their newborn son Jesus for the customary ceremony. 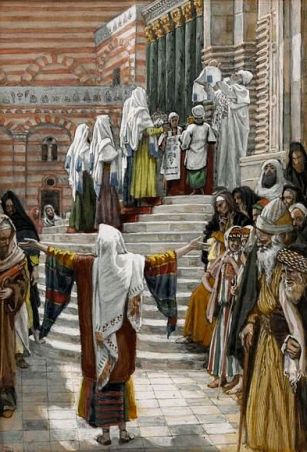 The Presentation of Jesus in the Temple, by James Tissot

After the birth of a male child, the mother was ritually unclean for seven days and had to remain at home for a further thirty-three days after which, on the fortieth day, a purification sacrifice had to be offered (see Leviticus 12:2-8).

Moreover, a first-born child, male or female, had to be ‘redeemed’.

Each firstborn was regarded as holy or consecrated to God. The firstborn of animals was sacrificed, but the firstborn of men and women were redeemed by a payment of 5 shekels when they were one month old (Exodus 13:13, Numbers 18:15, 16).

The Law did not require the child’s presence at the Temple when payment was made, but on this occasion the two ceremonies were held together.

Anna came in just after Simeon proclaimed Jesus to be the long-awaited ‘salvation which you have prepared in the presence of all peoples, a light for revelation to the Gentiles and for glory to your people Israel’. (Luke 2:30-33)

It is not clear from the text whether Anna heard these words, or not.

What happened when Anna saw Jesus? 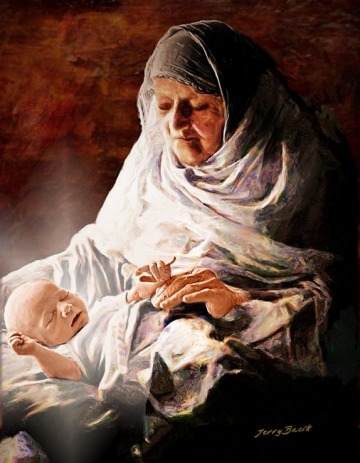 Anna in the Temple, by Jerry Bacik

What is Anna doing in the Temple? We are told that she was constantly at the Temple, day and night.

The words do not mean that she never left it, rather that prayer in the Temple was the focus of her whole life. She is a holy woman concentrating all her remaining energy on communion with God.

At the moment described in Luke’s gospel, Anna steps forward into center stage. Overcome with sublime joy, she begins praising God for what she knows has happened.

The Greek word used by Luke suggests recognition, intuition. She ‘sees’ what others cannot.

Her reaction is immediate and dramatic: she speaks in as loud a voice as she can muster, telling anyone near her about this extraordinary child.

Here, in front of their eyes, is the Being who will bring redemption to Israel.

36 And there was a prophetess, Anna, the daughter of Phan’u-el, of the tribe of Asher; she was of a great age, having lived with her husband seven years from her virginity, 37 and as a widow till she was eighty-four. She did not depart from the temple, worshiping with fasting and prayer night and day. 38 And coming up at that very hour she gave thanks to God, and spoke of him to all who were looking for the redemption of Jerusalem.

Anna/Hannah means ‘grace’ or ‘favor‘. She is identified as the daughter of Phan’u-el

Phan’u-el means ‘face of God’. His name may be a play on words, since Anna was among the first to recognise the face of God when she saw the infant Jesus.

The main themes of Anna’s story 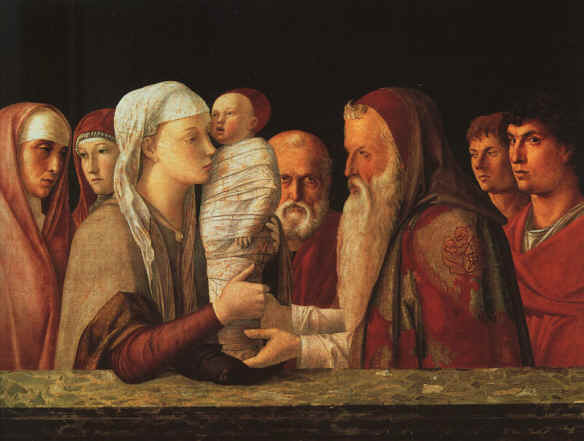 Presentation in the Temple, by Bellini

Bible Study Resource for Women in the Bible: Rebecca – Women of the Old Testament Anna, prophetess, recognised Jesus at the Temple in Jerusalem

Maps of Jerusalem
in Jesus’ time