Delilah & Samson in the Bible

Born to be bad: Delilah

The story of Delilah has four parts:

Delilah and the Philistines Judges 16:4-5

The story of Delilah is set during the period of the Judges, when the Israelites were still trying to gain a foothold in the land they had invaded. 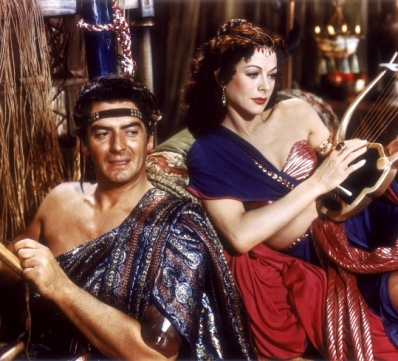 Scene from the film ‘Samson and Delilah’

After this Samson fell in love with a woman in the valley of Sorek, whose name was Delilah. The lords of the Philistines came to her and said to her ‘Coax him, and find out what makes his strength so great, and how we may overpower him, so that we may bind him in order to subdue him; and we will each give you eleven hundred pieces of silver.’ 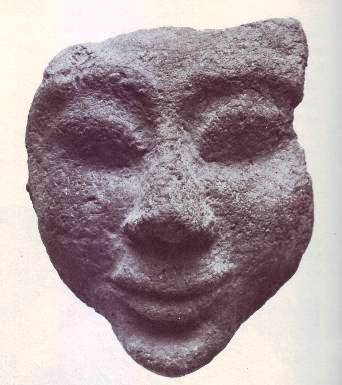 Face of a woman from a Philistine coffin lid, Beth-Shean.
Is this what Delilah looked like?

Delilah is introduced as a woman from the valley of Sorek, which in Hebrew means ‘vineyard valley’. It is about twenty kilometers southwest of Jerusalem. At the time of the story, it was held by the Philistines.

She is not introduced as ‘the wife of’ or ‘of the tribe of’, and we are not told whether she was Israelite or Philistine.

This is unusual. She may have been

Perhaps the story-tellers took it for granted that she was a Philistine. We do not know for sure.

After the approach from the Philistine lords, Delilah set about finding the secret of Samson’s strength.

She asked him these questions three times, Three times he lied to her.

Then Delilah said to Samson ‘You have mocked me and told me lies; please tell me how you could be bound’. He said to her ‘If they bind me with new ropes that have not been used, then I shall become weak, and be like anyone else’. So Delilah took new ropes and bound him with them and said to him ‘The Philistines are upon you, Samson!’ (The men lying in wait were in an inner chamber.) But he snapped the ropes off his arms like a thread.

Look at the answers Samson gave…

The answers have some significance. They suggest a superstitious belief in magic and sacred numbers:

Each time, when Delilah called out ‘The Philistines are upon you’, Samson immediately broke the bonds.

Delilah was asking him to trust her enough to reveal his own weakness, perhaps to let go of the need to be in control, but he was reluctant to do this.

The story was told by someone with an insight into human psychology. Samson recognized her power over him, and struggled fruitlessly against it. 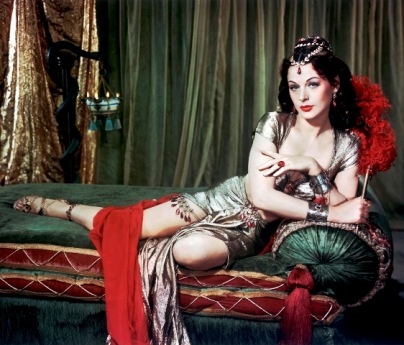 Ultimately, Delilah’s persistence paid off. Samson confessed to her that the secret of his strength was that he was a ‘nazir’.

Then she said to him: ‘How can you say ‘I love you’ when your heart is not with me? You have mocked me three times now and have not told me what makes your strength so great.’ So he told her his whole secret, and said to her ‘A razor has never come upon my head; for I have been a Nazirite to God from my mother’s womb. If my head were shaved, then my strength would leave me; I would become weak, and be like anyone else.

Samson was a ‘nazir’

Being a ‘nazir’ meant that Samson

Delilah was angry. ‘Three times you have deceived me,’ she said. Finally he told her the truth. ‘ I am strong because my hair has never been cut. If it were cut I would lose all of my strength.’ This time Delilah knew he told the truth. She sent a message to the Philistines. ‘Come and get him’, she said.

Soldiers who fought a ‘holy war’ often left their hair long – this is hinted at in a previous description of soldiers in Deborah’s army (Judges 5:2). We know that ancient Spartan soldiers going into battle unbound and tangled their long hair, to make them look more frightening.

Samson had to explain the customs of a Nazirite to Delilah, which suggests that she did not already know them. Had she been an Israelite, she would surely have been aware of them.

But Delilah recognized the truth when she finally heard it. She did not need to test it, as she had in the previous three incidents. She sent a message to the Philistine lords.

The Philistine lords came, bringing the money promised to Delilah.

It’s all very well to condemn her, but that money would free her from economic bondage for the rest of her life. As a courtesan without the protection of a family or husband, she needed transportable wealth – usually coins or jewelry.

‘She let him fall asleep on her lap; and she called a man, and had him shave off the seven locks of his head. He began to weaken, and his strength left him. Then she said ‘The Philistines are upon you, Samson!’ When he awoke from his sleep, he thought ‘I will go out as at other times, and shake myself free’. But he did not know that the Lord had left him.’

The moment of betrayal: Samson realizes it is Delilah who has betrayed him to the Philistines. Detail from Van Dyck painting

What did Delilah feel for Samson?

Throughout the whole Bible story, Delilah’s emotions are not mentioned. This dehumanizes her, as if she was detached, uncaring.

But there is something very moving in the picture of Samson sleeping with his head in Delilah’s lap, unaware of the forces assembling against him. Unless she had good reason to hate all Israelites, Delilah must have felt some pity for him.

What happened to Samson?

Samson believed that if his hair was cut, his superhuman strength would disappear, and it did. In the words of the Bible, ‘the Lord had left him‘.

We do not know the terms of the arrangement Delilah made with the Philistine lords, or what she expected would happen to Samson. In the context of the times, she probably expected a quick death for him, rather than the protracted torture which eventually followed his capture. 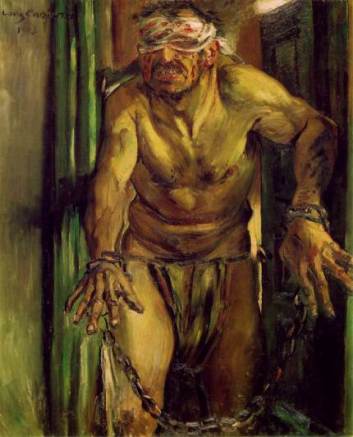 But in one of the most dramatic sentences in the Bible, Judges 16:22 gives an ominous glimpse of what is in store for the Philistines – ‘but the hair of his (Samson’s) head began to grow again..‘.

From that moment, we hear no more of Delilah. Samson will kill himself and many people when he topples the building at the great celebration in honor of Dagon, a fertility god and patron of the city of Ashdod (Judges 16:23-31), but there is no mention of her.

It seems likely that she was absent from this horrifying event. If she had been among the dead, this would surely have been noted. 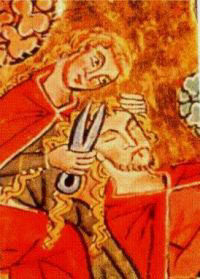 Delilah is a play on the Hebrew word laylah, which means ‘night’; it can also mean ‘flirtatious’, or ‘sexy’. Delilah’s morals were lax. She was probably a high-class prostitute – in today’s jargon, an ‘escort’.

Samson means ‘the sun’. Because their names mean ‘night’ and ‘day’ the story may be based on an ancient myth about the struggle between night and day, sun and moon, darkness and light. This theme was common in Middle Eastern mythology.

Read about more women
from the Old/New Testaments