1 Jesus enters her house, finds her ill, and cures her

This is a simple story about an unpretentious woman, Peter’s mother-in-law. She is nameless, because the focus of the story is on Jesus’ miracle, not on her. Yet her story has been told in all Christian lands.

We hear the story from the apostle Peter’s point of view, and one can imagine it being told and re-told many times, as family stories are.

The event took place on the Sabbath, and the house in which the miracle occurred may have been quite close to the local synagogue at Capernaum which the men of this family were attending.

The gospel words make this clear “and in due course they left the synagogue and came straight to the house of Simon and his brother Andrew.”

James and John were in the company as well – so the house would have been filled with a number of large, healthy, hungry men, all needing to be fed.

But the woman of the house, who might have been expected to prepare food, was ill. 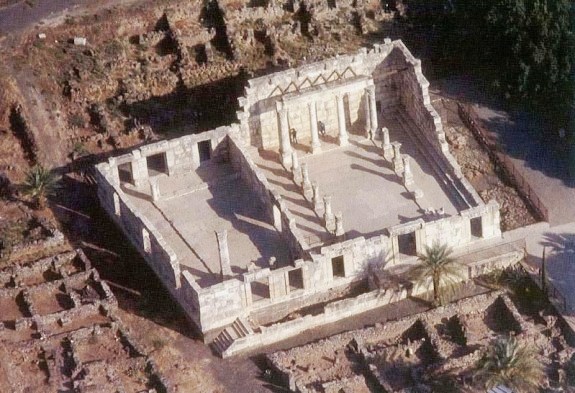 Ruins of the synagogue at Capernaum – not the one Jesus visited, but a later one probably built on the site of the former synagogue

It is not possible to know what disease had caused the illness of Peter’s wife’s mother, for in the ancient world fever was regarded as an independent disease and not as a distress accompanying an illness.

Fever was described as a fire, and this thought is expressed in several of the names given to it; fever is “a fire in the bones”. There were fifteen Hebrew and Aramaic names for fever and several remedies used against it.

There were also, incidentally, rabbinic rules for visiting with the sick. Visitors were not permitted to sit on the bed (very sensible) but were to stand or sit upon the floor near the bed.

What did Jesus do?

Jesus was alerted by Peter and the others to the condition of Peter’s mother-in-law. In response, Jesus stood beside the bed, seized the woman’s hand and lifted her up.

Immediately the fever was removed and there was no sign of the weakness which might be expected in a person who had been running a temperature. 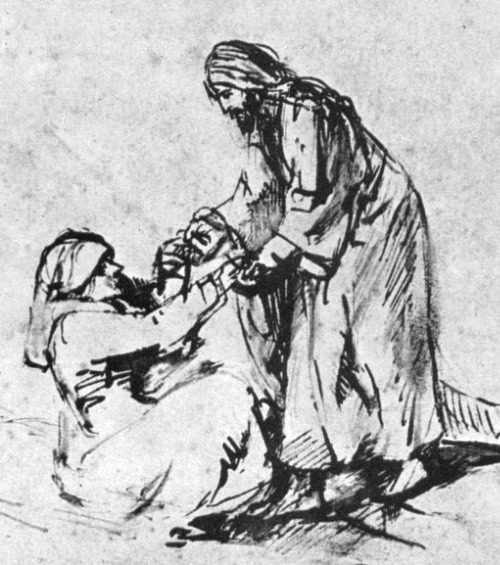 Peter’s mother-in-law immediately got to work, preparing food for the evening meal (this link takes you to a page about food in ancient Israel; there’s even instructions on how to cook locusts, as John the Baptist did). 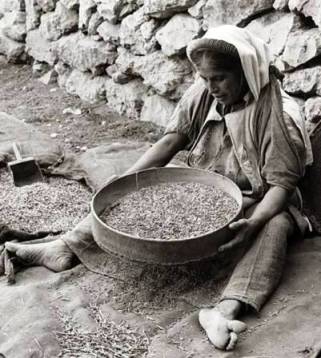 There was no fuss, no halleluiahs, about the mother-in-law’s cure. Life in the home of this practical, no-nonsense woman simply returned to normal.

It is an event which tells us something important about Peter, his mother-in-law (who held the highest status among the women of the household) and his wife and children: what it meant for Peter to face up to Jesus’ summons to follow him.

Peter had a family and a home for which provision had to be made; and yet the call to be a fisher of men demanded total commitment to Jesus.

It cannot have been easy for anyone, especially the family members.

The house of Peter’s mother-in-law became almost a headquarters for Jesus from this point, whenever he was in Galilee. 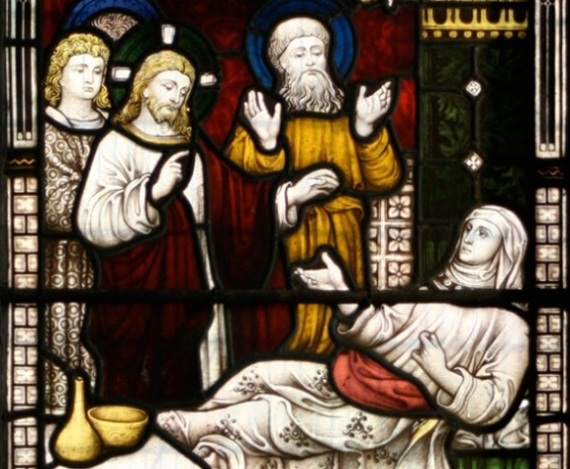 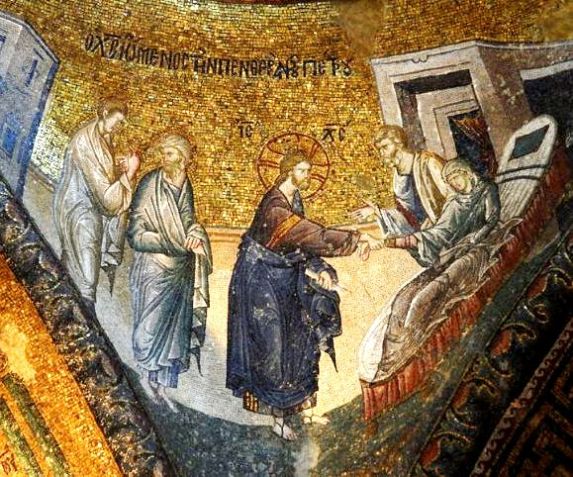 Jesus, the mother of Peter’s wife and the apostles. Mosaic from a church ceiling; notice the synagogue at left and the mother-in-law’s house at right 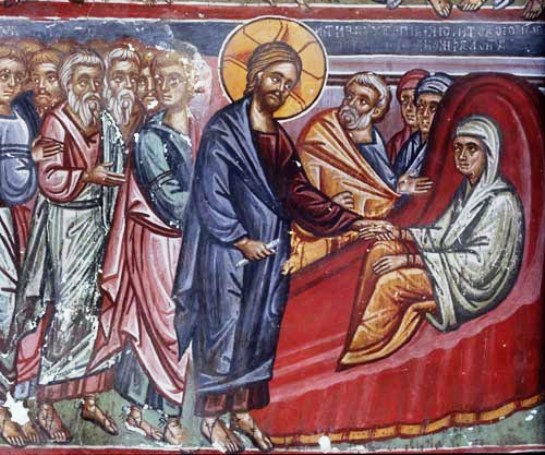 Christ healing the mother of Peter’s wife of Peter 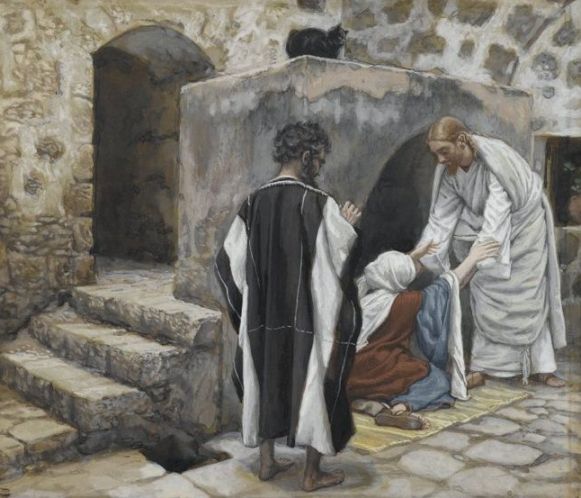 Healing of Peter’s mother-in-law, James Tissot; this painting suggests that the mother of Peter’s wife had made a brave attempt to welcome Jesus into her house, and collapsed as a result

Matthew 14 When Jesus came into Peter’s house, he saw Peter’s mother-in-law lying in bed with a fever. 15 He touched her hand and the fever left her, and she got up and began to wait on him.

Mark 29 As soon as they left the synagogue, they went with James and John to the home of Simon and Andrew. 30 Simon’s mother-in-law was in bed with a fever, and they immediately told Jesus about her. 31 So he went to her, took her hand and helped her up. The fever left her and she began to wait on them.

Luke 38 Jesus left the synagogue and went to the home of Simon. Now Simon’s mother-in-law was suffering from a high fever, and they asked Jesus to help her. 39 So he bent over her and rebuked the fever, and it left her. She got up at once and began to wait on them. 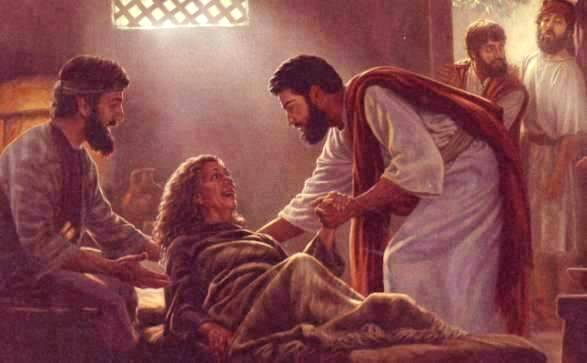 Jesus cures the mother-in-law of Peter of her illness

Jesus cures Peter’s mother-in-law of a fever.
She cooks a meal for Jesus and his disciples.