Ancient Rome was the center of the most powerful empire in history. It was truly magnificent.

See a photograph (below) of the supporting capital for the roof of a temple in 1st century Rome.The plain white marble looks wonderful – so elegant. But originally the column, the carvings and the whole temple was painted in bright colors, reds and blues, with gold leaf accents. The great Temple in Jerusalem was just as flamboyant. 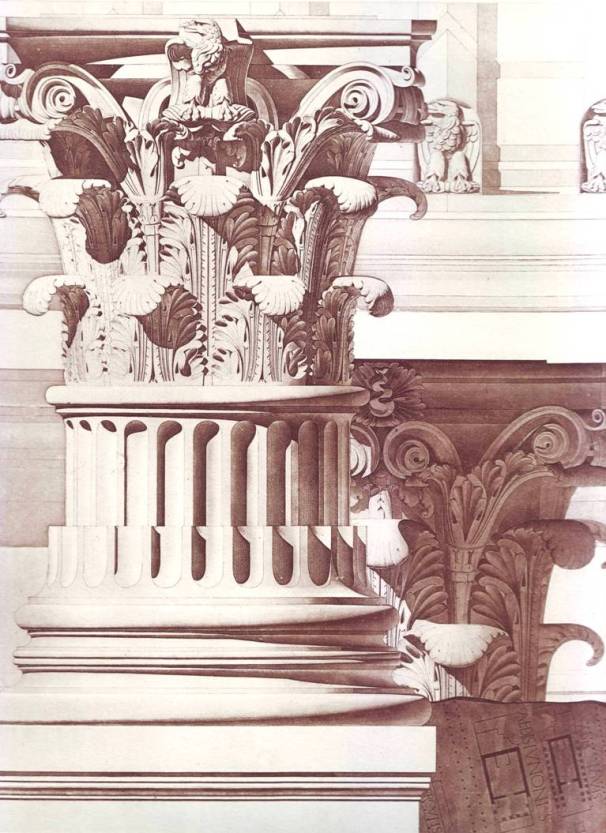 By contrast, the first Christian services were held in the homes of ordinary people – whether rich or poor. Can you imagine the contrast between an early Christian home-church, and the magnificent temples in cities and towns throughout the Roman empire?

Christian worship was accessible to ordinary people because

Part of the reason Christianity became popular was that Christian worship was a complete contrast to worship in, for example, the Jerusalem Temple, or in fact any temple in the ancient Roman world. Christians, ordinary people, could be involved in the ritual. This was new for people at that time.

Ancient temples separated priests and people. They were meant to impress, to awe, to give a sense of the divinity they housed. The first Christian churches let ordinary people be involved – in fact, they encouraged it (at first). The great marble temples got left behind by the simple house churches in 1st and 2nd century Rome and its empire.

The Roman writer Juvenal, describing the preparations for one of the sacrifices in Rome: 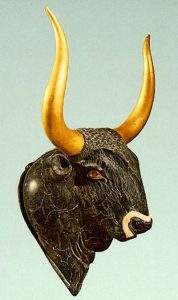 ‘To the Queen of Heaven I offer a snow-white lamb….nearby is a frolicking victim to be offered to Jove … a bold young steer. Were my fortune large and as ample as my love (for the god), I would have hauled to the altar a fat bull, so fat he would have had to move slowly, marching along to offer his neck to the blow of the strong-armed priest.’ 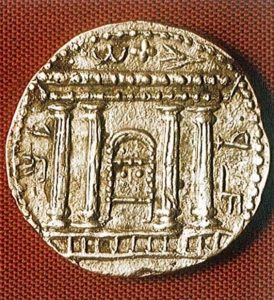