A woman/priestess/goddess sits opposite a seated man/priest/god. The sacred tree or asherah is at the centre and the snakes symbolize fertility. The scene may be linked to the temptation of Adam and Eve in the Garden of Eden. Greenstone cylinder seal, ancient Mesopotamia, 2200-2100BC, with clay imprint of the seal.

In 1932 an archaeologist, E. A. Speiser of the University Museum of Pennsylvania, discovered a seal near the bottom of the Tepe Gawra Mound twelve miles from Nineveh. He estimated that the seal came from about 3500 B.C. 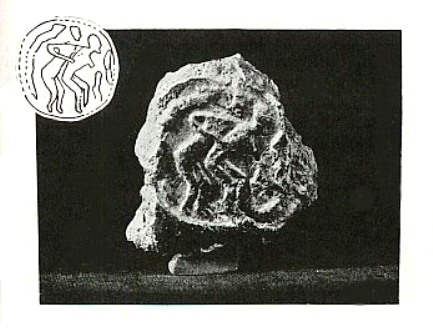 Seal with naked man and woman

It shows a naked man and a naked woman, both bent over as if they were oppressed or downcast. Behind them, partly broken, is a serpent (see drawing in upper left of image).
The seal is small, only about one inch in diameter, engraved on stone, and now held in the University Museum in Philadelphia.

As Speiser pointed out, the image on the seal seems to suggest the Adam and Eve story.

What is the ‘serpent’?

Snakes or serpents are common in ancient mythology – from Adam and Eve, the Greek myth of Medusa, to Australian Aboriginal stories of the Rainbow Serpent. 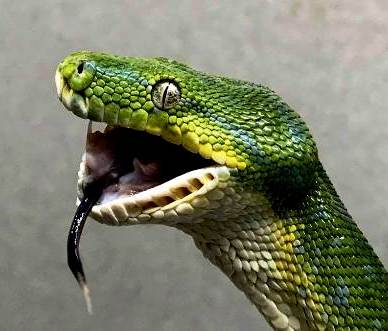 Despite the fact that they could inflict a painful, even fatal bite, snakes seem to have been part of many ancient religious ceremonies. 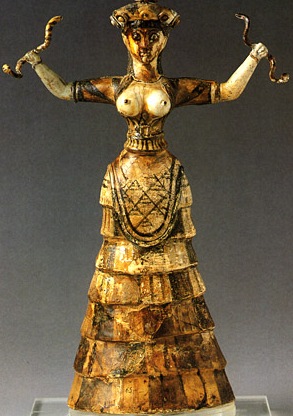 The statue of the Snake Goddess or priestess (see right) in ancient Crete is an example.

There is no way of knowing the symbolism behind the statue of a bare-breasted woman holding a live snake in each hand. Perhaps the fact that snakes shed their skin each year made it seem as if the snake had moved on to a new life – resurrection, or life after death.

What we do know is that the snake was important in Near Eastern religions other than Judaism. For this reason it may have been a symbol used by enemies of the Jewish people – and so something associated with evil.

What was the Garden of Eden?

Gardens were well-known in the ancient world, but they were usually reserved for the rich. Great effort was needed to build and maintain them. The point of the story in Genesis is that God gave the garden to Adam and Eve without them having to expend any effort at all.

It represented Nature as it was meant to be, in a time before Sin entered the world.

Where was the Garden of Eden?

The Trees of Knowledge & Life

People believed that God had made every type of plant and tree for a particular purpose. Each plant was useful in some way.

It was up to humans to discover what benefit they could derive from the plant, and then use it wisely. 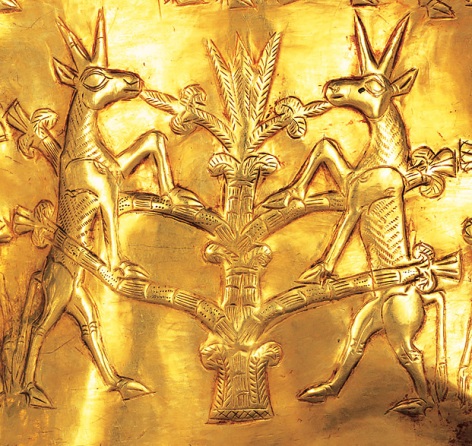 Excavated rhyton (drinking vessel) showing the Tree of Life, Iran circa 1,000BC

The idea may have sprung from the story of the two trees in the Garden of Eden:

Each of these sacred trees had a particular purpose:

In fact, the Genesis stories explain why things are the way they are: