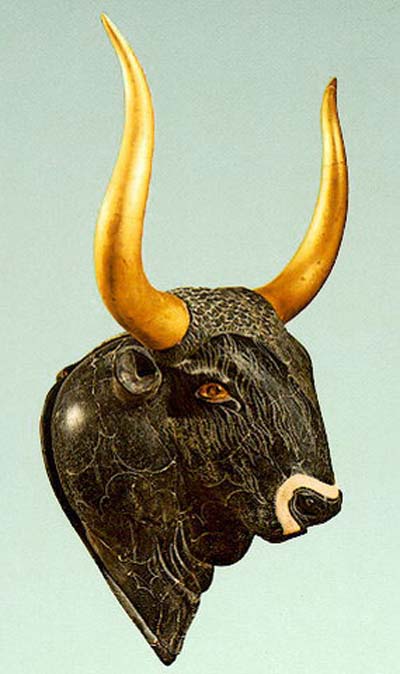 One of the early stories of Exodus 32 tells that when Moses delayed coming down from his encounter with Yahweh at Mount Sinai, the people despaired of seeing him again. In their confusion, they demanded that Moses’ brother Aaron make them gods to worship.

What does this mean? Were they abandoning Yahweh?

Not really. The Hebrew word for God has a plural form. In making this demand the people probably intended to keep the worship of Jehovah but have a visible representation of the god. But the meaning is not completely clear.

Under pressure, Aaron gave in. He ordered the men to collect the women’s gold jewellery – did the women resent having to give up their precious things?

Then from the rings, nose-rings and ear-rings, Aaron made a molten calf – a bull-calf was the sacred animal of the rain god Baal. (Exodus 32:1-4).

An altar was hastily built and burnt sacrifices were offered, Aaron presumably officiating. 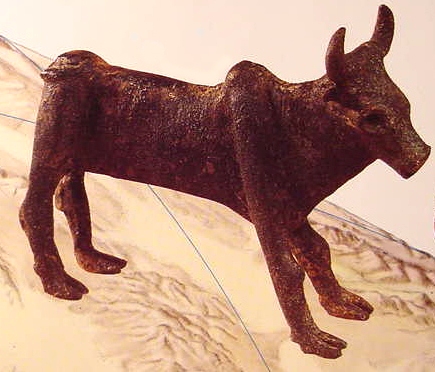 Aaron proclaimed a ‘festival to the Lord’ to be held in front of the Golden Calf.

This is important because it seem to link the story to another – in I Kings 12:26-30. In this other story, Jeroboam makes Golden Calves, using exactly the same phrase that is given to Aaron in Exodus: “Behold your gods, O Israel, who brought you up out of the land of Egypt.”

Does this mean that Aaron was the founder of a popular cult that combined Yahwism with other non-Mosaic elements? Might this have extended to worship of a golden calf? 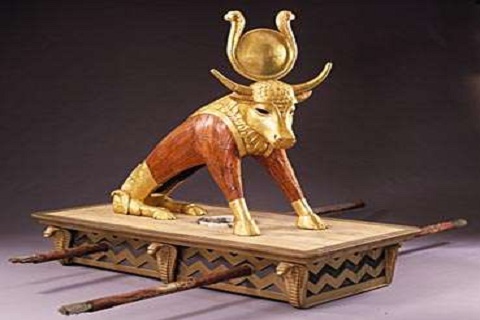 Whatever his motives, Aaron soon had his comeuppance. When Moses returned he was enraged at what he say, and took his vengeance on the people (32:19-29). Calling on the Levites to aid him in re-asserting his authority, Moses sent them through the camp to ‘slay every man his brother and every man his companion and every man his neighbour’ (Exodus 32:27), by which action the Levites ‘ordained themselves for the service of the Lord’ (32:29). 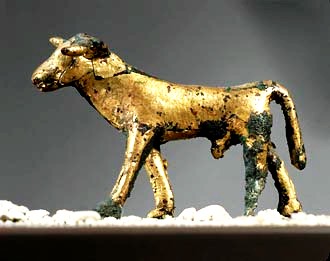 Many scholars believe that the story of the Golden Calf and its sequel contain the echoes of tensions which developed between the House of Aaron and the tribe of Levi.

There is another bit of evidence of opposition to Aaron’s supreme position. This comes from the story of the rebellion of the non- priestly Levites, led by Korah (Numbers 16), who rose against Moses and Aaron and demanded the priesthood for themselves.

On this occasion, Aaron faced the rebels at Moses’ side and, when the leaders had been destroyed (16:25-35) and their supporters punished by a plague, Aaron and his censer stopped the plague from spreading further among the people (16:40-50).

The incident is rounded off by the account of the miraculous flowering of Aaron’s rod as a sign that the Lord had chosen him above all his fellows (17:1-11). Was this a good example of hindsight in the Bible stories? 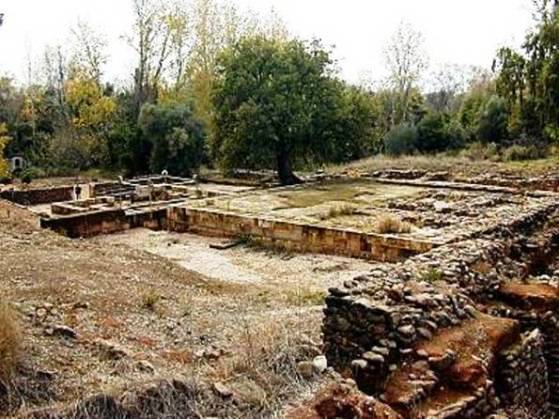 After the breakup of Solomon’s kingdom Israel, once united, broke in two to form Israel in the north and Judah in the south. Israel, rich agricultural land, was always more partial to the Nature gods, and King Jeroboam of Israel erected a Golden Calf in the northern city of Dan for his people to worship. The photograph above shows remains of the Temple at Dan built at this time. Somewhere here stood a Golden Calf…

Moses on the mountain