Who was Amos?
What was happening
What’s in this book?
Best bits?
It helps to know that…
Bible study activity 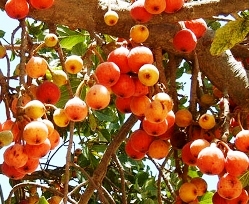 What do we know about him?

He was a sheep-farmer from east Judah. He did a seasonal job as a ‘pricker’ of sycamore trees – the fruit was punctured to make it ripen faster.

He seems to have known a lot about city life, and been educated, so he was multi-skilled. 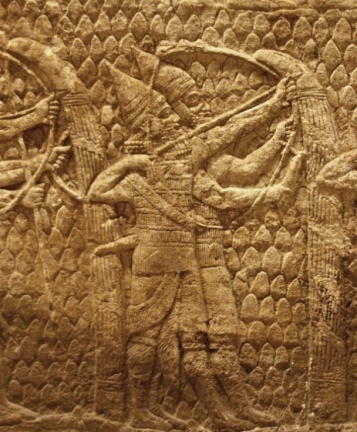 Amos wrote during the reign of Jeroboam II (787-747BC), at a time when Assyria was beginning to flex its muscles and threaten Judah/Israel. Israel had been comfortably at peace for some fifty years, and during that time the rich had become richer and the poor quite a bit poorer.

Amos was trying to shake the people out of their complacency, face up to the reality of impending Assyrian aggression, which he interpreted as a sign of God’s displeasure. Israel’s decay, Amos believed, was being hastened by its drift towards paganism and worship of agricultural gods like Baal and Asherah.

What’s in this book?

It’s payback time. In nine short chapters the prophet Amos tells his audience that they are doomed. No if’s or but’s. Doomed. Unless, of course, they change their ways.

God has tried everything to bring them to their senses: withheld rain when the crops were dry, sent mildew and locusts onto the plants, let the young men be killed in battle. Nothing worked with these obstinate people.

They had grown used to thinking of God as a sort of older family member who could be called on whenever they needed help, a powerful older brother who was there to help them.

They were confident that the day was coming when God would make them the overlords of all the other nations. They called this the Day of the Lord, but it had less to do with the Lord than with their own ambitions.

Amos was telling them that God was not a national convenience, and that unless they changed their ways God would let the ruthless Assyrians enslave them.

‘Alas for those lying on ivory beds…’

Amos 6:4 ‘Alas for those lying on ivory beds and sprawling on their divans, …. drinking wine from bowls’

Amos 2:6. Israel ‘sells good people for silver, and the poor for just a pair of sandels;…father and son go in to the same girl, so that God’s holy name is profaned.

Amos 9:9. ‘For lo, I will shake the house of Israel among all the nations as one shakes with a sieve, but no pebble will fall to the ground.’

It helps to know that… 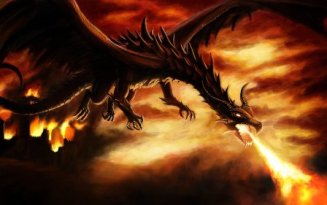 The Dragon of Chaos

Bible Study Resource: Prophets and books of the Bible: Amos