Family in the Bible

Most people use ‘family’ to describe blood kin. The Bible uses it in a wider sense.

The Israelite family included not only people united by blood, but also servants and even foreigners who lived with and served the family. The group could be very numerous, something like a clan. Its members had common interests and duties, and knew they could rely on family members to protect and shelter them. 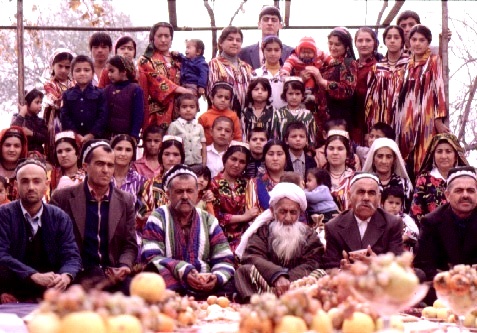 Who was the boss?

A good example of the shared responsibilities of these two appears in the stories about Abraham and Sarah. Each had their own sphere of influence where their word was law.
As in all families, personalities shaped what happened. A strong woman or man could dominate their partner and so influence matters that were, strictly speaking, outside their sphere. 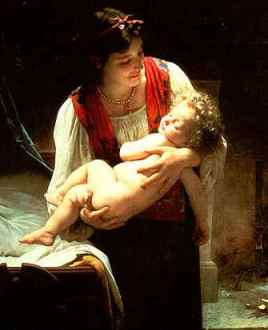 Mother with her young child

The purpose of a family was to provide for its members and beget legitimate children. Romantic love was wonderful, but only when it happened between husband and wife.

Whom could you marry?

Modern laws about consanguinity do not seem to have applied, at least in the early, patriarchal period. Abraham’s wife Sarah was his half sister (his father’s daughter by a different mother) and that seemed to have been acceptable at the time.

The Law of Moses later prohibited such marriages – ‘You shall not uncover the nakedness of your sister, your father’s daughter or your mother’s daughter’ (Leviticus 18 :9, also 11; 20:17; Deuteronomy 27 :22).

But as late as David’s reign marriages between near relatives were still accepted as a possibility in an emergency. You can read the heart-rending story of the rape of Tamar in 2 Samuel 13. Here the raped royal princess, daughter of King David, tries to retrieve her honor by suggesting marriage to the half-brother who raped her.
Tamar: tragic Bible princess has the story.

The Law of Moses also forbad the marriage of two sisters to the same man (Leviticus 18:18) which was the case in Jacob’s marriage to Leah and Rachel. Rachel’s story and Leah’s side of the story describes the mischief such a marriage can create.

Every member of the family had responsibilities to other members of the group.

The term ‘brother‘ was used to mean all the members of a family (or tribe), each one of whom had an obligation to help and protect the others when necessary.

The term ‘go’el’ was also used. A ‘go’el’ was a protector with an obligation to help (Boaz was the go’el of Ruth). This was a close relative who would

The gravest duty was the ancient tribal obligation of blood vengeance for a murdered brother (11 Samuel 3:27; 14:11).

The same term was extended to the relationship of God to his people. Yahweh was the ‘go’el’ of his people. He was the nearest kinsman with the appropriate responsibility to act as their saviour or ‘redeemer’.

When did things change?

These very close family ties and responsibilities belonged essentially to the tribal organization of the early period of Israel’s history. 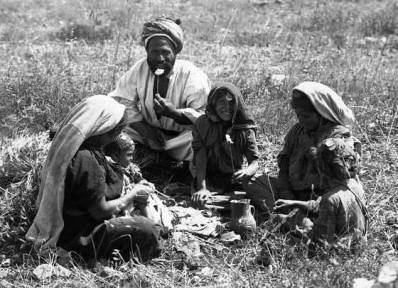 Settlement and urban life brought change. Although family ties existed among people in villages, town life meant the end of the extended many-generation patriarchal family. Excavations have revealed that small houses became the fashion. A son ‘built a house’ when he married.

The rule of King David saw the tribal form of society transformed into one of king and subjects, employers and workmen, rich and poor. The authority once exercised by the head of the clan passed to the elders of the town.

Monogamy, rather than polygamy, became the rule rather than the exception – though even in the time of Jesus, a king like Herod could have numerous wives. 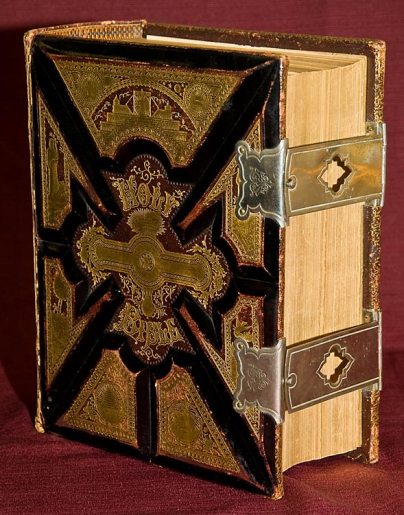 The family was of paramount importance in biblical times. It provided protection, a work force, and shelter for children. It was large, including not only blood kin but people who worked for the clan.

There were strict laws about who you could or could not marry, and preference was given to blood kin when it came to choosing a husband or wife.

Women in the Bible were not as down-trodden as modern writers like to think – read about the women in Genesis, who certainly had a say in major decisions. Or Ruth and Naomi, who maneuvered Boaz into marriage…

Now that was a family…

Read about the fascinating women
of the Old and New Testaments