Jephtah in the Bible – tragic warrior 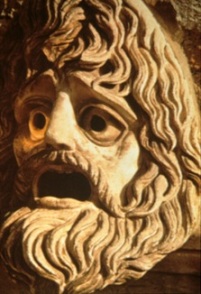 Jephtah/Jephthah,  illegitimate son of a prostitute, a man of exceptional military skill and courage, an inspiring leader with one fatal flaw
Jephtah’s daughter, loved by her father but forced to be a human sacrifice to fulfil his vow
The elders of Gilead, leaders of their people in the mountainous region east of the Jordan River

Jephtah’s family – or lack of it

Jephtah is one of the great tragic figures of ancient literature.

He was born into a cruel world. His father already had a family: Jephtah was illegitimate and his mother was a prostitute, so on two counts he was a social outcast. 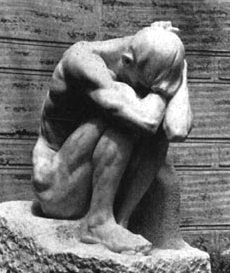 By the time he was a young man his brothers, the legitimate sons of his father Gilead, ran him off the family land, expelling him from home and family – and effectively giving him a death sentence. A man without a tribe or family was defenceless.

The sons’ motives may have been mixed:  Jephtah was aggressive, a born fighter, and probably not easy to live with.

But there was another reason: as far as the legitimate sons were concerned, their share of the inheritance would be less if Jephtah was given a portion of his father’s estate.

At some stage in the story, Jephtah had a daughter – there is no information about the mother of this little girl. The girl seems to have been his only child, the apple of his eye.

Jephtah as a guerilla fighter

When Jephtah left his family he took to the hills, living on his wits. 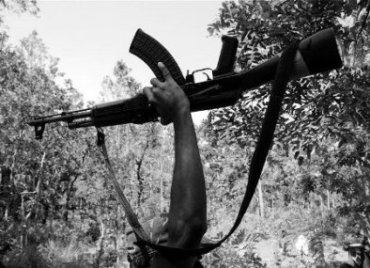 He may have been an outcast, but he had exceptional talents as a leader and a fighter and was a charismatic man. Soon there was a group of bandits and outlaws gathered around him.

Jephtah and his men live by raiding the traders’ caravans and the herds of more law-abiding people, and were a continual thorn in the side of the authorities.

But war came to the area, and in this emergency the elders of Gilead went to Jephtah and asked for his help.

Jephtah mocked them at first – ‘Didn’t you drive me out of my father’s house, didn’t you reject me?’ he asked. But the elders persisted, and finally Jephtah agreed – on condition that he was made leader. If he succeeded it would make him a hero and wipe out the stain of his illegitimacy  He went with them – no longer rejected, he was feted and honored. 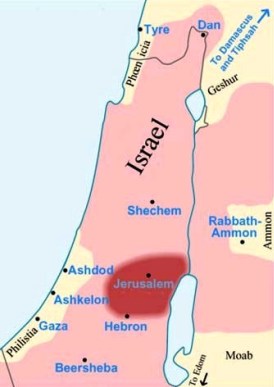 The enemy was the Ammonites, who invaded the territory of the Israelites, claiming that the land was originally theirs – which it was (see the map at right, showing the position of Ammon).

Jephtah tried diplomacy at first, arguing back and forth with them. The Israelites, he said, won the land in a fair fight, and had lived there and cultivated the land for many years. It was theirs by right of battle and of occupation.

The Ammonites rejected this argument, and insisted that the land was still theirs. ‘Let the Lord, who is judge, decide….’ said Jephtah. He prepared for battle.

Jephtah know that victory was by no means certain. His troops were courageous and willing, but not well-armed or trained – they were citizen militia. But his desire for acceptance fueled his ambition, and under its influence he made a stupid and cruel vow.

As he approached the hour of  battle he made a bargain with God: ‘If you will give the Ammonites into my hand, then whoever comes out of the doors of my house to meet me, when I return victorious from the Ammonites, shall be the Lord’s, to be offered up by me as a burnt offering’. In other words, a human sacrifice in exchange for victory.

Jephtah won the battle, and was feted and honored as the savior of the Israelites. It was a great triumph for someone who had been a despised outcast.

But tragedy was about to strike. As he approached his house, his beloved daughter ran out to meet him, leading the women singers who greeted returning warriors. A horrified Jephtah knew he must sacrifice her to fulfill his promise. He was caught in a trap. 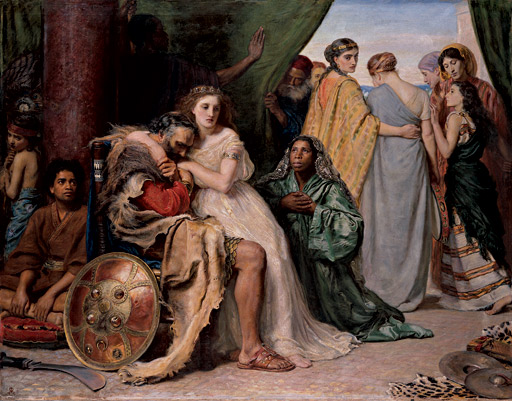 A death sentence for Jephtah’s daughter

When she was told of the promise, the girl responded with dignity and what sounds like restrained anger. 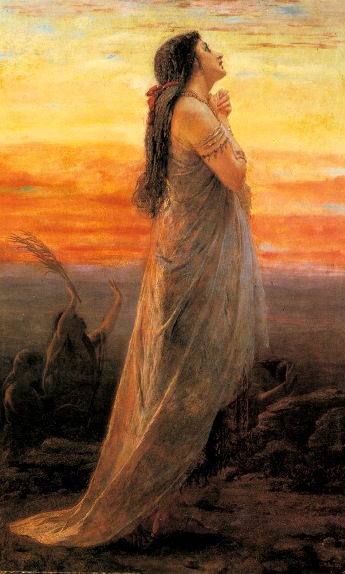 She accepted the fact that she would die, but she made one condition: that for two months she be allowed to live in the mountains with her companions. There she lamented that she would never know a man’s love, and never hold her child in her arms. (See ‘Jephtah’s Daughter, by Kevissimo, below.)

She returned, and the vow was carried out. The exact method of her death is unknown. If she was a burnt offering, she would have been first killed with a knife, and then her body burnt.

Jephtah was not to be left in peace to mourn his daughter. The fighting continued, this time from a different quarter.

Men from the neighboring tribe of Ephraim were disgruntled that they had not been included in the battle, and had therefore missed out on the plunder. In the fighting that ensued, many were slaughtered.

Jephtah’s men took to killing every Ephraimite they met, and devised a horrid little test to discern who was an Ephraimite and who was not. The Ephraimites could not pronounce the word ‘shibboleth’, but said ‘sibboleth’. If a captured man failed this test, he was cut down without further ado.

It is recorded that Jephtah lived six years after this, and then died and was buried in his town of Gilead.

Great warriors
of the Bible

Gruesome murder of a pagan king