Jezebel in the Bible 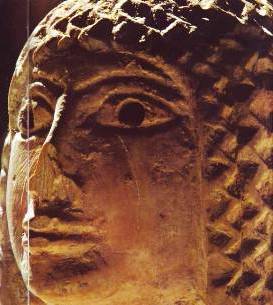 The Divided Kingdom:
Israel & Phoenicia in the north,
Judah in the south

Jezebel was a princess from the rich coastal city of Sidon in Phoenicia, where her father was king.

He had usurped the throne, and was a force to be reckoned with. Strong men often have confident, ambitious daughters, and Jezebel proved to be just that.

She married Ahab, son of a famous warrior king of Israel called Omri, who had also usurped the throne and was one of the great warriors and builders of the ancient world.

So Jezebel’s father, and her father-in-law were both dynamic, ruthless leaders who went out into the world and took what they wanted. From what we now know about father-daughter relationships, this meant Jezebel was self-confident and assertive right from the word ‘go’.

What was Jezebel’s religion?

When she moved to Israel Jezebel stayed loyal to her own gods, the gods of agriculture and weather. She believed ardently in them, and was probably a High 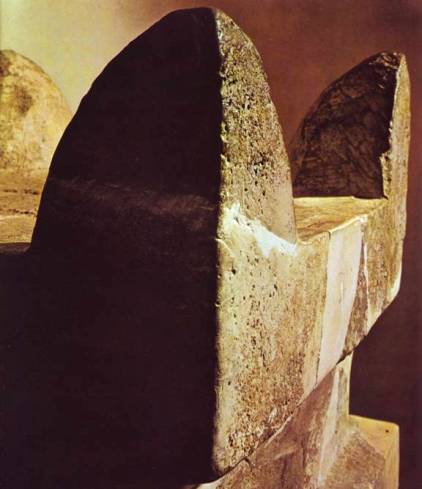 Sacrificial altar from the time of Jezebel

Priestess in the worship of Baal, her most loved god.

Baal was god of storms, rivers and water, but she probably also worshipped his divine wife Asherah, who personified the fertility of all females and was a fierce champion of the family.

When Jezebel presided over worship and sacrifices, she wore the ritual make-up and clothing of a priestess – the heavy make-up of Egyptian Pharaohs and their queens gives some idea of what this looked like.

Monotheism was still in its infancy, and most people in the ancient world venerated a number of gods. The people of Israel wavered between Jahweh and Baal, and there was mutual hatred between the priests of Jahweh and Baal.

Each side was more than happy to murder their opponents. 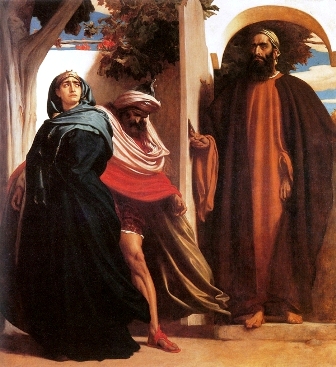 Jezebel, Ahab and Elijah,
by the painter Leighton

Jezebel championed the priests of Baal, and she found herself confronting the Israelite prophet (or as she would have seen him, political agitator) Elijah.

In a dramatic showdown on Mount Carmel, hundreds of her priests were slaughtered by the Jahwist devotees led by Elijah. Jezebel swore revenge, and Elijah went into hiding for a time.

Despite her modern reputation as a floozy, Jezebel seems to have been fiercely loyal to her husband Ahab. He was almost constantly engaged in leading the army and fighting battles, and Jezebel would often have been in charge of keeping government on track while he was away at the battlefield. She grew used to exercising power.

Jezebel’s father in Sidon was an absolute monarch, and she believed that a king’s word was law. But this was not the Israelite view. Many of the tribal groups were still reluctant to accept centralized government, and thought their king had too much power already.

In one incident, Jezebel’s husband Ahab needed a plot of land to grow food for the palace at Jezreel. 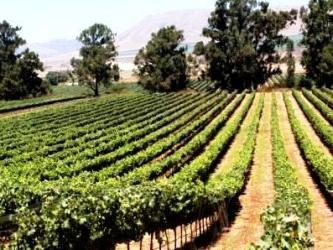 The owner of the land, Naboth, would not sell. He wanted to resist the creeping social change that was occurring all over Israel at the time, as the rich (in the form of landed estates) grew richer and the poor (the general populace) grew poorer.

In this impasses, Ahab fell into a black depression – though a great warrior himself, he always lived in the shadow of his famous father.

Jezebel decided to act. She ruthlessly arranged the judicial murder of Naboth, and took over the land that was necessary for palace expansion. She thought she was within her rights; many people disagreed.

Her husband Ahab died a noble death in battle, and her son Ahaziah succeeded to the throne. 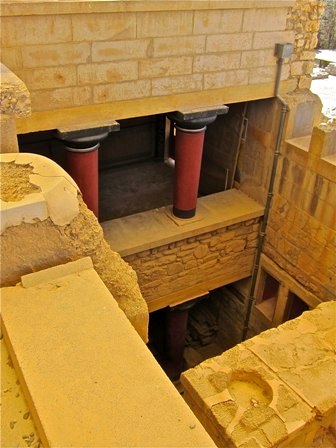 Ancient palaces were multi-levelled, as in the palace at Knossos

Two years later he died in an ‘accident’, falling from a high balcony in the palace. Was he pushed? Almost certainly.

Is it a coincidence that Jezebel would also die falling from a window?

The details  of her son’s death are unclear, but it is obvious there had been some sort of attempted palace coup.

Her second son Joram became king, but after some years he was attacked and murdered by Jehu, a sinister man who had once served in Joram’s army.

Jezebel saw her son die, shot in the heart by Jehu.

In the ensuing violence Jezebel was killed, flung by her own eunuchs from a high balcony. She died as a queen should, magnificent and defiant, hurling insults at her murderers even to her last breath.

She had dressed herself in royal regalia, and applied make-up to her eyes and face, and put on her royal crown – it is from this that we get the expression ‘painted like a Jezebel’. Queens in the ancient world dressed in heavy regalia which had religious and political significance. 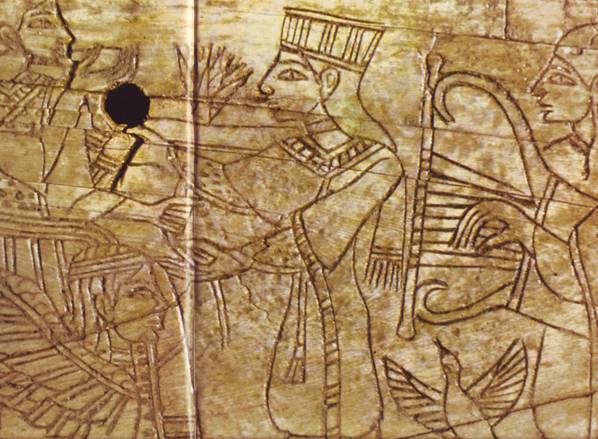 A queen stands before her husband the king – Jezebel may have looked and dressed something like this. This ivory plaque is from the looted palace at Megiddo, where Jezebel lived

When she was thrown down from the balcony she fell onto the pavement of the palace’s central courtyard, and the usurper, Jehu, ran his iron-wheeled chariot back and forth over her dying body. Then he went into the palace for a celebratory dinner.

Afterwards, Jehu remembered that her body was still lying in the courtyard of the palace, and ordered that it be buried. She was, after all, a queen. But the palace dogs had got to it first, and all that remained of this royal woman was her head and her hands. 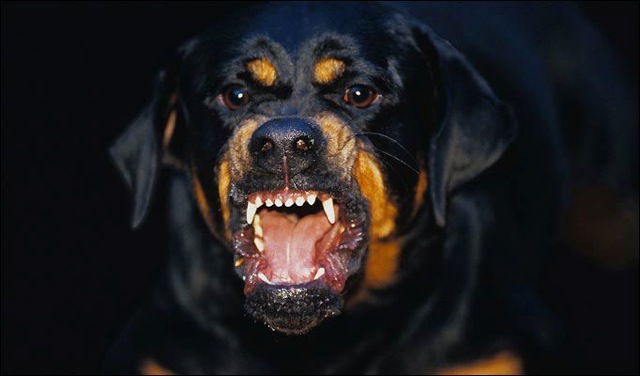 The royal children are murdered

After this, Jehu ordered the murder all of the young men and boys of the royal family, about seventy in all. They were hunted down one by one, and killed by the people who had been entrusted with their care.

Their heads were sent to Jehu in baskets – he ordered they be displayed at the city gates. Then he ordered the deaths of all those who had killed the boys – it was too dangerous, thought Jehu, to let them live.

Thus Jezebel, her family, and all her followers were wiped from the face of the earth. 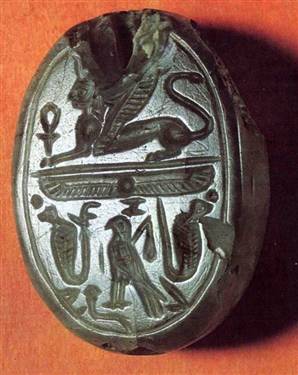 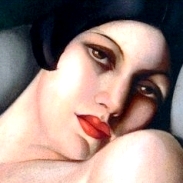 Bad women
in the Bible