Who was Judas in the story of Jesus? 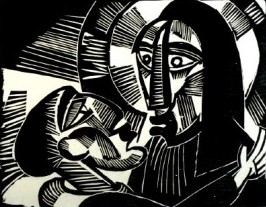 Judas was different from the start

Judas was an outsider. 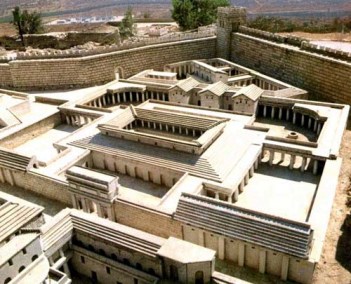 Reconstruction of the Palace of Caiaphas, where the trial of Jesus took place; Peter waited in one of these courtyards

He was the only one of the apostles who did not come from Jesus’ home territory, Galilee.

Instead, he was from Judah, a very different place indeed – much smaller and less fertile than Galilee, but the center of worship and administration in its capital, Jerusalem. As far as the Jerusalemites were concerned, Jesus and his band of disciples were a group of provincial dissidents.

Judas did not fit this picture.

So what was he doing with Jesus? He seems to have had a gift for financial administration.

He was the organizer of the group, the fixer. He took care of the money and how it was spent, saw that the group had lodgings and food – a tour manager, in fact. 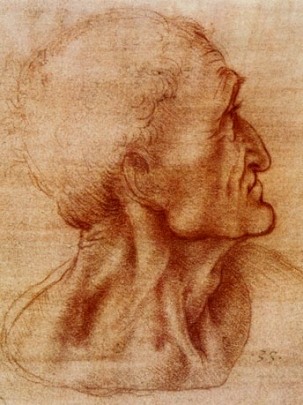 Study for Judas, the ‘Last Supper’, Michelangelo; note that he is turning away from the viewer, turning his back on them

He cannot have been as bad a person as he was later painted, when he joined Jesus. After all, he was a core member of the group, accepted by the others even if he was not really one of them. Some writers have even gone as far as suggesting he was the unnamed ‘Beloved Disciple’ of John’s gospel, reclining next to Jesus at the Last Supper.

Later, in hindsight, John accused him of being mean with money, citing the incident when Judas asked why Mary of Bethany poured expensive perfume over Jesus instead of giving the money to the poor.

This story is used to criticize Judas – but don’t many people ask the same thing today, when they suggest church money should not be spent on paintings, music or new buildings, but rather given to the poor? Jesus said we can do both.

Judas’ actions at that fateful Passover in Jerusalem are well-known – but hard to explain. He went to the chief priests and arranged the betrayal of Jesus.

How did he know they would be sending out a military detail to arrest Jesus? Jesus was certainly in trouble after the fracas in the Temple, but he did not seem to be on the run, not if he could sit down and share the meal now known as the Last Supper.

How did Judas even know who to go to, to arrange the betrayal? John suggests that Judas oversaw the whole thing – picking the hour, naming the place, leading the troop of soldiers and police, and standing there beside them while they arrested Jesus and took him into custody. 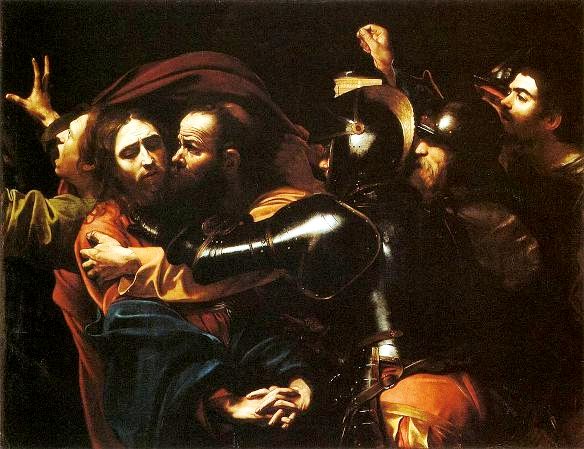 Jesus is Betrayed with a Kiss, Caravaggio

Why did Judas betray Jesus?

Did Judas act with Jesus’ consent? The motive for his action remains a mystery. 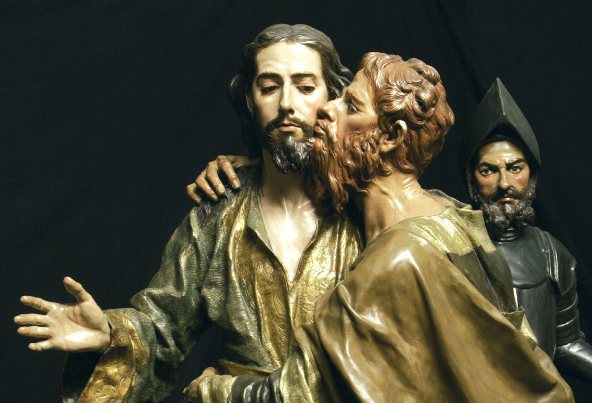 He may have been aghast at Jesus’ attack on the Temple itself – as a Judean, he would have a more profound respect for the sacred nature of the Temple precincts. Jesus had criticized the Temple regulations before, but he had never actually done violence there.

It may have been too much for Judas, who in this dangerous situation decided to throw his lot in with the authorities instead, to save his own skin.

In the end, his betrayal may have been born of fear of the authorities and what they could do to him, rather than rejection of Jesus.

What happened to Judas? 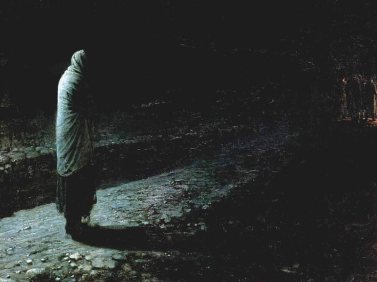 Matthew says he returned to the priests to give them back their money, but they refused to listen to him, so Judas  hanged himself in despair.

The gospels don’t even agree on how Judas died – was it as Matthew says?

Or in a horrible accident that saw him crushed and disemboweled, as Peter describes in Acts?

Famous paintings of the Betrayal

The wife of
Pontius Pilate