Who was King Herod in the Gospels?

King Herod in the Gospels

The New Testament says Herod the Great was a ruthless tyrant who, on hearing from the Wise Men that a new king had been born in Bethlehem, killed all the male children under two years in that town.

There is no other historical record of this incident, but given Herod’s paranoia, it is quite possible that this event really happened. See Slaughter of the Innocents 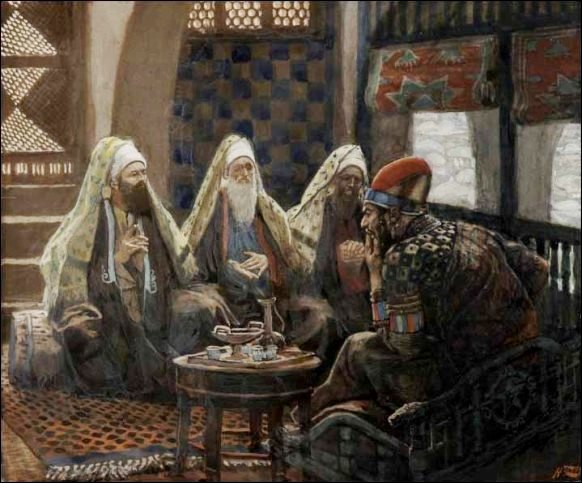 Who was King Herod the Great?

Herod was born in Palestine at a time of political turmoil. His father Antipater, an ambitious and clever soldier, rose rapidly in the service of the king. Eventually he ousted the king from his throne and took it for himself.

Antipater appointed his son Herod as governor of Galilee, and six years later Mark Antony made him tetrarch.

Six years after this the Senate in Rome named him king of Judea and gave him an army to make good his claim.

By the age of 36, Herod was unchallenged ruler of Judea.

To strengthen his hold on power he divorced his first wife Doris and married the beautiful Mariamme, a  princess of the Hasmonean royal family. 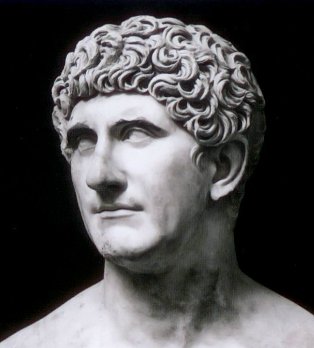 Bust of a Roman, said to be Mark Antony

Herod may or may not have been deeply in love with Mariamme, though the Jewish historian Josephus says he was. But Josephus was dependent on Herod’s favor and always gave him the benefit of the doubt.

Herod supported his patron Mark Antony until he lost the Battle of Actium, when he adroitly switched sides and became an ally and friend of the victor of this battle, Octavian, who became the Emperor Augustus.

As well as being a clever politician, Herod the Great was one of the most prolific  builders of the ancient world. Among other things, he built

His most grandiose achievement was the Temple in Jerusalem, which he completely rebuilt. The platform for this construction is the Temple Mount.

And here’s something you probably don’t know: Herod was the president of the Olympic Games during his reign! 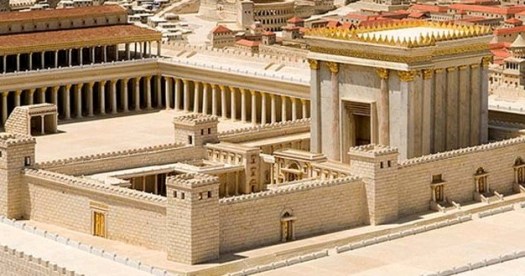 Reconstruction of the Temple of Jerusalem, begun by Herod the Great and completed after his death 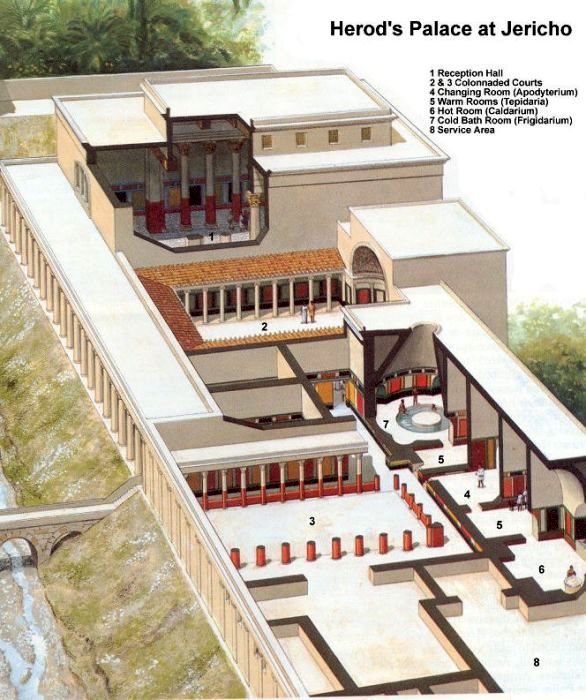 A model of one of King Herod’s palaces, this one at Jericho

Much of what he did was an attempt to make up for his birth – he was of Arab origin on both sides, a fact his Jewish subjects never forgave.

He resented and envied the love his subjects had for the former royal family, the Hasmoneans, and ended up murdering most of the members of that family, including 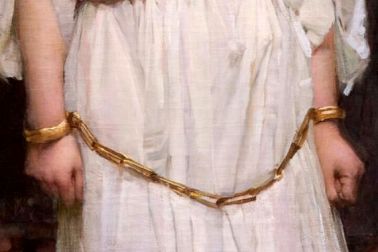 When Herod had his two sons strangled, Augustus commented that it was safer to be Herod’s pig than his son, since Jews do not eat pork… 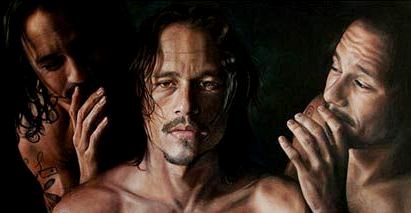 During his last years – the years in which the Massacre of the Innocents took place – Herod descended into madness and paranoia.

He was in great physical and mental pain, and soon after a failed suicide attempt this complex, demented, brilliant man died. 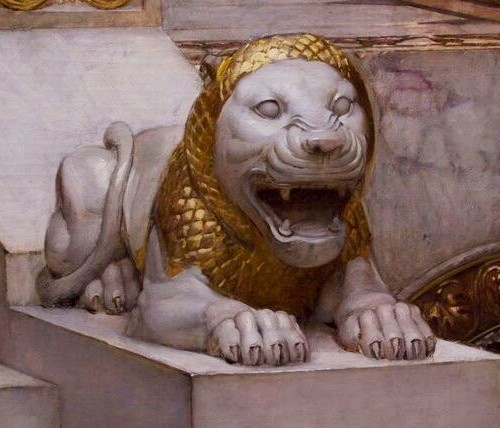 You need to know there were four different men called Herod in the New Testament. It is a dynastic/family name. All were descendents of the founder of the dynasty, Herod Antipater.

Famous Quotes about the four Herods

Slaughter of
the Innocents