The real Mary of Nazareth

In about 5BC a young Jewish peasant girl called Mary menstruated for the first time. In the crowded little two-room house she lived in, everyone knew about it and saw it as cause for celebration.

The dark-haired, laughing women of her family gathered around her with singing, good food and raucous jokes, to mark her entrance into womanhood. This was peasant society at its best, with Mary at its center. 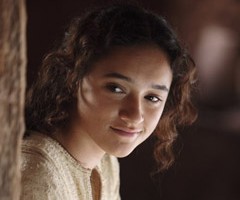 What did Mary look like, this girl who became the most famous woman in history?

Her clothes were homespun wool or linen, loose-fitting, in one of the soft colors of natural dyes – cream, a deep faded pink, or a soft blue-grey.  She wore leather ankle-length boots in winter, sandals in summer, and cut her dusty toenails with a sharp knife. 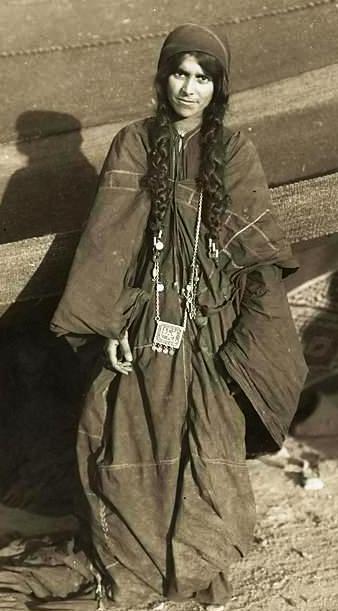 Now that Mary’s menstrual periods had started, serious consideration had to be given to the choice of a husband.

It was taken for granted she would marry. God had commanded Noah to ‘be fruitful and multiply’, and Jews were happy to comply. Any person who was past the age of twenty and still unmarried had not carried out the will of God.

Who would Mary marry?

The man they settled on was Joseph, a young man not much older than Mary was. Joseph was well-regarded by the people around him – Matthew’s gospel called him ‘just’ or ‘righteous’.

The proposed marriage contract was worked out between the families of Mary and Joseph. The amount of her dowry was settled,(see Money and Marriage). It was hopefully enough to act as an income for her should she be abandoned or widowed.

Mary’s engagement then went ahead – with another big celebration.

The next thing we know, Mary’s menstrual periods had stopped. She was pregnant.

Mediterranean families are not known for their reticence in this situation. In Mary’s conservative Jewish family, her pregnancy meant disgrace for all her family.

Matthew’s gospel makes it clear that Joseph knew he was not the father. Yet severely embarrassed as he was by Mary’s pregnancy, he decided to marry her.

There must have been some very good reason for this.

The marriage ceremony went ahead, and Mary and Joseph became husband and wife at a village knees-up echoed in the later story of the marriage feast Mary attended at the nearby village of Cana.

A boy is born 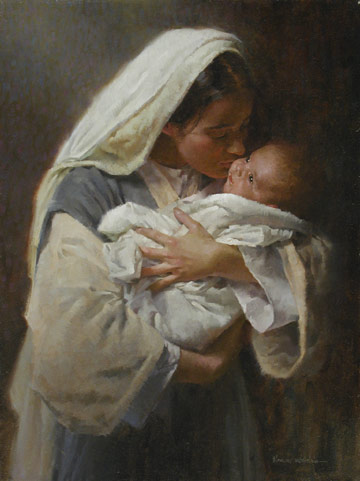 Some months later, Mary gave birth to a healthy baby boy. Once washed, the baby was presented to its waiting father, in this case Joseph. He ‘named’ the baby, calling him Jesus. By doing so, he accepted legal responsibility for this newborn child.

Her life revolved around her home, a mud brick house with a courtyard and two rooms – a front, public room with an awning, and a private room behind it.

The house had a flat roof with exterior stairs  and an awning of woven goats’ hair to protect against the sun. This was used by the women as a work-space, an extra room.

The inside of the house was quite comfortable, though minimalist by modern standards.

The festival in Jerusalem

The routine of daily life was broken several times a year by festivals, when Mary and Joseph would travel to Jerusalem to visit the Temple and offer sacrifice there. 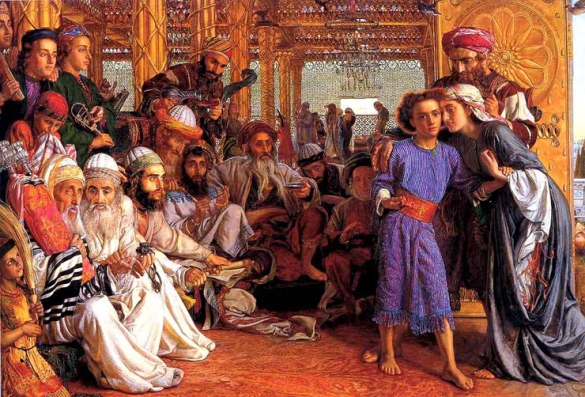 On one of these visits, Mary’s son Jesus was lost for three days in the crowded city streets, and she and Joseph hunted for him frantically, eventually finding him talking to scholars in the Temple precincts. The men seemed to be treating her son as an equal, which made her realize something she’d suspected for a while: that he wasn’t like the other children, that he had a special destiny.

Jesus grows from boy to man

Mary’s eldest son grew into a complicated young man, too clever and restless to settle easily into an ordinary life in Nazareth.

Like many men whose birth was shadowed he was not entirely accepted by the people he grew up with.

He was an inspiring, exciting man but not a comfortable one. Mary watched him with all the anguish and love of a mother, and growing misgivings.

At some stage, Jesus left Nazareth and gained considerable fame as a charismatic teacher and healer. Mary seems to have been head of the family by now.

Joseph had disappeared from the scene, either dead (life expectancy was low) or away working as an itinerant tradesman. 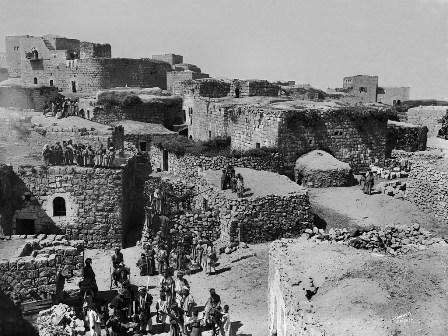 Jesus may have returned to his village a number of times, but we have just one recorded example of such a visit.

Nazareth could not boast many celebrities among its population, so when Jesus entered the village he was at first greeted warmly.

He went to the tiny synagogue and taught there, to men and to women, and people were impressed by what he said. But then things seem to have turned sour.

Just why they did so is not entirely clear, but Luke’s gospel seem to suggest the people of Nazareth did not treat Jesus with the respect he had received in the outside world. Jesus resented their skepticism, and did not hide his resentment. 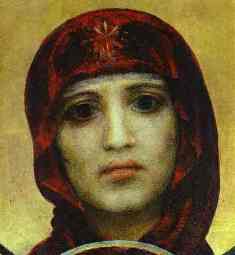 The villagers turned on him and ran him out of town. One of the gospels goes so far as to say that, in the ensuing mêlée, the rougher element among the villagers tried to kill Jesus.

It was probably someone in this group who referred disparagingly to Jesus as ‘the son of Mary’ (Mark 6:1-6). Normally a man was referred to as ‘the son of (his father)’, and we would expect Jesus to be called ‘the son of Joseph’. There seemed to be disdain for this son who could not even name his father.

It was not a happy experience for anyone, but especially for Mary, who may have understood the villagers’ resentment but was forced to watch her son being vilified by them. For more on this incident, see Rejection at Nazareth

Mary tries to warn her son

On another occasion Mary and her family tried to see Jesus in another village. Her son was getting a reputation as a troublemaker, distrusted by powerful people. The clashes he was having were too serious to ignore.

She and her adult children may have decided on a sort of ‘intervention’, to remind him of his familial responsibilities. Or they may simply have wished to see their celebrity son/brother and hear him speak.

Mary gathered her four younger sons and her daughters and went looking for Jesus, to see him or to warn him, or both.

As it turned out, things had gone too far for that. Jesus’ response to his family was certainly not what she expected. ‘Family?’ he asked. ‘The people who follow me are my family.’ The incident must have profoundly shocked Mary.

The Crucifixion – was Mary there?

Now we come to the event that should be the climax of Mary’s story – her presence at the foot of the cross.

The historical truth is that it is most unlikely that Mary was present in Jerusalem when Jesus died.  Jesus’ death was unexpected, sudden, and she could not have known it was about to happen. She was almost certainly in Galilee at the time, not standing at the foot of the cross as her eldest son died his agonizing death.

She was after all in her late 40’s, too old to follow Jesus on his travels or to walk the arduous 80-90 miles to Jerusalem and back again.

The evidence? Of the four gospel accounts of the death of Jesus, only one of them suggests that Mary was there.

Scholars acknowledge that the three gospels that do not include Mary at the crucifixion are the most historically accurate. They name the women who were present, but Mary’s name is not among them. Surely they would have named her, had she been there. The fourth gospel, John’s, describes a scene where a dying Jesus gives Mary into the care of John. ‘Look after each other’, Jesus instructed them.

But a good deal of John’s gospel is symbolic, and meant to be read as such. At that time virtually everyone in Judea had seen men die by crucifixion, since thousands were executed this way during the reigns of the Herods.

Anyone who had witnessed a crucifixion would have known that the story about Mary and John at the foot of the cross was meant symbolically. It is most unlikely that he was able to say words audible to people standing even at a little distance from the cross. His body was tortured and beaten, his injuries too terrible to imagine.

As he hung on the cross his body was dying, crumbling under a combination of exhaustion/shock and asphyxiation. As long as he could hold himself upright he could breathe, but as he became exhausted and let his body sag forward, the angle of his arms constricted his lungs, and he reverted to a terrible rasping struggle for air.

If Mary his mother was not present to see this, as the three Synoptic gospels imply, we should be glad.

Mary lived on after her son’s death, venerated by the increasing clan of disciples, watching the band of his followers grow. They called him Christus, the Savior, and said he was the divine Son of God.

What must she have thought, this peasant woman from Galilee? 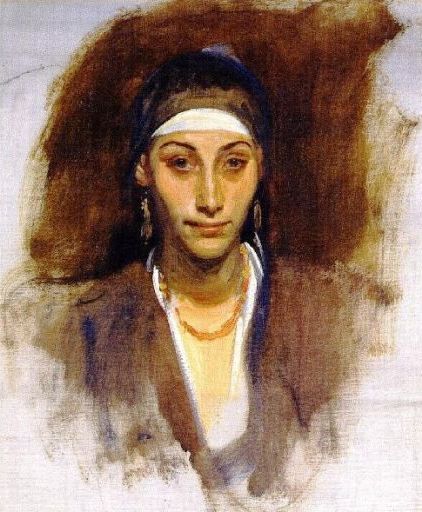 Joseph, the quiet hero of Nazareth