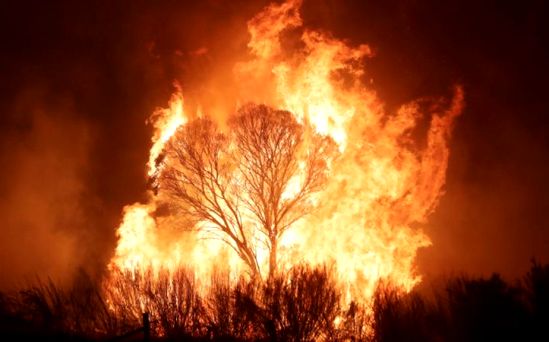 Moses and God: the Bible story

Moses was not a natural leader or an obvious choice for the task ahead, but God chose him anyway. He spoke to Moses from a burning bush, telling Moses his name: I AM WHO AM. 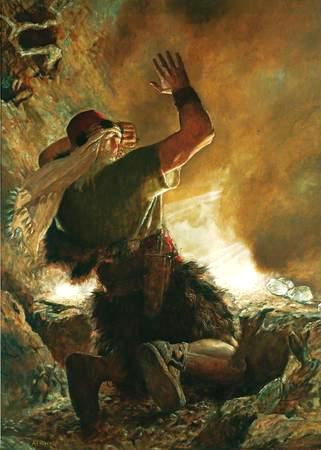 God then commissioned Moses to confront Pharaoh and demand the release of all the Hebrew workers in Egypt. Moses was understandably dubious, but God insisted.

The story of Moses contains 6 episodes, of which this is the second: 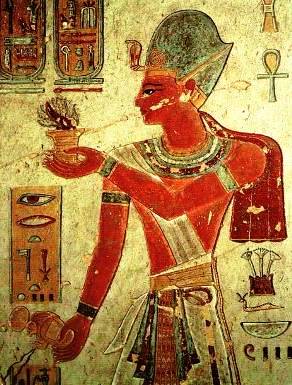 Egyptian wall painting of a Pharaoh, said to be Ramesses II

Scholars argue that the Pharaoh in the story of Moses may have been Ramesses II, shown at right in an Egyptian wall painting.

Moses grew up in the court of the Pharaoh. When he was old enough he left the palace. Once out in the real world he saw things he did not like, in particular a Hebrew worker being savagely beaten.

Moses was angry at what he saw, and in turn responded savagely. He killed the Egyptian and hid his body in the sand – but only after he had looked to see that no-one was watching.

Despite his caution, he had been seen. Pharaoh was told what had happened, and sought to punish him.

Moses knew he was in real danger so he fled, out into the desert, where he lived as a shepherd. He married and became a father; his father-in-law was the priest Jethro.

In the meantime, the Pharaoh whose daughter had once saved Moses had died, and been replaced by another ruler. We do not know if Moses, as a boy, had met this man, but the Bible emphasises the fact that a long time has passed since Moses was at court.

None of this worried Moses. He had a wife and sons, and seems settled into a predictable life.

Moses was just a simple shepherd, but in the Bible ‘shepherd’, as well as being an occupation, is a code-word for ‘leader’:

So the Bible, when it introduces Moses as a shepherd, is already signalling that something special is in store for him.

Once, when looking after his flock, Moses let them wander further than usual. He came to Horeb, the holy mountain of God otherwise known as Mount Sinai.

As he was passing along he saw a bush that was burning brightly, but did not seem to be burning up as you would expect – 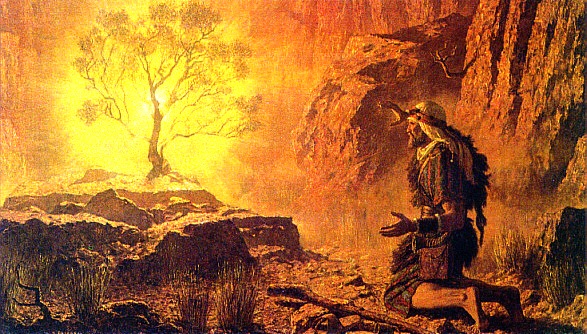 Moses knew he was in the presence of some extraordinary power. Then a voice or presence spoke to him, calling his name. Moses took his sandals off – this was clearly holy ground. Then the Presence identified itself: :”I am the God of your father, the God of Abraham, the God of Isaac, and the God of Jacob.”

Then God declared his purpose: he had chosen Moses to lead the Hebrew people out of Egypt to a ‘good and broad land, a land flowing with milk and honey’. (Milk came from good pasture land capable of supporting flocks; honey came from agricultural land with plentiful crops.)

Moses listened, but was not entirely sure that he could do this. Not sure at all, in fact. Who was he to enter Pharaoh’s presence, let alone confront him and make demands? 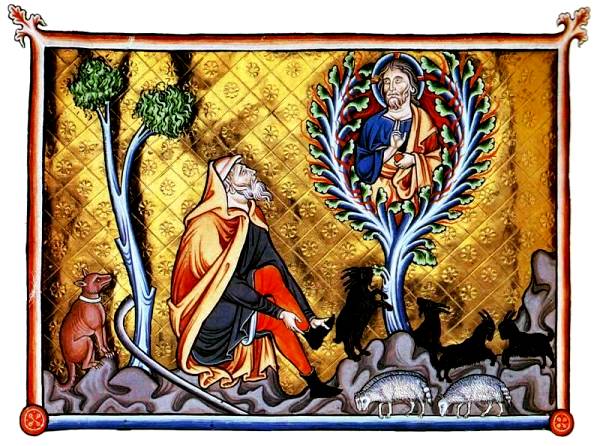 God reveals His Name to Moses

God reassured him, but Moses expressed another doubt. Why would the Hebrews take any notice of him, Moses, when he told them they had to leave Egypt? After all, Moses did not even know the name of this Being who spoke to him.

‘I Am’ painting by Colin McCahon

God then revealed his name, the majestic I AM WHO AM, or YHWH.

God’s revelation of his name was the central element of Moses’ call. The word seems to come from the Hebrew verb ‘hyh‘ and can be translated ‘he is’ or ‘he creates’. The verb ‘hyh‘ never refers to a static situation or event like a simple ‘to be’. This is a Being who is active in creation.

God then told Moses to call the elders of Israel together and tell them that God had appeared to him and told him to give them a message: that God had seen their plight in Egypt, and would deliver them into a land flowing with milk and honey. He reassured Moses, saying that the people would listen and believe. 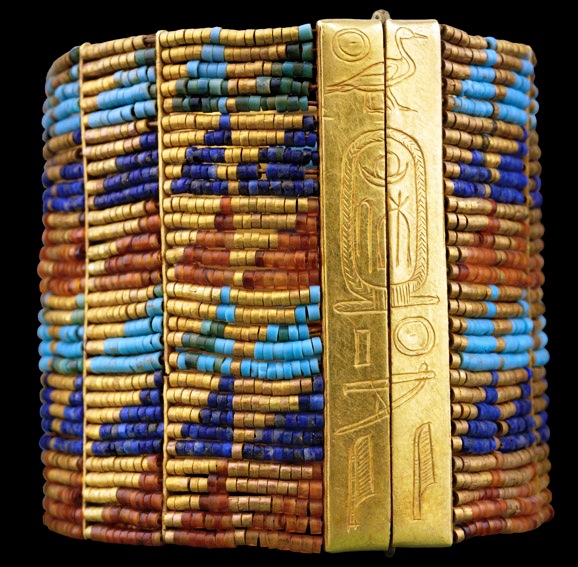 God said the Egyptians would let them go, even giving them gold and jewels to take – or if they did not, then the Hebrews should feel free to take goods as recompense for their long weary days of labor in Egypt.

At right is a gold bracelet, decorated with cornelian and lapis lazuli, from the tomb of Queen Ahhotep, early 18th dynasty, about the same period as the story of Moses’ encounter with God.

This last suggestion, that the Hebrews may steal from the Egyptians, is glossed over or ignored in most commentaries.

But Moses was still unconvinced. He mentioned two things:

In response, God shows him how to impress the impressionable Hebrews with trickery – turning a staff into a snake and producing an illusion of leprosy on the skin of his hand.

Moses then returned home and asked permission of Jethro to carry out the task God has given him. Respect for the head of the family.

Then he took his wife and sons and set out on his terrifying mission to confront Pharaoh. 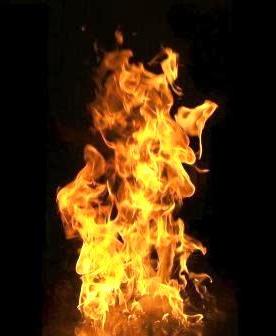 Now Moses was tending the flock of Jethro his father-in-law, the priest of Midian, and he led the flock to the far side of the desert and came to Horeb, the mountain of God.
There the angel of the Lord appeared to him in flames of fire from within a bush. Moses saw that though the bush was on fire it did not burn up. 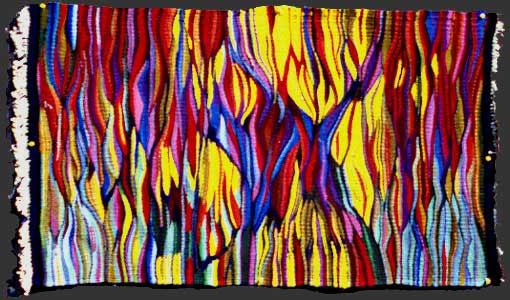 So Moses thought, “I will go over and see this strange sight—why the bush does not burn up.”
When the Lord saw that he had gone over to look, God called to him from within the bush, “Moses! Moses!” And Moses said, “Here I am.”
“Do not come any closer,” God said. “Take off your sandals, for the place where you are standing is holy ground.”
Then he said, “I am the God of your father, the God of Abraham, the God of Isaac and the God of Jacob.” At this, Moses hid his face, because he was afraid to look at God.
The Lord said, “I have indeed seen the misery of my people in Egypt. I have heard them crying out because of their slave drivers, and I am concerned about their suffering.
So I have come down to rescue them from the hand of the Egyptians and to bring them up out of that land into a good and spacious land, a land flowing with milk and honey—the home of the Canaanites, Hittites, Amorites, Perizzites, Hivites and Jebusites.
And now the cry of the Israelites has reached me, and I have seen the way the Egyptians are oppressing them.
So now, go. I am sending you to Pharaoh to bring my people the Israelites out of Egypt.”
But Moses said to God, “Who am I, that I should go to Pharaoh and bring the Israelites out of Egypt?”
And God said, “I will be with you. And this will be the sign to you that it is I who have sent you: When you have brought the people out of Egypt, you will worship God on this mountain.”
Moses said to God, “Suppose I go to the Israelites and say to them, ‘The God of your fathers has sent me to you,’ and they ask me, ‘What is his name?’ Then what shall I tell them?”
God said to Moses, “I am who I am . This is what you are to say to the Israelites: ‘I AM has sent me to you.’ ”
God also said to Moses, “Say to the Israelites, ‘The Lord, the God of your fathers—the God of Abraham, the God of Isaac and the God of Jacob—has sent me to you.’ This is my name forever, the name by which I am to be remembered from generation to generation. 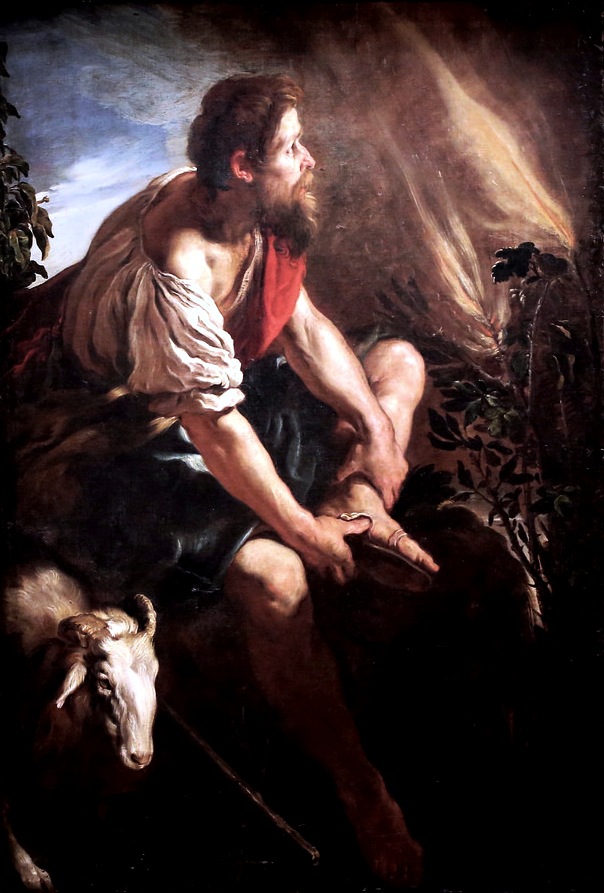 Some Topics for Discussion or Meditation

1. Lack of faith in God
How many times have you doubted God? When you see evil things happening around you, or wonder why God allows something to happen…

But he believed that God had a purpose for him.

God has a purpose for each of us. You may not understand what it is – Moses didn’t.
But try to listen for God’s voice, and pray for understanding and wisdom. It will come.

2. Lack of faith in yourself

Of course it’s good to be realistic about yourself, but there’s a difference between realism and pessimism.
In your own quiet way you can be a hero too.

The Ten Plagues of Egypt

Paintings of the Moses story

10 Ways to get to Heaven