Who was Noah in the Bible?

Noah in the Bible story

Noah was a good man in a corrupt world. 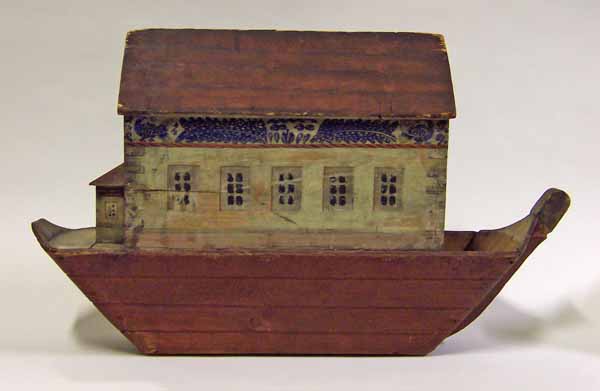 He had a wife, three sons, Shem, Ham and Japheth, and three young daughters-in-law. He just wanted to be left alone to live a quiet life – his name meant ‘rest’ or ‘comfort’. He walked with God.

But the world had gone to the dogs. People were so corrupt and depraved that God began to regret creating them. On the other hand, that which God had created, He could destroy. God decided to obliterate mankind.

But Noah would be an exception. God would spare him and his family. 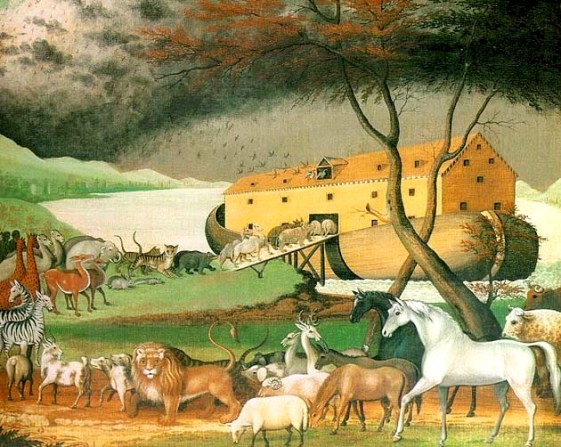 He told Noah what He was about to do, and directed him to build an ark. He gave detailed instructions for the design and proportions of the vessel and the selection of the people and animals to be taken aboard.

Of course, Noah’s neighbors poured scorn on what he was doing. But despite the jeers of the people around him, Noah built the ark, collected the animals and birds, and prepared for the worst.

It came. God opened the heavens and flooded the earth. It rained for forty days and forty nights. At the end of that time, no-one except Noah and his family remained alive. Nothing and no-one was spared. 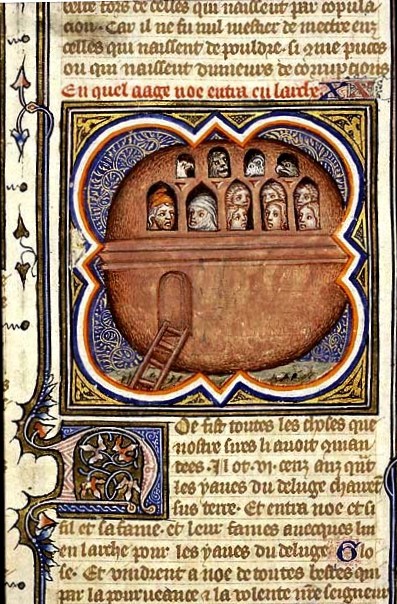 An illustration dating from 1372, showing Noah and his family tucked safely inside a walnut-shaped Ark.

Noah and his family are safe

But Noah and his family, locked inside the ark, were safe – as Moses was safe when his mother placed him in a basket of reeds that floated on the water.

Eventually the rain stopped and, after one hundred and fifty days the waters abated and the ark rested on the top of the mountains of Ararat.  God had sent a wind, the breath of God, which blew over the waters and made them recede.

Noah opened the window of the ark and sent out birds to see what they would do. He sent out a raven, then a dove, and finally a second dove.

At first they were unable to find anywhere to perch, but then  the dove came back with an olive twig between its beak, and Noah knew it had found a branch on which to perch.

He waited another seven days, to be confident that the earth was finally dry. Then God told Noah to leave the ark, freeing all the animals and birds as well.

Noah gives thanks to God 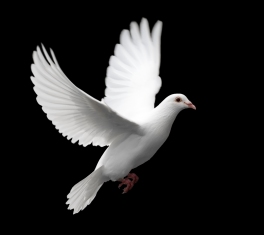 The first thing that Noah did was to build an altar of thanksgiving to God. He made a burnt offering whose smell wafted up to God’s nostrils – an interesting image.

God made Noah a promise:  He would never again destroy all living creatures, as He had just done.

As a sign of His promise, He made a rainbow across the sky. The rainbow was to be a sign of a covenant between God and Noah, and all of Noah’s descendants, that ‘the waters shall no more become a flood to destroy all flesh’. 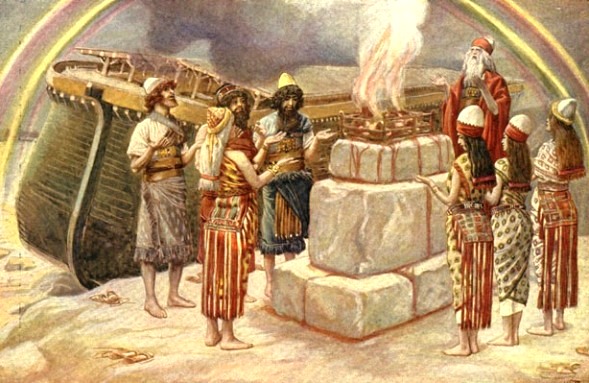 The second story about Noah describes a man with quite different characteristics. Noah is now a ‘husbandman’ who tills the earth and sows crops. He planted, among other things, a vineyard. 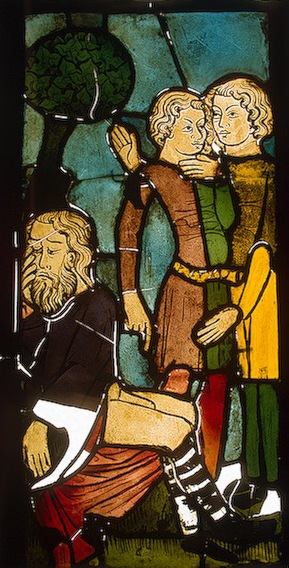 When the grapes ripened he made wine, but he drank too much and became drunk, succumbing to one of the bad habits of a settled society. While he was drunk he threw off all his clothes and fell down, naked, on the ground.

His son Ham came in and saw him, and was amused by the sight. He went off to get his brothers, so that they could see too. But they were more respectful towards their father, and shielded their eyes and approached their father backwards, while they covered him.

When Noah woke up and heard what had happened, he was angry – very angry.

The Curse of Noah

In any case, Noah cursed Ham and all his descendants for the son’s lack of respect. Ham’s progeny would be servants while the other sons would prosper, as would their descendants.

Ham was the father of Canaan, who was the forefather of the Canaanites, traditional enemies of the Hebrew people and this story, of course, offers and explanation for that enmity.

These incidents have been popular with artists. See BIBLE ART: NOAH for paintings by some of the world’s great painters. 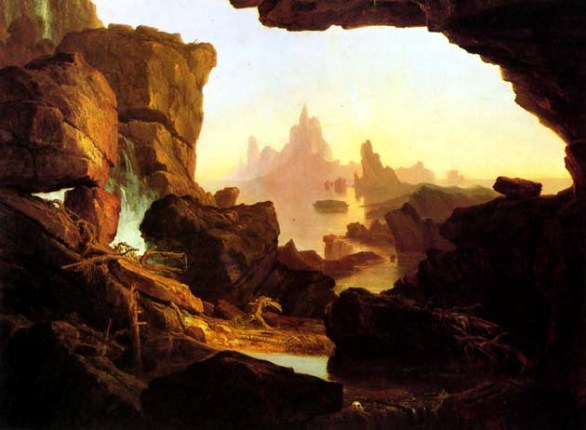 Subsiding of the waters of the Deluge, Thomas Cole: a fresh start

Food (alcohol) in the Bible

Noah a good man in a wicked world