Who was Paul (Saul) of Tarsus?

Paul was a passionate man, fiercely loyal to his beliefs yet not afraid to change his mind.

It’s a good thing he was flexible like this, because without him Christianity might not have taken hold and grown into a Church that would change the world.

Paul was brought up as a strict Jew, and believed wholeheartedly in Jewish teachings, having studied under the great Jewish teacher Gamaliel I.

He was a rabbi, but like many rabbis of the time he backed up his preaching with ordinary work that provided an income – in Paul’s case it was tent-making, still a thriving industry in 1st century Palestine.

The strange thing is that though he was one of the founders of Christianity, he never met Jesus. In fact, when he first learnt about Christian beliefs he thought they were lies, heresy, and a dangerous threat to Jewish teachings and beliefs.

This being so, he became an enthusiastic persecutor of the early Christians, hunting them down and imprisoning them.

Paul on the road to Damascus 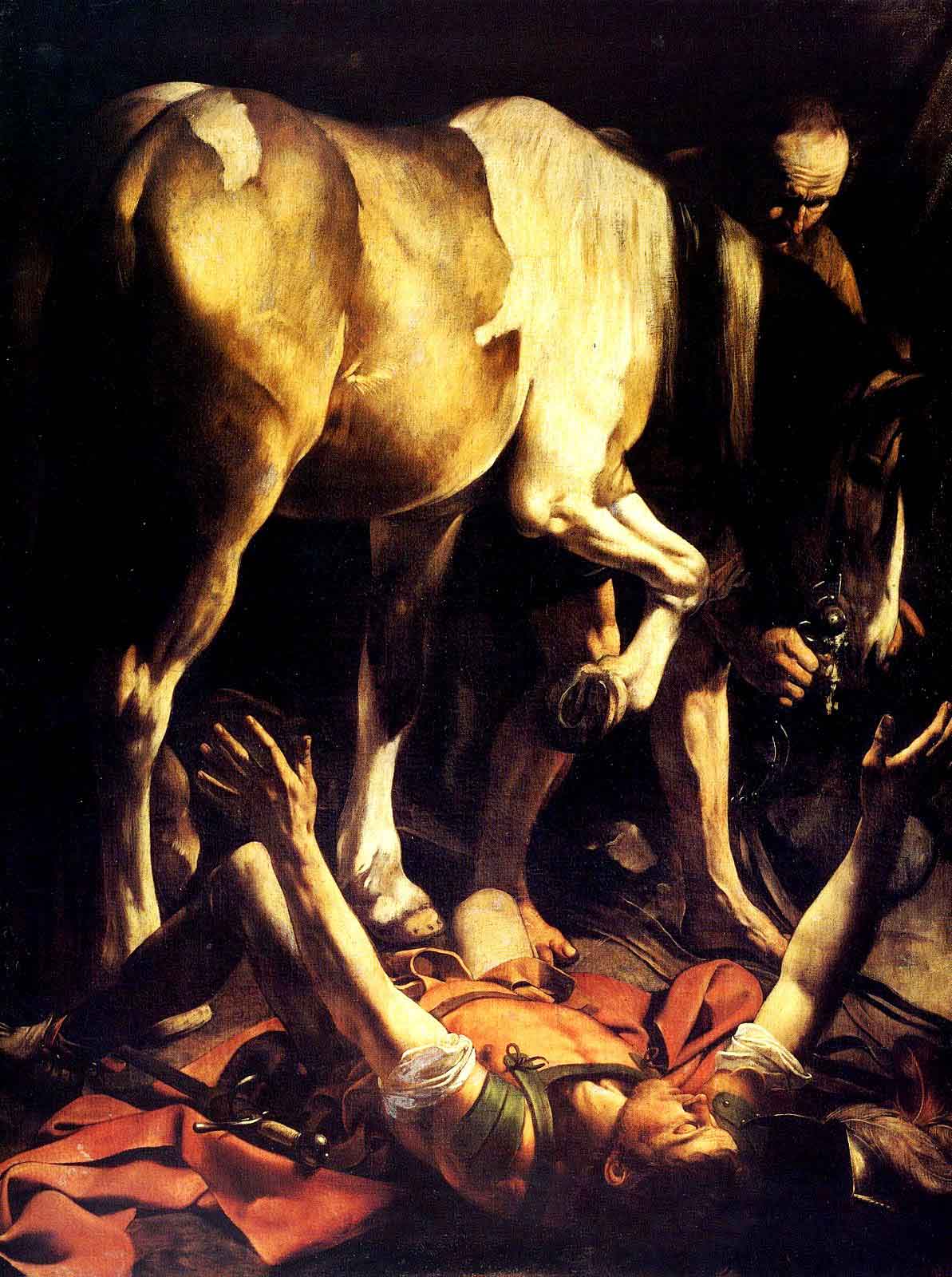 On a journey to the city of Damascus, Paul had an overwhelming experience, a ‘vision’, and became convinced that Jesus was risen from the dead and exalted as Lord in heaven, just as the Christians claimed.

He knew suddenly that he should join the Christians and worship Jesus as his Lord.

This he did immediately, with the same enthusiasm he had put into persecuting the Christians, changing from being their bitter enemy to complete and lifelong dedication to the Christian cause.

The reaction of the early Christians to this turnaround is not recorded, but it must have been extreme skepticism at first, if not outright disbelief.

Paul carried Christ’s message to all 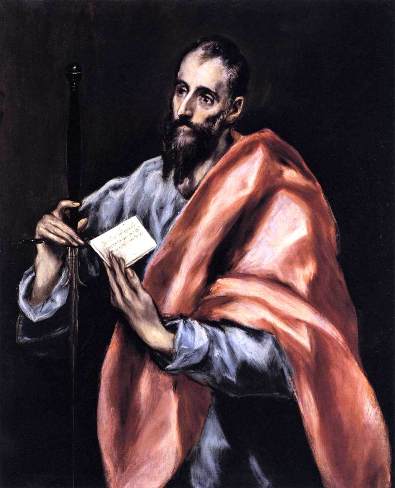 Paul’s conversion experience was total. He threw himself wholeheartedly into his new life. He believed his vocation was to be a missionary to people of every nation, to prepare them for God’s coming.

After spending time in solitude and prayer in Arabia, he took up residence in Damascus. There he made contact with the Christian community and lived for three years. Somehow he ran foul of the governor there, who set a watch on the gates of Damascus, but Paul escaped over the wall in a basket and made his way to Jerusalem.

There he visited Peter and James, but the Jerusalem authorities regarded him as a renegade and he did not stay long. He went to Antioch to assist Barnabas with his successful mission there.

The converts included a large number of Gentiles, and this fact led to a serious crisis among the Christians.

The early communities had at their heart a shared meal, but Jewish purity rules made Jews reluctant to eat with Gentiles. The question was, should the purity rules be maintained, or should they be discarded?

This may seem trivial, but it was in fact a profound question:

The issue was complicated by the fact that in Jerusalem the Christian communities had to take great care not to offend the Jewish authorities, and it would be difficult if not downright dangerous for them to share meals with Gentile Christians.

When Peter later visited Antioch, Paul insisted on disregarding the law that forbad Jews to eat with Gentiles. 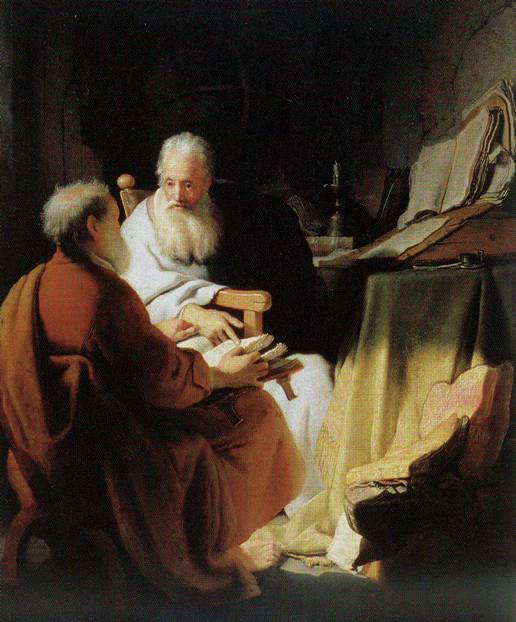 Paul then began a series of three missionary journeys that took him to cities throughout Asia Minor and Greece.

He maintained contact with the churches he established by means of letters that taught, corrected and encouraged the emerging Christian communities. 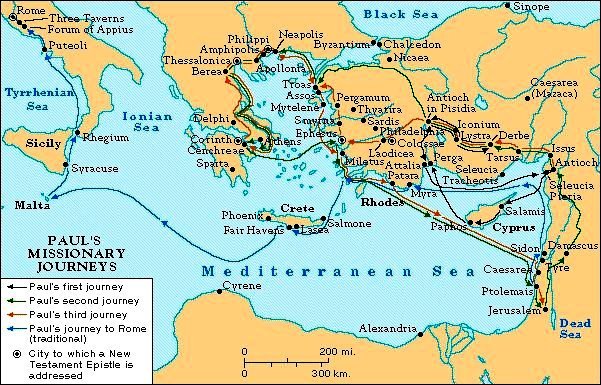 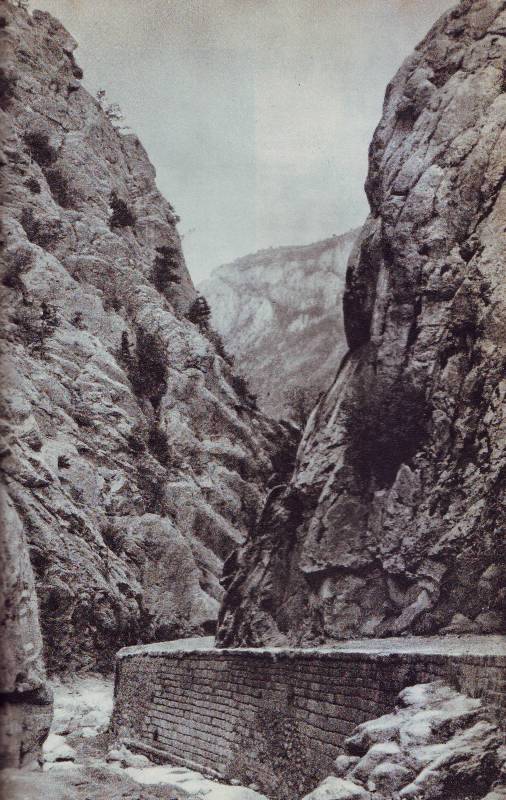 The Cilician Gates, one of the passes through the Taurus mountains. Paul must have travelled through this pass

Paul made his last visit to Corinth in 57AD and then went to Jerusalem, where he was arrested, accused of bringing a Gentile into the inner courts of the Temple where Gentiles were not allowed.

He was arrested partly to save him from the mob, but was treated well.

After being imprisoned at Caesarea for two years, he appealed to the emperor – Paul was legally a Roman citizen, and so had rights that other Jewish-born Christians did not have.

He arrived in Rome in 60AD and was kept under house arrest for two years waiting for trial, during which time he continued to write letters to the Christian communities.

There is no real certainty about how Paul died – the evidence is disputed. But it can be justly claimed that it was due to Paul more than any other person that Christianity grew from being a small offshoot of Judaism into a major world religion. 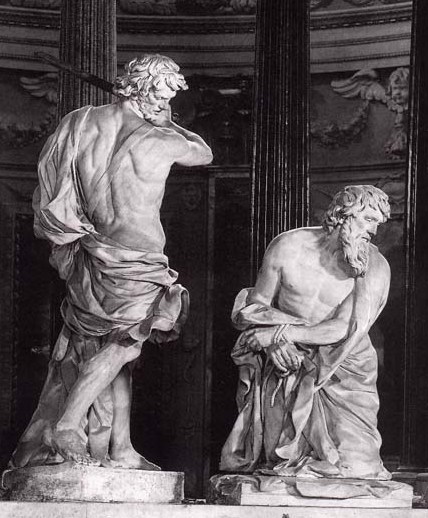 As a Roman citizen, Paul was entitled to a quick, less painful death by beheading

Women in the early Church: Dorcas