What was the Tower of Babel? Bible Questions

What was the Tower of Babel?

A ‘Babble’ of languages

We’ve all heard of the Tower of Babel, but what was it, and what did the Bible story mean?

Builders and slave labour from all over the known world must have been needed to construct a ziggurat and all its subsidiary buildings – hence the ‘babble’ that led to confusion and mis-communication.

So ‘Babel’ is Babylon, the fabled city of over-indulgence.

Artificial mountain in a flat land: builders and slave labour from all over the known world would have been needed to construct this vast ziggurat 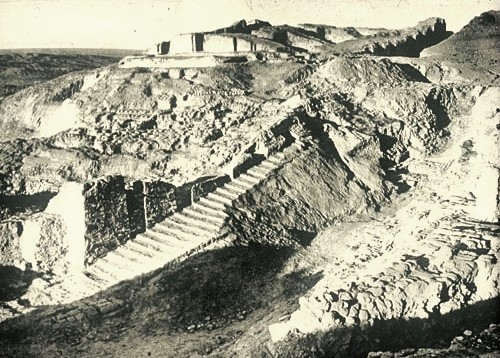 A ‘babble’ of languages

All the main cities had ziggurats: Eridu, Kish, Uruk, Ur (Abraham and Sarah’s original home) and Nippur. We can take it as a given that Abraham and Sarah were familiar with worship and festivals centered on a ziggurat. 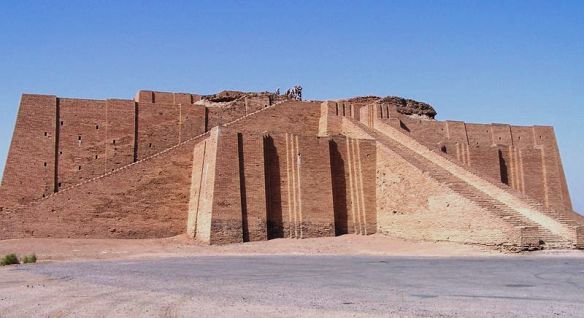 Stairways were an intrinsic part of any ziggurat, serving a ceremonial and practical purpose

It is possible that a ziggurat was meant to be a ‘stairway to heaven’ and that the worshippers believed the gods descended from heaven to this intermediate platform to communicate with mortals.

Where did they get this idea? Historians think the people in this part of the world originally came from the mountains to the north, and were accustomed to praying to their gods from ‘high places’ – mountain tops.

People who moved to low-lying areas around the two great rivers may have built ziggurats as enormous platforms. As they once prayed on mountain tops, now they prayed from the top of ziggurats. See The Ancient High Places

This practice spread throughout the ancient biblical lands. Canaan and later Israel also had ‘high places’ where sacrifice was offered to God.

After official worship was established in Jerusalem, the ancient prophets condemned this practice – though it still went on for a long time. 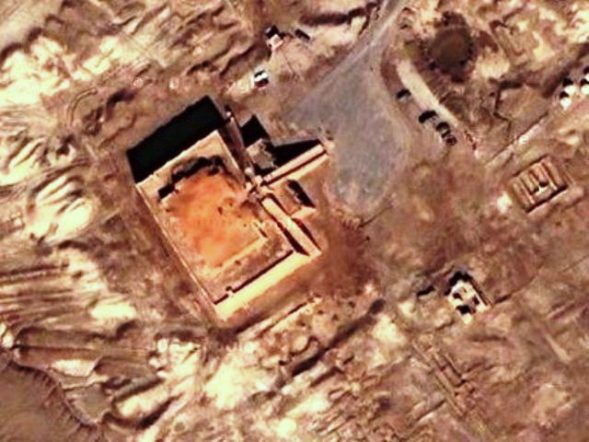 Aerial photograph of a ziggurat, showing the complex of support buildings that once surrounded it

Paintings of the Tower of Babel

The story of the Tower of Babel is really a continuation of the Fall in Genesis 3.

Once again, the Bible describes people who had great confidence in their own ability – too much, as it happened. They overstepped the limit, and God pulled them back into line. 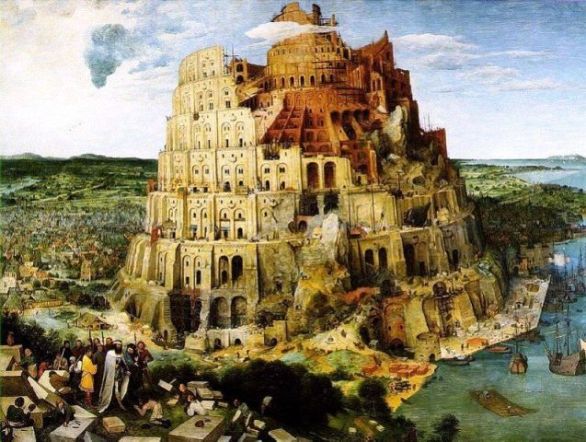 The Tower of Babel, Pieter Brueghel the Elder (see detail below) 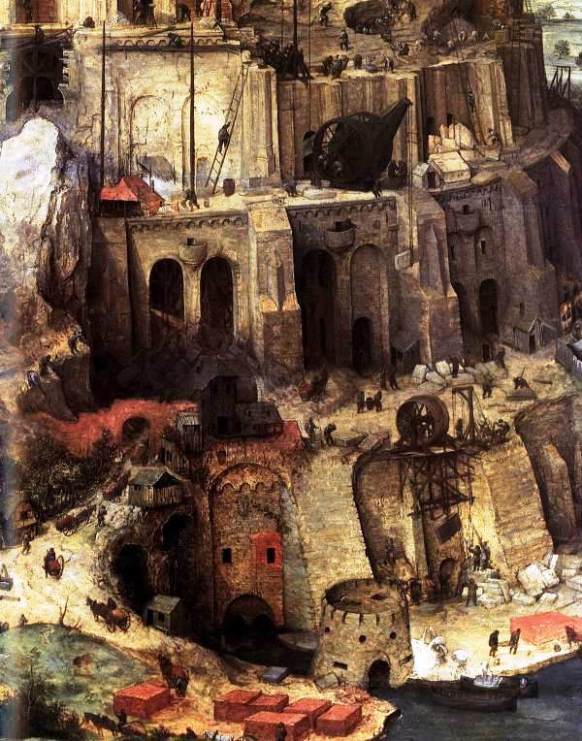 Detail of Brueghel’s ‘Tower of Babel’ with medieval military building techniques. Notice the enormous pulley system for lifting large blocks of stone (upper center)The people who built the Tower were making a name for themselves and trying to impress all the cities around them. And they would do it on their own, without God’s help. They believed they were shapers of their own destiny, that nothing was impossible for them. But they channelled their immense efforts into something that was essentially futile. Ultimately God controlled their destiny, not them. The Bible story of the confusion of their language was God’s way of letting them know this. 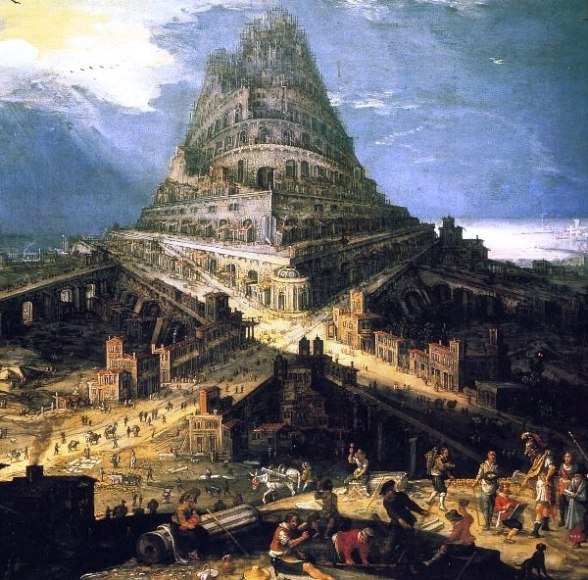 Tower of Babel, unknown Flemish Master, 1587. By placing a number of people at the forefront of the painting, the artist emphasises the human interaction needed for such a complex task; the Bible story shows that God can throw this interaction into disarray 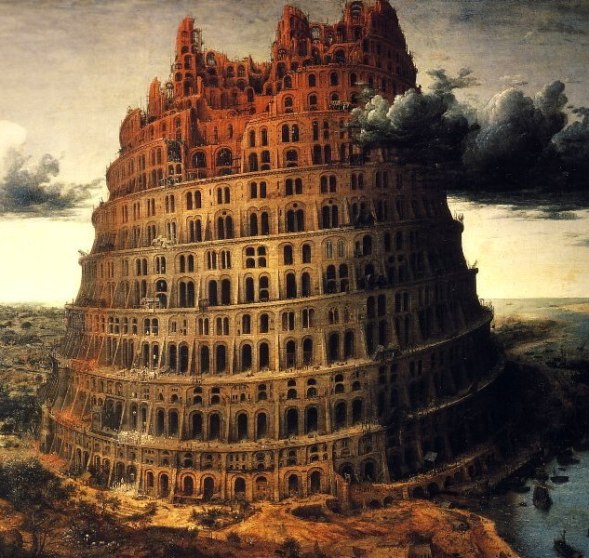 This painting shows the Tower near completion, piercing the clouds – but now almost deserted of people. The story is a not-very-subtle dig at the city states of Mesopotamia – those grouped around the two great rivers of the Tigris and the Euphrates. The people of this area built the ziggurats, enormous layered temple towers with two or three terraces, faced with kiln baked bricks.
The cost in labor and money must have been immense.
These ‘ziggurats’ must have looked gigantic to people in the surrounding flat plains. They were also culturally intimidating, since they required vast wealth, power and organization – something the Hebrew nomadic tribesmen could not hope to imitate. 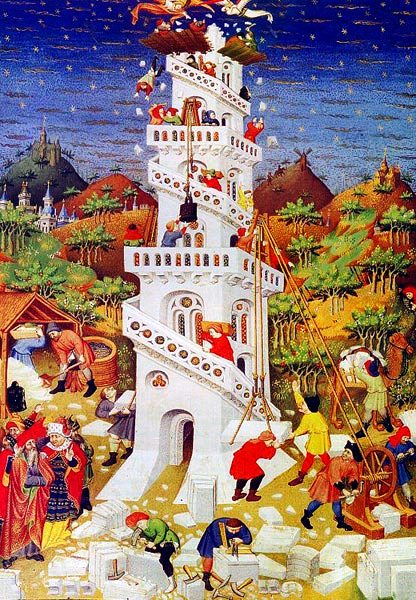 Tower of Babel, The Bedford Master, Book of Hours 1423 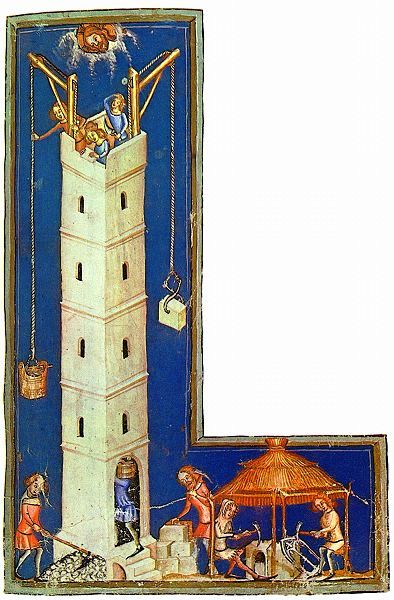 Modern Images of the Tower of Babel 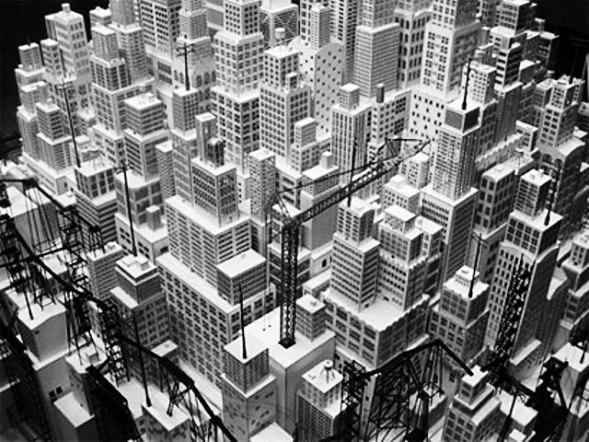 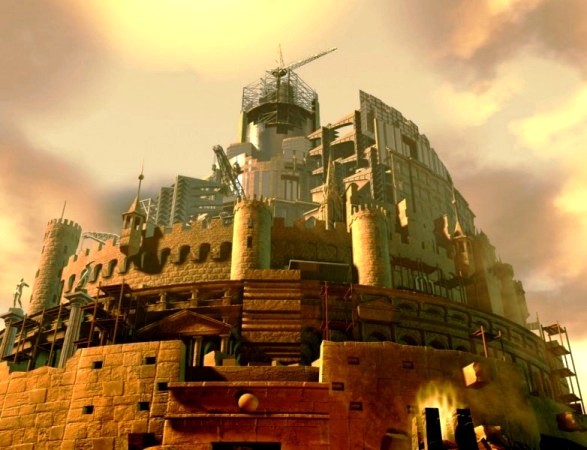 The Tower of Babel, Thunderfall

Bible Text about the Tower of Babel: Genesis 1-9

1 Now the whole world had one language and a common speech.
2 As people moved eastward, they found a plain in Shinar and settled there.
3 They said to each other, “Come, let’s make bricks and bake them thoroughly.” They used brick instead of stone, and tar for mortar.
4 Then they said, “Come, let us build ourselves a city, with a tower that reaches to the heavens, so that we may make a name for ourselves; otherwise we will be scattered over the face of the whole earth.”
5 But the Lord came down to see the city and the tower the people were building.
6 The Lord said, “If as one people speaking the same language they have begun to do this, then nothing they plan to do will be impossible for them.
7 Come, let us go down and confuse their language so they will not understand each other.”
8 So the Lord scattered them from there over all the earth, and they stopped building the city.
9 That is why it was called Babel—because there the Lord confused the language of the whole world. From there the Lord scattered them over the face of the whole earth.

Abram searches
for a homeland

Maps of
the ancient world