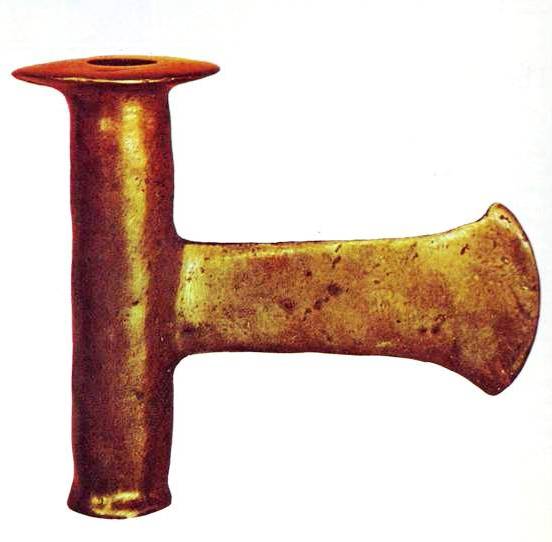 This socketed axe-head (above) was found in a cave in the Judean desert in Israel in 1961. With it were more than 450 copper objects from the Chalcolithic and Early Bronze Age periods, circa 3100BC. Access to the cave was difficult, and it is assumed the copper objects were hidden there by people fleeing from an invading force. Possibly it was an Egyptian army, because at the time these objects were produced, Egypt was increasing its military presence in the south of Palestine. 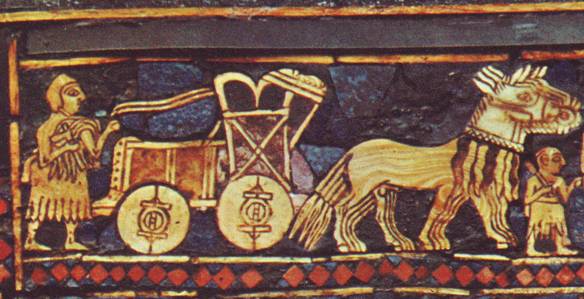 Panel from the Sumerian Standard of Ur, showing a warrior and his four-wheeled chariot ready for battle. He carries a socketed axe in his right hand. The panel is encrusted with shell, lapis lazuli and red limestone. 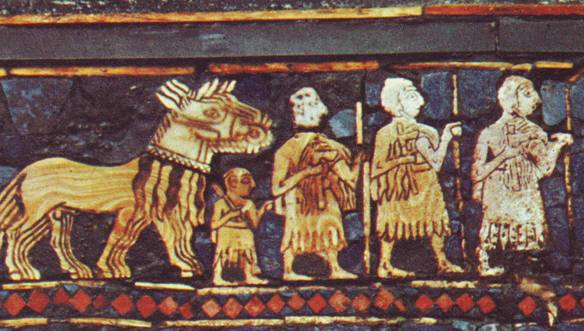 Panel from the Sumerian Standard of Ur,
showing foot soldiers carrying socketed axes. 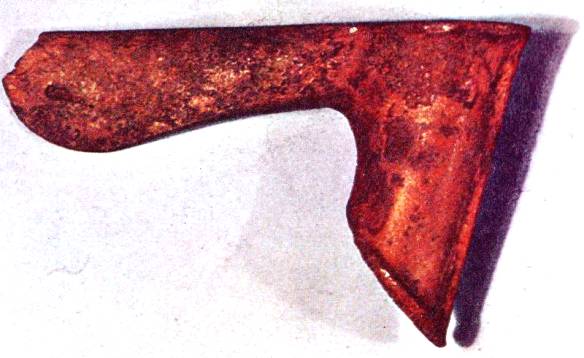 Copper socketed axehead from Khafajah, circa 2500BC. This blade would have been capable of piercing a metal helmet because its long narrow profile, combined with a firmly attached handle, meant it could be swung with considerable force.

A ceremonial royal axe from Ur, homeland of Abraham. It had gold bands around a wooden haft, and despite its beauty would have been capable of inflicting a fatal wound to the skull. Circa 2500BC.

A Sumerian warrior wearing a metal helmet and carrying a socketed axe and a sickle sword.
From the temple of Ishtar at Mari. 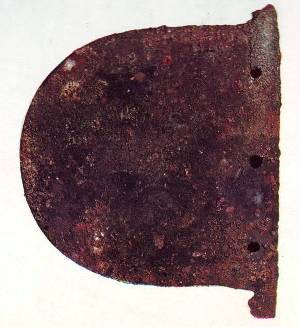 Axe with a semicircular head,
late 3rd millennium BC

Axe socket decorated with animal heads (lions?) From the tomb at Til Barsip.

Syrian socketed axeheads from a tomb at Til Barsip, showing different blade shapes and sockets. 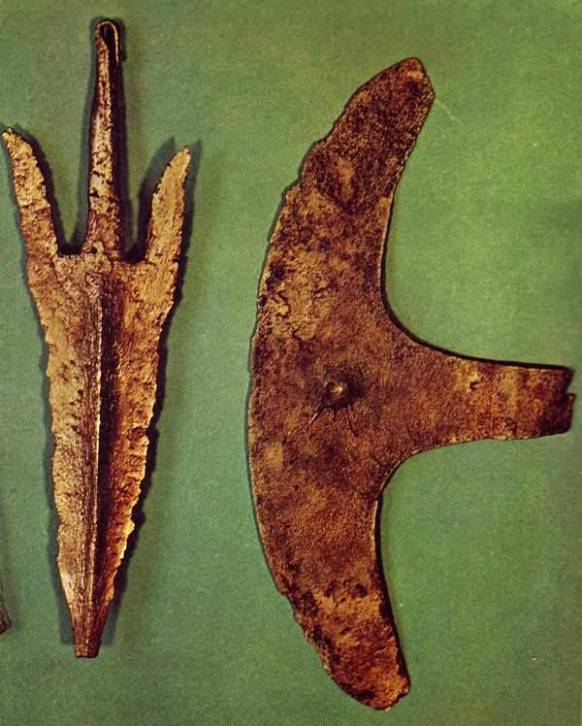 A cutting blade like this was horribly effective against tribesmen without helmets. Bronze-blade epsilon battleaxe with a silver haft (right) and handleless epsilon blade (left). Circa 20th century BC. 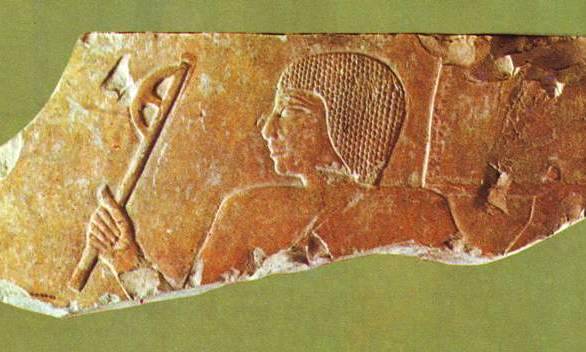 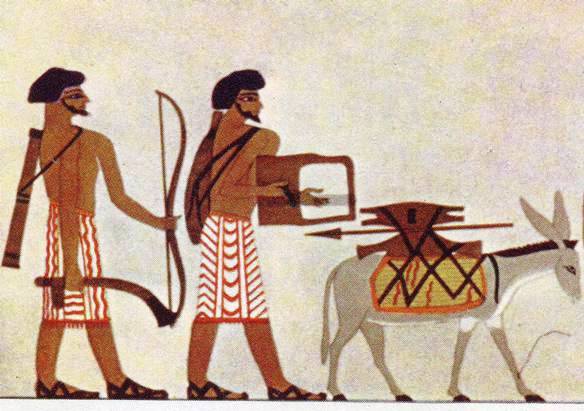 Detail from the famed wall painting at the tomb of Beni-hasan, dating circa 1900BC, showing men armed with the typical weapons of Canaanites during the period of the Patriarchs. The warrior at left carries an axe with a duck-bill blade, a double-convex bow, and a quiver. 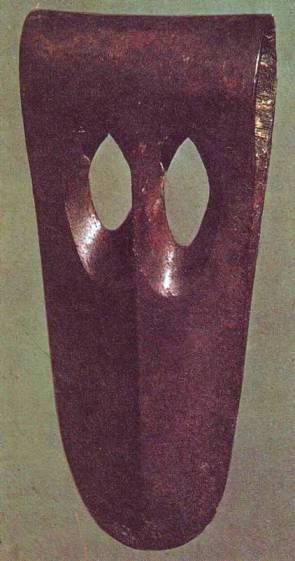 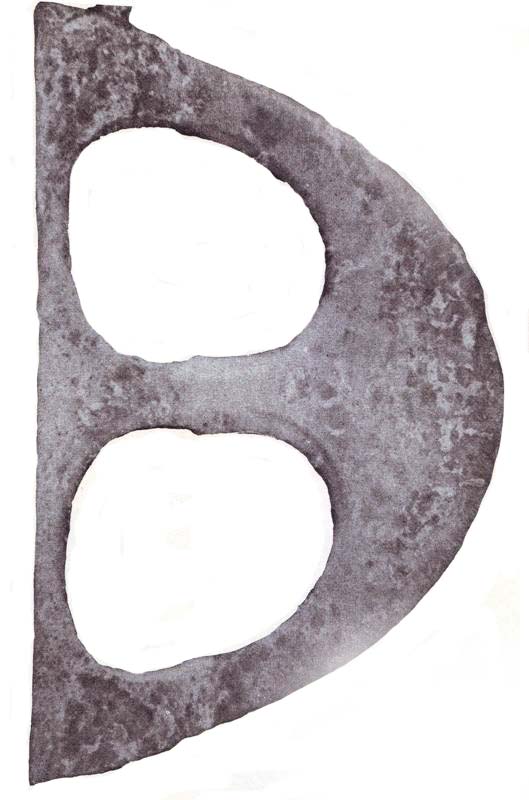 The eye axe. This one is Egyptian, and socketless,
the bronze blade being inserted into a hollow bronze haft. 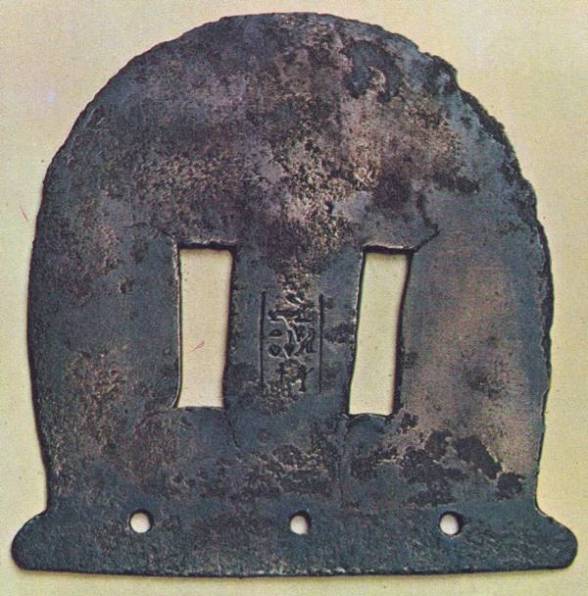 This older type of Egyptian axeblade had ‘eye-holes’ but no sockets.
Middle Kingdom circa 20th century BC. 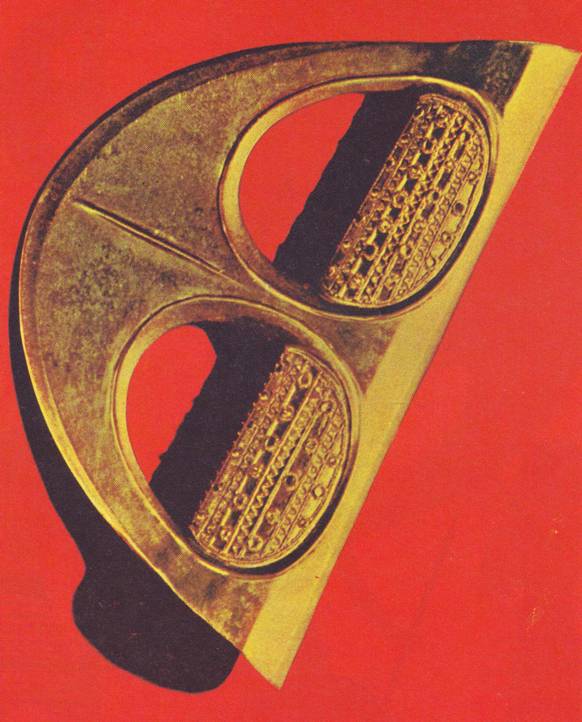 Ceremonial axehead dating from the 12th dynasty, circa 1900BC 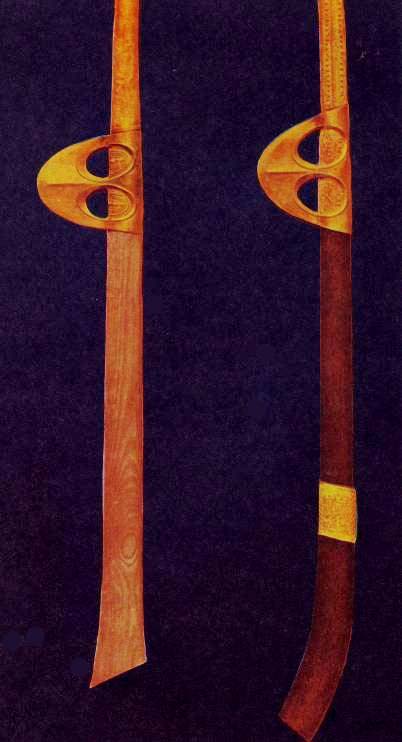 Ceremonial axes with blades attached to a short gold sheath at the top of the wooden haft. 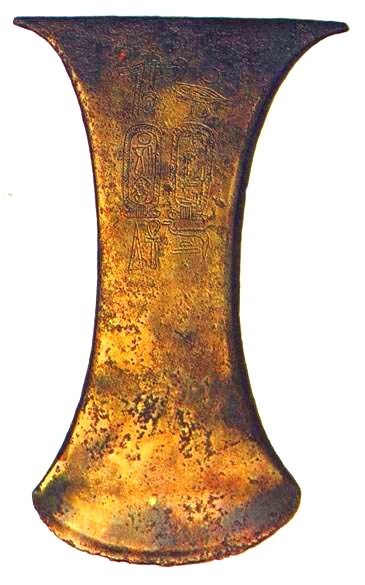 This narrow lugged (at the top) axeblade is inscribed with the name of Pharaoh Kamose, who fought the Hyksos and whose brother Ahmose eventually expelled them from Egypt. 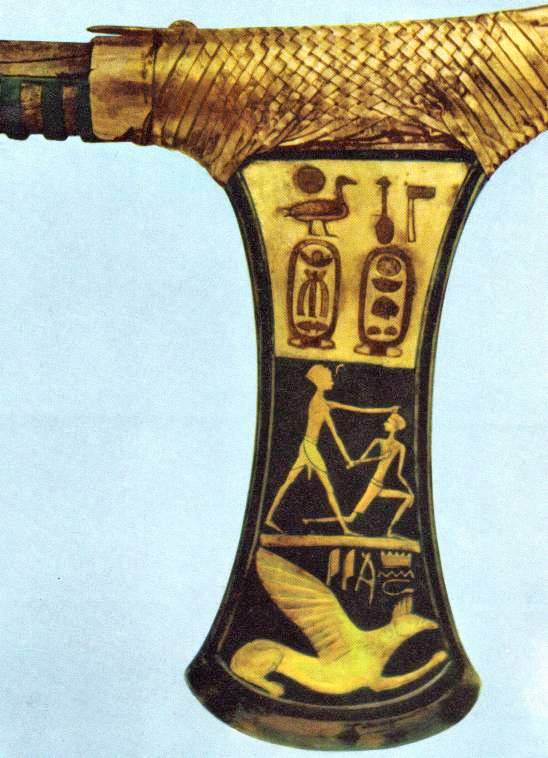 A ceremonial axe presented to Queen Ahhotep by her son King Ahmose.
The bronze axehead, inlaid with gold, dates from about 1570BC. 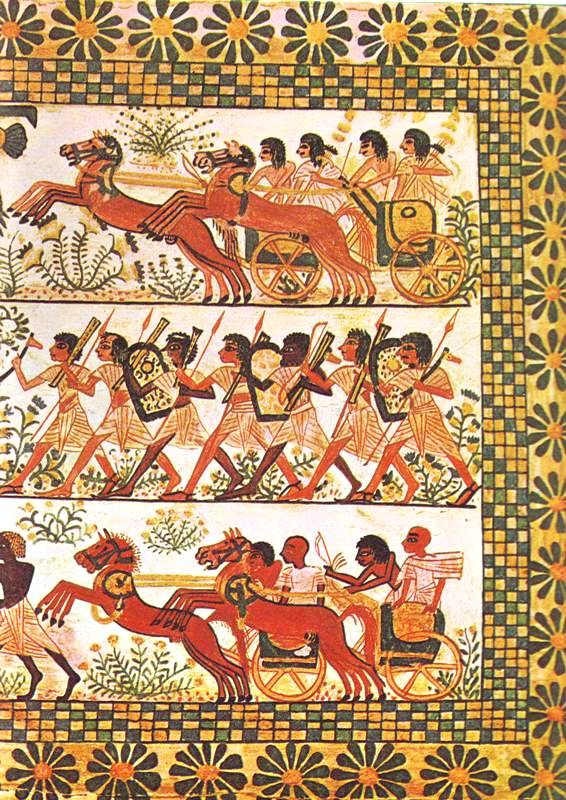 Painting from the lid of a wooden chest from Tutankhamun’s tomb. This section shows the Pharaoh followed by his retinue: guards in chariots and infantrymen armed with axes (middle panel), spears and bows.

A socketed bronze ax made in the shape of a hand or a plume. From Beth-shan, 14th century BC.

Duels in the Bible