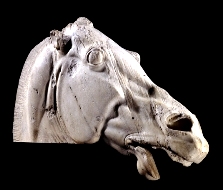 Horses came from the vast grazing lands of the steppes of Asia and Europe. They grazed on the open pastures in summer and endured the fearsome windswept winters. Natural wanderers, they seem to have reached the ancient Bible lands from southwestern Asia. 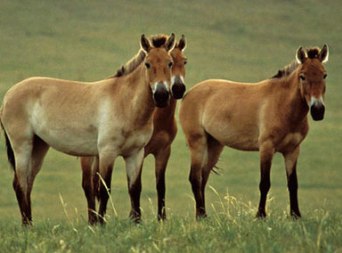 Somewhere along the way they was domesticated. It became the friend and servant of tribal people in western Europe, southwestern Asia and Mongolia.

This is about the same time the Hyksos introduced the horse into Egypt for military use, especially for chariots: 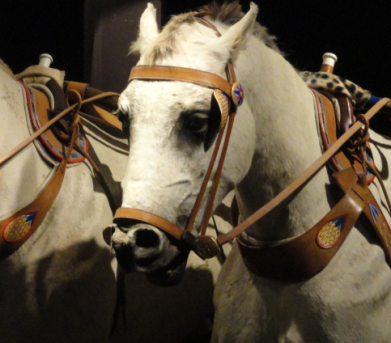 In fact, Solomon seems to have been something of a horse-trader. The passage in 1 Kings 10 suggests that horses seem to have come from Cilicia (Asia Minor) while chariots came from Egypt. The implication is that Solomon acted as middleman, getting the chariots from Egypt and the horses from Kue (Cilicia).

(Immediately after this passage, the Bible details the many foreign women that Solomon also imported…’)

Cavalry in the Bible lands

Mounted cavalry ﬁrst appeared in the Near East around 1000 BC, although it had previously been used by northern peoples in the Black Sea region. A warrior on a magnificent, spirited horse is shown on the bas-relief of Tel Halaf (see right) at the beginning of the 9th century BC. We also know that cavalry was introduced into the Assyrian army at about the same time.

Dueteronomy 17:16 expressly forbids the king of Israel to increase greatly the number of his horses “nor cause the people to return to Egypt to the end that he should multiply his horses”.

Why? It must have been that Egypt was the main source of supply for the horses used in Palestine at that time, and the Biblical writers did not approve of any contact whatsoever with Egypt and its religion.

What’s the Bible evidence about horses? 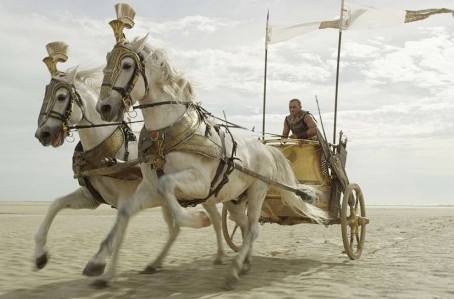 In the time of David, the Arameans and Canaanites had large numbers of chariots and war horses.

But strangely enough, the Israelites still made no use of them. David is reported to have destroyed the animals (!) and it was Absalom, a very interesting character in the story of David’s family, who was the ﬁrst to have a chariot and horses (II Samuel 15: 1).

Solomon made up for his father’s oversight. He is said to have had 1400 chariots and 12,000 horsemen (I Kings 10:26), and developed an extensive international trade in horses and chariots.

Ahab’s interest in horses appears from the story of the drought which occurred during his reign and his concern to ﬁnd grass to save them (I Kings 18:5).

Although horses were used almost exclusively for military purposes – hardly at all in farming – the Israelites had no cavalry as we know it. In stories of the monarchical period, the term parashim which is often translated  “horsemen” or cavalry”, meant either chariot teams or the men who rode in chariots, like those shown in the Assyrian engraving below. 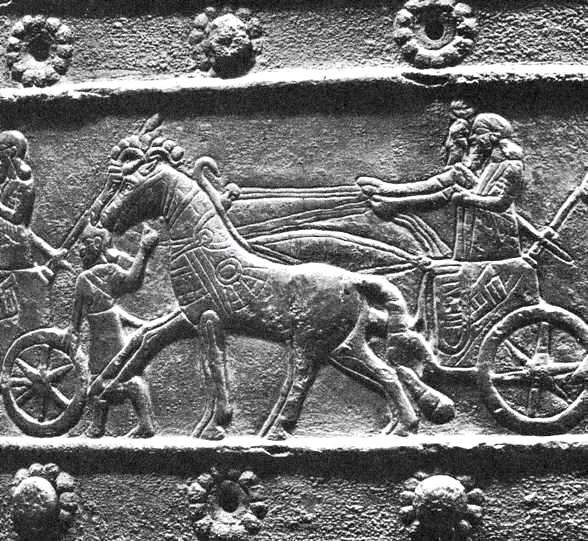 Wall carving of Assyrian chariot horses and their driver

Even much later, during the time of the Maccabees, the Jews could ﬁeld only infantry against the Syrians, at least in their ﬁrst encounters. King Herod, however, was a better strategist: he had 6,000 cavalry in his army, besides 30,000 infantrymen.

When chariots are useless – Deborah’s battle

Swords & daggers in the ancient world

The bow & arrow in war