Pick up a stone. Throw it. How far will it go? A fair way if you’re strong. But loop the stone into a sling and you can make it much more powerful. It’s a deadly weapon, in fact, as young David showed.

Who used a sling for the first time? 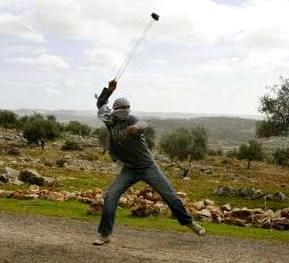 There is no way of knowing. But the sling was probably invented by shepherds to scare off predatory animals circling their ﬂocks.

Gradually the sling made its appearance on the battleﬁeld as a weapon of war. It let the slinger throw a stone a long way in any terrain, hilly as well as ﬂat.

It could also be fired up a slope, making it useful in assaults on fortiﬁed cities.

A slingshot: easy to make, not easy to use 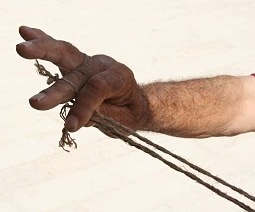 The early sling looked rather like a large eye-patch. It consisted of a small piece of leather or cloth with two cords attached to opposite edges.

The function of the sling was often complementary to that of the bow. Whenever they were used in battle, the slingmen always served close to the archery units.

They were particularly useful in an attack on a fortified city, because they could direct high-angle fire up a steep slope. 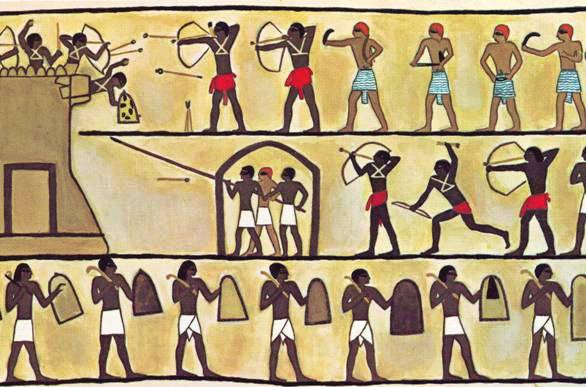 This wall painting from the tomb of Khety shows a variety of Egyptian warriors attacking a city. The red-helmeted soldiers in the top right of the mural are the slingers. 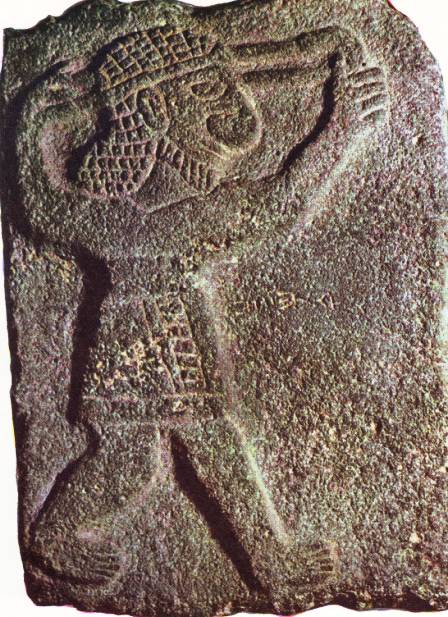 Tell Halaf slingman. The sling was made of a pad, usually of leather, attached to two thongs. After placing the slingstone in the pad, the thongs were pulled taut, converting the pad into a bag. The slinger held this bag in his left hand and the ends of the taut thongs in his right, above his head. He then whirled the sling with his right hand round and round to give it momentum, and at the crucial moment he released the end of one thong, freeing the stone.

The Assyrians use slings

The use of the sling came fairly late to the Assyrian army, making its appearance on the monuments only in the 8th century BC, in the time of Tiglath-pileser III. Perhaps it seemed too primitive for sophisticated Assyrian tacticians, and was over-looked. 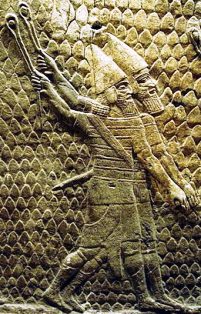 Assyrian slingers. These are offensive rather than defensive fighters, since their armor is designed to protect them from long-range weapons rather than swords and clubs. 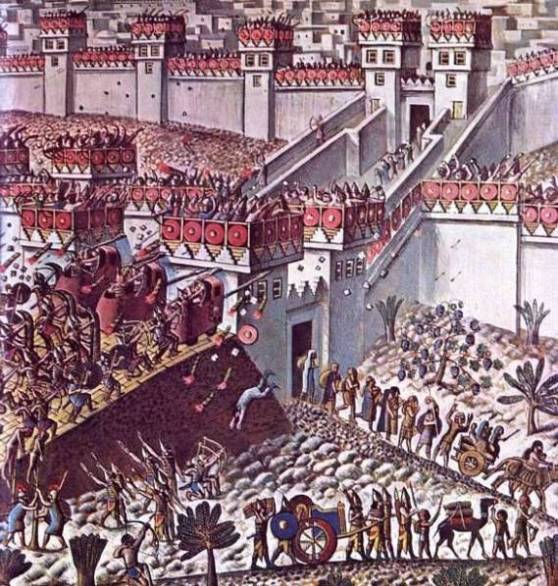 A reconstruction of the Assyrian attack on the Israelite city of Lachish. The slingers are at the bottom of the ramp built for battering rams. They are aiming at the defenders on the walls of the unfortunate city, soon to be overrun and destroyed.

Spooking the enemy: psychological war in the Bible

The bow and arrow in ancient battles