Psychological war in the Bible 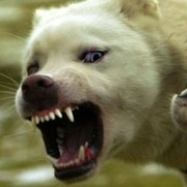 Do you remember when you were a child you jumped out from a hiding place to frighten someone?

You didn’t know it then, but that was psychological warfare, or PSYWAR as it is now called.

Frightening someone to throw them off balance is not a modern invention. It’s as old as human (or animal) life.

How did Assyrians terrify the Israelites?

The Assyrians, ancient enemies of the Bible people, were masters of the art.

Their strategy was four-pronged: 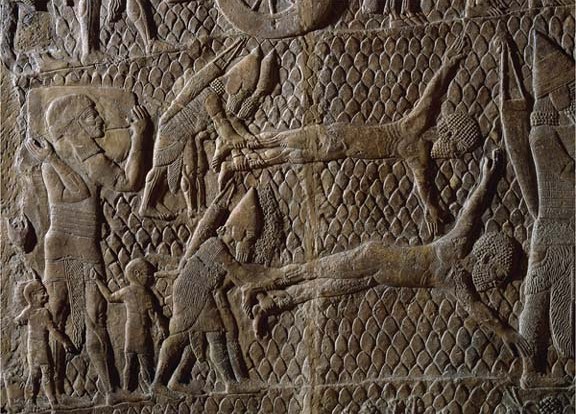 Graphic depiction of soldiers removing the skin of captives at Lachish 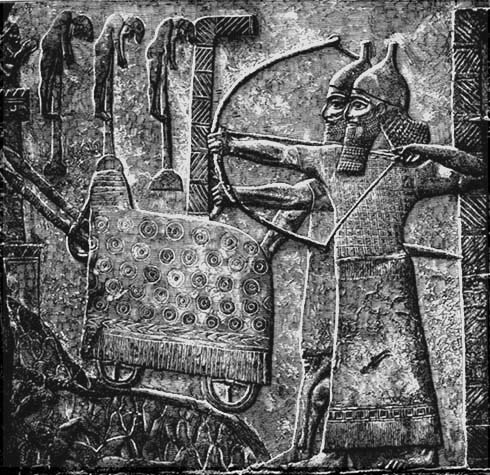 What was siege warfare?

Siege warfare in the Bible meant a fight to the death. The entire population of the besieged town was involved. That meant every man, woman, child and animal. No-one was exempt. All would starve or surrender.

The attack on the city was governed by a strict rule: before any hostile action, peace was offered in return for surrender to the besieging army. You were given a last chance to surrender.

If this offer was refused,

Everyone knew that the Assyrians had capable generals, well-trained soldiers, and excellent weapons. At the height of their power they were virtually invincible on the battlefield.

The result? If they invaded a country (like the little kingdom of Judah, with Jerusalem at its centre), and the inhabitants were not prepared to surrender, it was marginally safer for the people to hole up in their fortified city and wait out the inevitable siege.

This is what the unfortunate people of Lachish tried to do. Their strategy did not work.

Having the psychological edge

There was little chance of beating the Assyrians, since part of their power lay in their reputation – first for success, but also for dealing unmercifully with kingdoms who did not toe the line.

This gave them a psychological edge. But it was not just bluff. They had the troops and weapons to back up their threats.

As well, Assyrian kings used prominently-displayed inscriptions in their own palaces, and abroad, as a warning to foreign nations. They boasted that they destroyed all cities they took, and they often claimed to have killed entire populations – which they did. 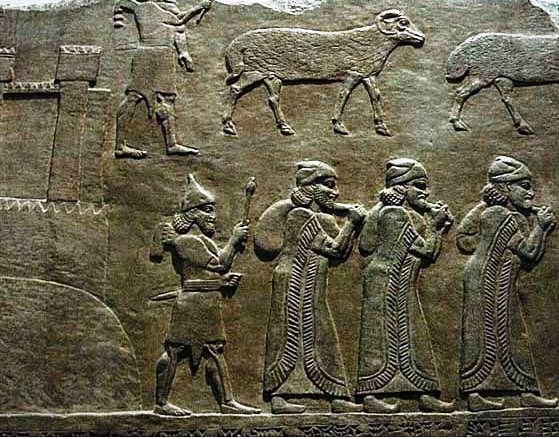 High-ranking (denoted by their long fringed robes) Assyrian officials carry away the loot from the now-ruined city of Lachish. They are followed by a soldier with a mace, the symbol of power.

The fate of captives was severe. The luckiest among them (women and children) have lost all their possessions and became slaves. The men were tortured in a variety of ways – this wall relief shows them being skinned alive and left to die. In the bottom panel of the wall relief, the reason for the destruction is shown: the rich palm groves of the city.

War propoganda in the ancient world

The wall reliefs were meant as deterrents, warnings to anyone who even thought about rebellion or resistance.

According to these inscriptions, the most imaginative refinements of cruelty were reserved for cities resisting the Assyrians:

‘With battle and slaughter I stormed the city and captured it, 3,000 of their warriors I put to the sword;  their spoils and their possessions, their cattle and sheep I carried off.
Many captives from among them I burned with fire, and many I took as living captives.
From some I cut off their hands and their fingers, and from others I cut off their noses and their ears. I put out the eyes of many.
I made one pillar of the living, and another of heads, and I bound their heads to posts round about the city.
Their young men and maidens I burned in the fire, the city I destroyed,
I devastated, I burned it with fire and consumed it.’

I took the city, and 800 of their fighting men I put to the sword, and cut off their heads.
Multitudes I captured alive, and the rest of them I burned with fire, and carried off their heavy spoil.
I formed a pillar of the living and of heads over against his city gate and 700 men I impaled on stakes over against their city gate.
The city I destroyed, I devastated, and I turned it into a mound and ruined heap.
Their young men and maidens I burned in the fire.’

The Bible records that at the siege of Jerusalem, Sennacherib’s officer, taunting the Jews on the city, wall, assured them that they were doomed to ‘eat their own faeces and drink their own piss’ (2 Kings 18:27). This seems mild compared with the fate described in the inscriptions above.

As it happened, Jerusalem was saved – probably by cholera or dysentery from a polluted water supply, which affected the Assyrians so badly that they withdrew their forces and accepted an enormous ransom/bribe instead. 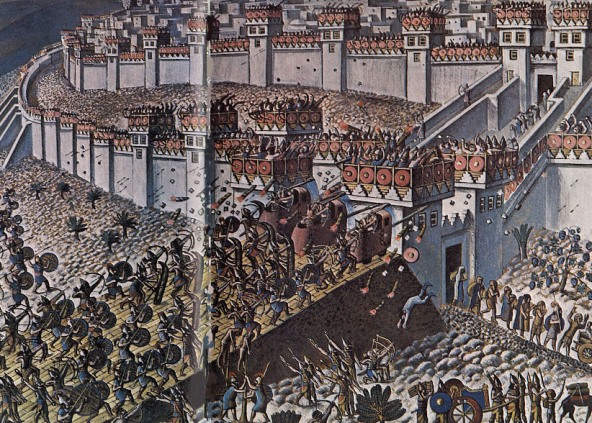 Reconstruction of the final stages of the siege of Lachish

What was the Trojan Horse?

Warrior duels in the Bible

Warfare in the Bible world

Jezebel. ..the dogs left only her head and hands.

Athaliah was hunted down and murdered