Do you know the old Chinese curse that goes: ‘May you live in interesting times…’? 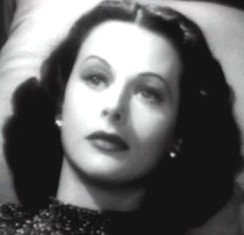 Unfortunately for them, Delilah and Samson  really did live in ‘interesting times’.

The Hebrew tribes land in the middle 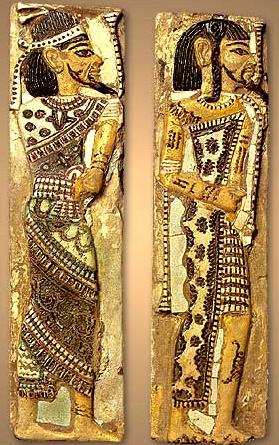 The Hebrew tribes, coming up from Egypt and looking for a place to settle, were among these migrants.

Unfortunately, the land they entered was already occupied – by Canaanites and Philistines, both of them well-organised and warlike.

These two groups governed the land that is now Israel and Lebanon, particularly the fertile plains and sea-ports. They had sophisticated city-states, and were not about to give it all up to some down-at-heel nomadic invaders.

All the Israelite tribes could do was try to gain a foothold in the sparsely populated, less fertile hills.

What about Samson and Delilah?

The stories of Delilah and Samson show only too well how the Canaanites and Philistines resisted the nomads’ intrusion. For example, the Philistines kept the Israelites in check by forbidding them the use of metal-processing workshops. 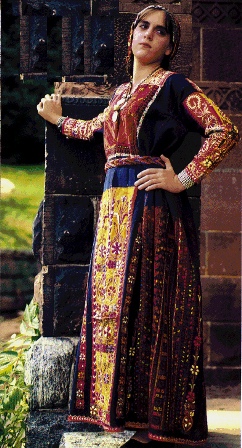 So what? Well, this meant that the Hebrews/Israelites could not manufacture effective weapons. Instead, the Hebrews had to use their wits to think of other ways of fighting – so, for example, Samson uses the jaw-bone of an ass as a weapon to slaughter his enemies.

The message of course is that, with or without iron weapons, the Israelites will fight to gain a foothold in this land.

Nowadays the word ‘ Philistine’ has come to mean someone who is uncouth or uncultured, but at the time of the Bible stories the Philistines were certainly more sophisticated than the Hebrews.

Excavations in the coastal plain (Ashkelon, Gaza, Ashdod) have uncovered decorated pottery: two-handled jugs or bowls, buff in colour, with a creamy grey wash, painted in red and black with geometric designs or swans pluming themselves. 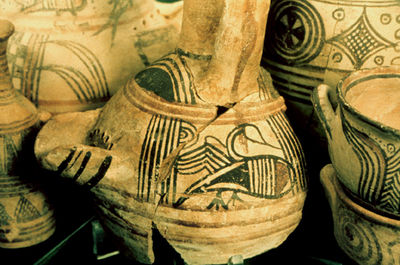 This pottery is similar to Mycenaean ware, suggesting there were close ties between the Philistines and Greece during the Iron Age.

The Philistines had another advantage: they had a genius for organization. Trade flourished, as did their city-states along the coast of the Mediterranean.

This, together with iron weapons, allowed them to dominate the loosely linked Hebrew tribes.

This is why, eventually, the self-governing Hebrew tribes decided to elect a king (Saul, then David) who would unify them and make them strong enough to fight back.

The Temple of Dagon 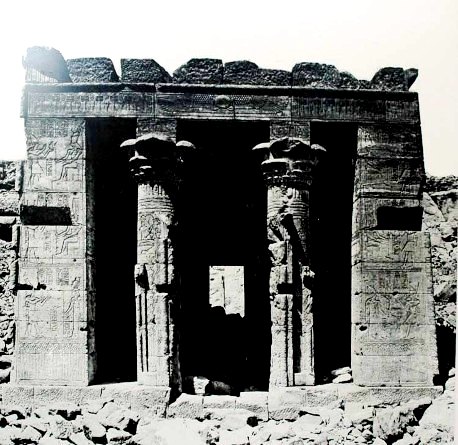 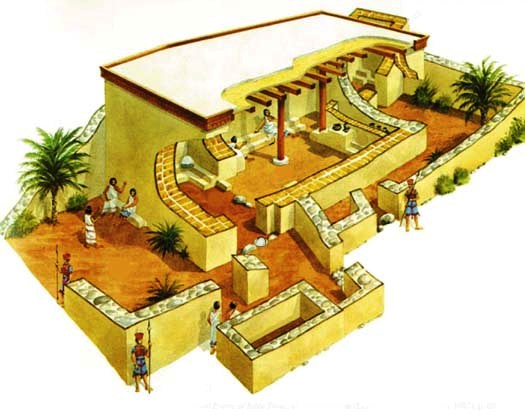 Above: reconstruction of a Philistine temple, based on excavations at Tel Qasile, Israel (see the real thing below) 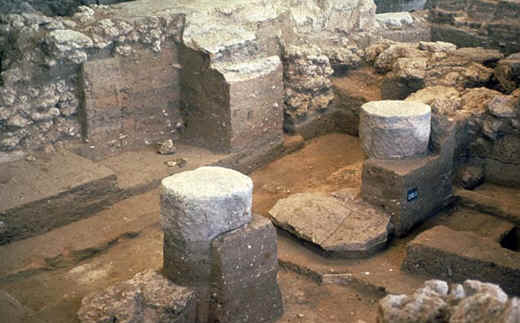 Excavated Philistine temple at Tel Qasile: note two pillars, as in the story of Samson’s death 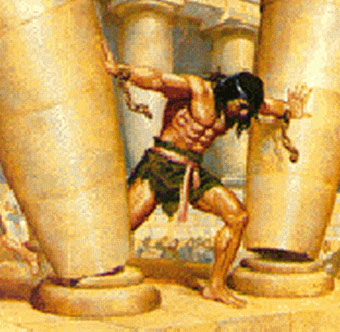 Painting showing Samson toppling the columns of the Temple of Dagon 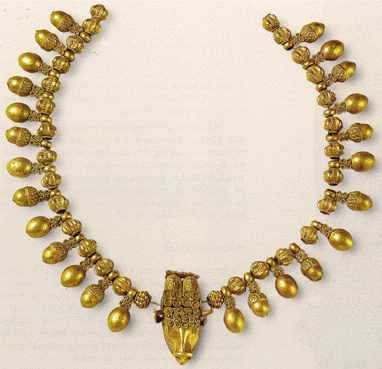 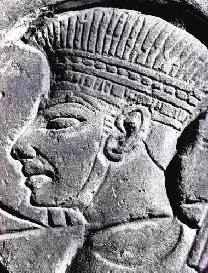 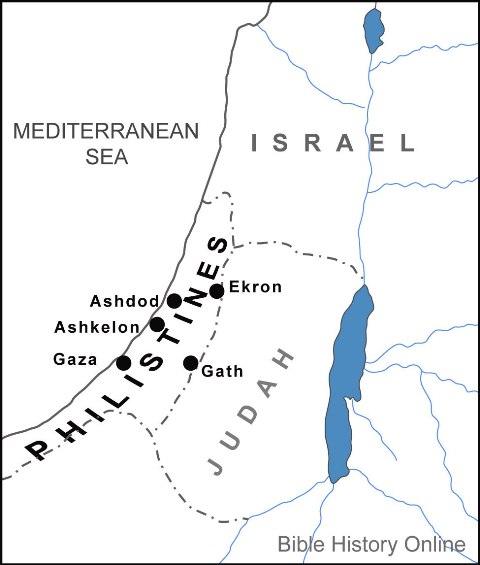 Map showing territory of the Philistines