Lilith – demon woman of the Bible

Who was Lilith in the Bible?

The word ‘Lilith’ means ‘night monster’ in Hebrew. This gives you an idea of what she meant to people in the ancient world. She was their worst nightmare come true, a demon who would maliciously destroy them if she got the chance. 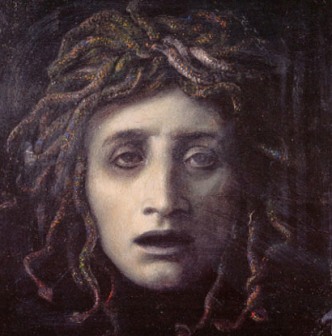 Painting of Medusa, by Arnold Bocklin. Medusa was a version of Lilith

Where did Lilith come from? Babylonia. She was a demon in the Babylonian-Assyrian belief system – Lilit, or Lilu, who morphed into a superstitious idea in rabbinic writings.

Who was Lilith? There were several ideas:

What is Lilith’s story?

After she left Adam, three angels tried to force her to return to her lawful husband. She would not. She went her merry way, wreaking havoc wherever she went. Exciting, but not someone you’d want to know.

How could you be safe from Lilith?

People believed you could be safe if you wore a special amulet. It had the names of the three angels, messengers of God, inscribed on it.

This amulet, people believed, would protect you from Lilith and the harm she might do to you or your children  – in the story of Lilith’s fury, children were especially likely to be harmed. Lilith knew where to hit where it hurt… 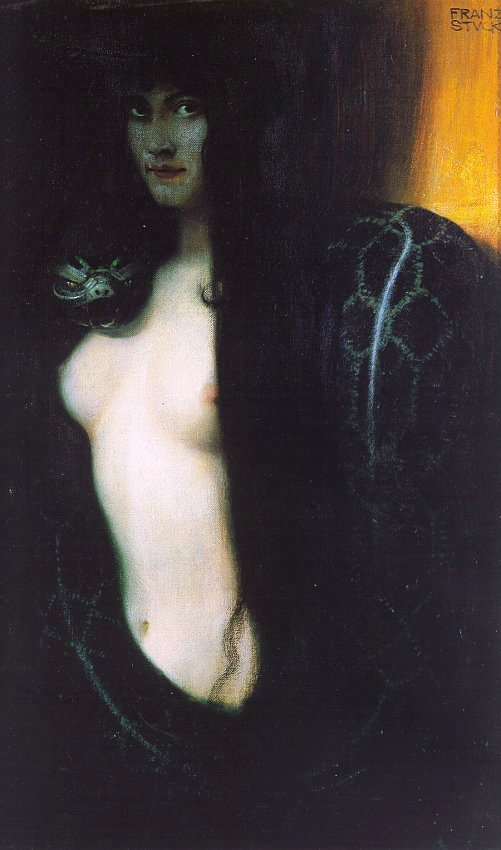 ‘Sin’, by Franz Stuck. Sin was seen as female and malevolent.

It might surprise modern readers to know that people at the time of Jesus were highly superstitious. They used charms, amulets and magic chants to protect them against evil spirits.

These magic spirits came in many forms. They could be fairly light-hearted, or quite frighteningly malicious and dangerous. Lilith was one of the latter.

This fearful superstition was not confined to uneducated people. The rich and powerful were just as likely to believe there were malevolent forces waiting to harm them. 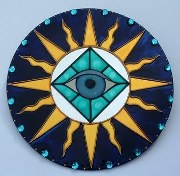 Of course, official religion denied the power of devils, or the evil eye. Yahweh was, after all, all-powerful. No devil could get the better of God.

But for ordinary people like the apostles of Jesus, demons were very real.

Demons in the gospels

You can see this in certain passages in the Gospels, for example in Luke 10:17-20:

17 The seventy-two returned with joy, saying, “Lord, even the demons are subject to us in your name!” 18 And he said to them, “I saw Satan fall like lightning from heaven. 19 Behold, I have given you authority to tread on serpents and scorpions, and over all the power of the enemy, and nothing shall hurt you. 20 Nevertheless, do not rejoice in this, that the spirits are subject to you, but rejoice that your names are written in heaven.”

22 And the scribes who came down from Jerusalem were saying, “He is possessed by Beelzebul,” and “by the prince of demons he casts out the demons.” 23 And he called them to him and said to them in parables, “How can Satan cast out Satan?

The question is, of course, whether we still have demons in our modern world. And if so, what are they?