Miriam’s world – what do we know?

The stories in Genesis and Exodus show women as independent and strong, smart and tough.

They display leadership and initiative. They almost always get their way when they want something.

This was probably because women were necessary for the survival of the tribe, and they knew it.

How do we know about Bible women? 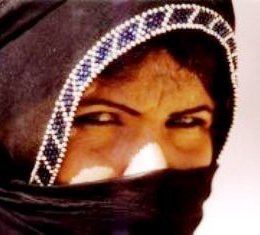 Through the Bible stories. But it’s frustrating. Why? Because the stories as we have them in the Bible were edited much later by male priests – for men’s study. So they concentrate on what men did.

But there are hints that women had a thriving cultural tradition of their own.

These stories dealt with

How were women involved?

The concept of monotheism was just beginning to appear, but many women probably also worshipped a fertility goddess, the Great Mother, source of plant, animal and human life.

There are echoes of this in the story of the Golden Calf. Cows/calves were ancient symbols of the goddess of fertility.

Ancient religions certainly had fertility of the soil and animal life as one of their main interests – naturally enough. There were priestesses who served the forces of Nature – the power of river and rain water, abundance of crops and animals, etc.

Miriam is not mentioned in the episode of the Golden Calf, so it seems she sided with Moses, not with her other brother Aaron who led this revolt.

But the story tells us about what these nomadic herders believed.

Tents of nomadic herders; women spun the wool, wove the fabric, and sewed the strips together to make the tents they lived in; they also put up and took down the tents whenever the tribe moved from one place to another. A woman’s work is never done…

Escaping from Egypt – where to?

The Hebrew tribes were escapees from Egypt, wandering with their herds in search of good pastures. They hoped to find a new land to live in.

It was at this time the Hebrews began to see themselves as separate from the kingdoms that surrounded them.

The main difference was worship of a spirit-god called Yahweh, who had a special relationship with the Hebrew people. This spirit-god had a covenant with them – a mutual promise of protection and allegiance. See ‘What was the Covenant with Yahweh?’. 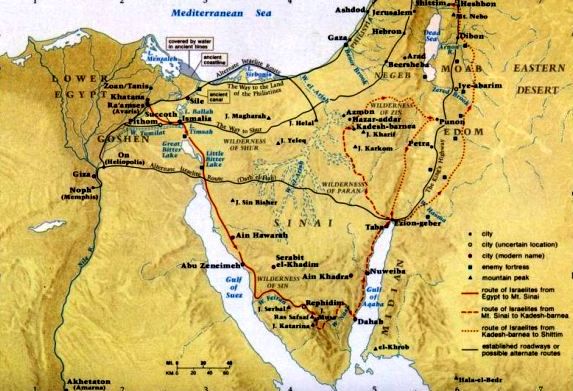 When Moses failed to come down from the mountain, the people urged Aaron to assume leadership and make them gods to worship. Under pressure, Aaron agreed. He had the men 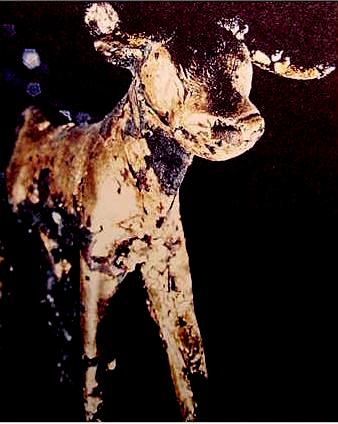 Phoenician image of a calf,
originally covered with gold leaf

This seems to have some connection with the story in 1 Kings 12:26-30 about Jeroboam making the Golden Calves, for he used exactly the same phrase that is given to Aaron in Exodus: ‘Behold your gods, O Israel, who brought you up out of the land of Egypt.’

What does this story tell us?

That Moses (and possibly Miriam) promoted worship of Yahweh, but a large element among the Hebrews clung to their ancient devotion to the fertility gods.

For more information on the lives of women in the Bible, see the links to 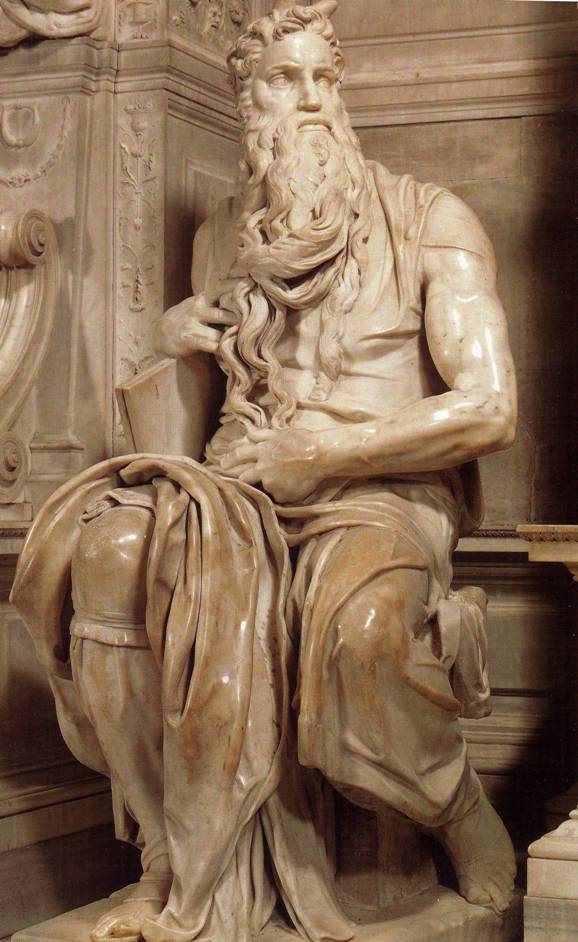 What was the Covenant? 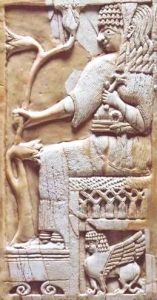 God & Goddesses
in the Bible

The Stone Tablets
of Moses

Modern films often tell a story like Miriam’s. In ‘Norma Rae’ a young woman fights for justice for her oppressed co-workers.