Who were the Samaritans?

Why did Jewish people hate the Samaritans? 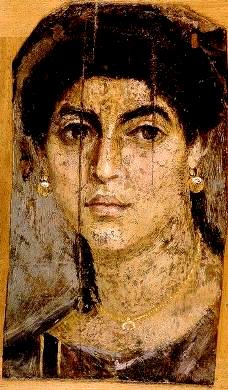 According to 2 Kings 17:24-41, admittedly not an impartial source, the Samaritans were essentially foreigners. After the Assyrians captured Samaria, the capital city of the Northern Kingdom of Israel, and exiled its inhabitants, the land was re-peopled by a mixture of foreign deportees from Babylonia, plus some Israelites.

These new settlers retained the religion of their original homelands, which meant they served the ‘graven images’ that were detested by the biblical writers.

After the Exile in Babylon 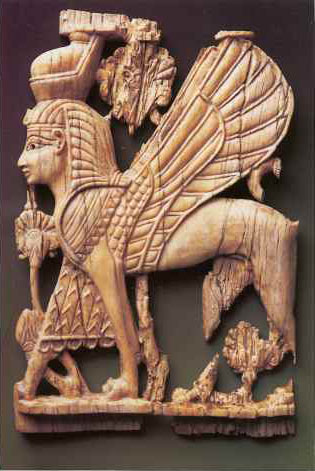 Ivory carving of a cherub, Samaria

When the Exiles returned from Babylon to Judea, the Samaritans offered to help with the rebuilding of the Jerusalem Temple, but their offer was rejected by Zerubbabel, Jeshua and the other leaders.

Ezra and Nehemiah also opposed any contacts between Jews and Samaritans (Ezra 4:1-3; 8 ff), although these were not always prevented. Relations between the two peoples seem to have become increasingly strained from the 5th to the late 4th century BC.

Many scholars believe that the origins of the dissension can be traced back to the ancient divisions between the peoples of Judah and Israel. At the time of the Restoration, this already existing split was simply emphasized and revived.

The Samaritans observed the Law of the Pentateuch but their attitude towards the institutions of the Jews was mixed.

On the one hand they generously offered their help in rebuilding the Temple. On the other, they regarded themselves as true descendants of ancient Israel, and the returning Jews of Jerusalem as no more than usurpers. 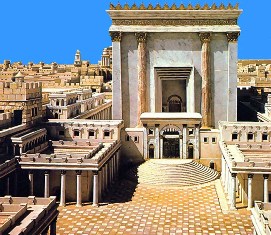 Model of the Temple in Jerusalem

The returned Exiles, on the other hand, denied that the Samaritans were full Jews and insisted on their own exclusive claim to the title.

Not unnaturally, the Samaritans sided with Nehemiah’s opponents among the Jews of Judea (Neh. 4:7; 6:1-3) and, according to the Judean record (Ezr. 4:8 ff), plotted with the Babylonian overlords to try to prevent the rebuilding of Jerusalem.

What was the focus of the quarrel?

From biblical times, the Pentateuch had been copied in Palestine both in Palaeo-Hebrew script and in Aramaic script. 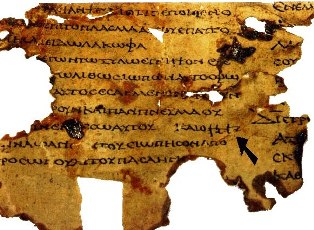 An example of Palaeo-Hebrew script

But when the two communities finally separated after John Hyrcanus’ destruction of Samaria, the Samaritans chose the Palaeo-Hebrew script, which had previously been in general use in both Jerusalem and Samaria, as the exclusive script for their Torah.

This they have preserved to this day.

The Jerusalem rabbis had declared that this script was not something sacred (that it did not “make the hands clean”), but the Samaritans took the opposite decision and laid it down absolutely that the Palaeo-Hebrew script could be used only for holy writ.

What exactly is the Bible?

This may not seem very important to the modern reader, but for the Samaritans, contrary to the Jewish tradition, the Pentateuch (the first five books of the Bible) is the whole Bible.

Samaritans did not recognize the prophets, the Hagiographa (Writings) nor any of the other books of the Old Testament. They believe that Moses was the one true prophet and that they alone preserve the true version of God’s word as revealed to him, the Jewish version of the Pentateuch having, in their eyes, been altered by Ezra. 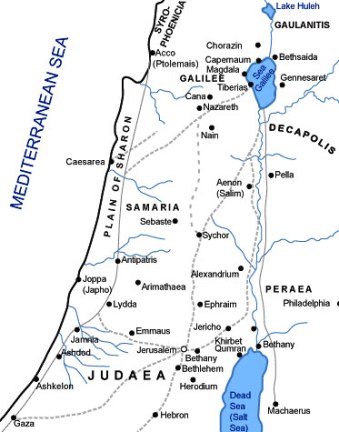 Map showing Samaria at the time of Jesus

From the initial rebuff from the returned Exiles, relations with the Samaritans deteriorated into deep hostility.

Towards the end of the Persian period, or at the time of Alexander the Great’s conquests, this was confirmed by the building of a Samaritan temple on Mount Gerizim as a rival to the Temple of Jerusalem.

From this time, hatred between the two peoples became a permanent feature, the Samaritans establishing their own religious traditions around Mount Gerizim, the physical and spiritual centre of their people.

What set the seal on the final, permanent breach between the two communities was not day-to-day disagreements, nor the dispute over the Temple of Jerusalem.

It was John Hyrcanus’ action in razing the city of Samaria. After that, there could be no hope of reconciliation.

Thus, unlike the Idumeans and Galileans, the Samaritans refused to assimilate with the Jews, but maintained their sectarian integrity.

And Jesus’ attitude to the Samaritans?

During the Roman period, Samaritans began to play an increasingly important role in national affairs but violent clashes between them and the Jews continued. 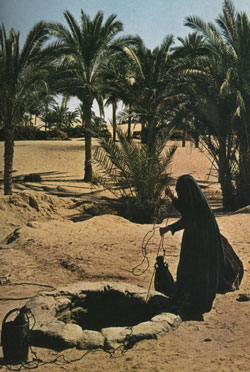 A woman draws water
from a well

Samaritans controlled the territory between Galilee and Jerusalem and they regularly harassed the groups of pilgrims making their way to the capital for the great Jewish festivals.

The Jews retaliated in kind and also in words. To emphasize the foreign descent of the Samaritans, the Jews called them contemptuously “Kutim”, from Kutah, one of the Mesopotamian towns whose inhabitants had been deported to Samaria by the Assyrians.

The Jewish attitude towards the Samaritans is faithfully reflected in the New Testament, especially in Jesus’ choice of a “good Samaritan” to point the moral of his parable against over-pious and inhuman Jews (see the words of the gospel at Luke 10:30-37).

And the gospel writers? 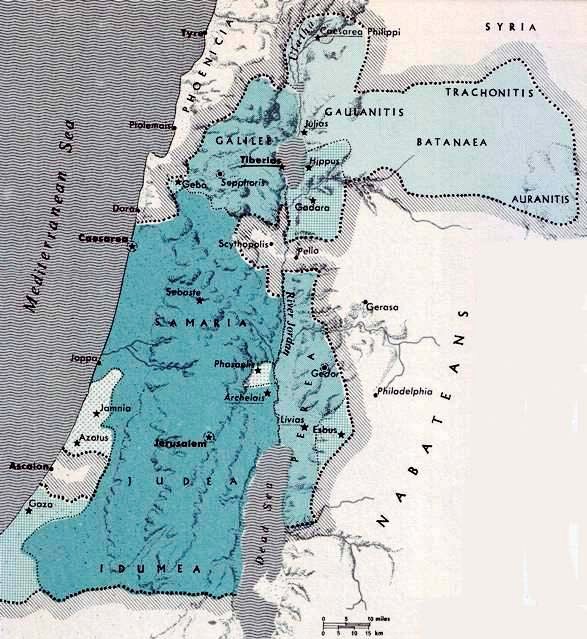 The Provinces of Palestine in Jesus’ time
Judea, Idumea, Samaria, Galilee and Perea

A Window to Another World

Twice a day, in the cool of the morning and in the evening, women took large earthenware pitchers to the village well, where they pulled the water up with a leather bucket on the end of a rope. This was the time of day when they talked with their friends, waiting to draw water.

Pretend you are the Samaritan woman, and explain your life/point of view. To do this, you should

Focus Questions for the gospel passages

1. What are the most interesting moments in the story? Why do these particular moments appeal to me?
2. In the story, who speaks and who listens? Who acts? Who gets what they want? If you were in the story, which person would you want to be friends with? Which person would you want to avoid?
3. What is God’s interaction with the main characters? What does this tell you about the narrator’s image of God? Do you agree with this image?
4. What is happening on either side of the story, in the chapters before and after it? Does this help you understand what is happening?
5. The narrator/editor has chosen to tell some things and leave other things out. What has been left out of the story that you would like to know?
6. Are the characteristics and actions of the people in the story still present in the world? How is the story relevant to modern life, especially your own?

Read about other fascinating women in the Bible

Story of the Woman
at the Well