The Rape of Tamar – extra ideas

‘Once again, as in the story of Dinah, a victim of rape is lost to the political overtones of her story: Tamar’s dishonor provides her brother with an incentive for vengeance that leads ultimately to civil war.

Nothing is done for Tamar, however, beyond provision of shelter. Not even her powerful father, king of Israel, makes the slightest effort to ease her circumstances or

find a suitable husband for so beautiful, articulate, and skilled a girl. Instead she is left shamed for life, a young woman last seen bewailing her fate, her fine robe hanging in tatters and her head covered with ashes.

In Tamar’s time as in the centuries since then, rapes were divided into those that mattered and those that did not. In her world, the only rape really worth punishing was that of an unmarried girl, and even that was considered a property crime—the ruination of a marketable asset, for which the girl’s father merited recompense (Deut 22:28-29).

In cases of incest, the community was commanded to ostracize both partners (Lev 20:17). Yet no law is invoked for Tamar, either to help her or to punish her.

Much like her ancestor and namesake Tamar, the widowed daughter-in-law whom Judah sent home to her parents, David’s daughter Tamar is expected graciously to fade into the walls of a relative’s house.’

The story of the rape of Tamar by her half brother Amnon and the revenge taken against Amnon by Tamar’s full brother Absalom cannot be read apart from some of the details of the palace and family politics that the narrative takes for granted. According to 2 Sam. 3:2, Amnon was David’s ﬁrst son (by Ahinoam). We know of David’s second son (by Abigail) only that he was called Chileab in 2 Sam. 3:3 and Daniel in 1 Chron. 3:1; he ﬁgures in no narrative.

Absalom is David’s third son. His mother Maacah is royal, the daughter of a Transjordanian king, Talmai, king of Geshur; (2 Sam. 3:3 ); Tamar is his full sister (2 Sam. 13:1). Jonadab, Amnon’s adviser in the affair, is him-self a member of the family—a nephew of David and so first cousin to the other three (13:3).

Whatever justiﬁcation Absalom might have claimed for killing Amnon, such as Amnon’s rape of Tamar, Absalom’s own royal ambitions are not hurt by having Amnon out of the way. Indeed, as soon as Absalom is admitted back into the royal household following his murder of Amnon and subsequent flight to his maternal grandfather, he begins to plot his own rule, even while David is still alive and well (2 Sam. 15:1-12).

Jonadab’s relation to them all is clearly spelled out in v. 3, and he addresses Amnon as ‘son of the king’ in v. 4. In the same verse Amnon refers to Tamar as ‘my brother Absalom’s sister.’

And so it goes, as the narrator emphasizes the intertwining relationships in this polygynous family.

It is Jonadab who puts the idea into Amnon’s head that there is a way to be alone with Tamar with David’s blessing, by pretending to be ill. The narrative report of Jonadab’s advice stops short of suggesting rape, but if his recommendation were in any way innocent there would be no need for the deception.

‘Does Tamar ‘con’ her brother by bringing up the prospect of marriage – is her proposition only a desperate ruse to put off the rapist? Nothing in the Bible suggests that she holds the slightest affection for Amnon; nor can we take Amnon at his word when he declares his ‘love’ for Tamar while he is plotting the sexual ambush with his cousin.

Clearly, Amnon lusts after his sister, but he certainly does not love her, before or after the rape.

Amnon betrays his real feelings toward Tamar when the rape is over and he brusquely orders his servant to throw her out of the house. “Put this woman out from me” is the standard English translation of what Amnon says (2 Sam. 13:17), but a more accurate rendering of t 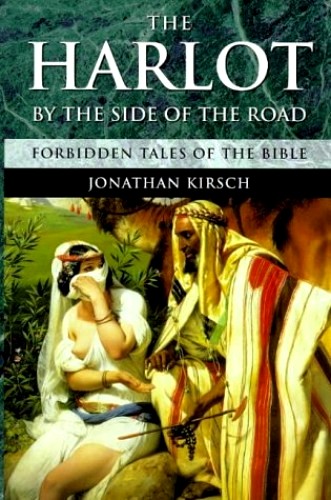 he biblical Hebrew reveals that he regards Tamar as nothing more than an object of perverse and momentary pleasure. “Put this thing out from me” is what Amnon actually says.

What is really happening at the moment before the assault is a cunning if desperate ploy by Tamar to talk her way out of being raped. The words she chooses are calculated to suggest that Amnon might get what he wants later on, and, at the same time, to caution him about the consequences of taking what he wants against her will.

“Speak unto the king,” says Tamar to her brother, thus holding out the possibility that she would sleep with him under different circumstances, and yet reminding him that he will be defying the king’s authority and risking the king’s wrath by forcing her into his bed.

Of course, the words that Tamar speaks to Amnon do not deter him from carrying out his elaborate plan to rape her. As it turns out, King David has not withheld Tamar from Amnon—it was the king who commanded Tamar into Amnon’s bedchamber in the ﬁrst place!—and David does nothing to punish Amnon afterward.’

‘The Harlot by the Side of the Road’, Jonathan Kirsch, Ballantine Books, New York, p.289.

The story of Dinah,
rape victim