Books about Tamar & Judah in the Bible.
What is their story?
What’s the point the Bible story is making?

Judah’s hypocrisy is expressed in two ways. Even had he not been sexually involved with Tamar, his pronouncement of a death sentence displays a gap between his actions and what he knows he should do. As the head of a family, he ought to have carried out his responsibility of arranging to fulfill the levirate for his daughter-in- law.

Alternatively, if he relinquishes that duty, he has no right to punish her as though she were still betrothed to Shelah.

Although prudish moderns may consider Tamar despicable for seducing her father-in-law, the narrator exposes Judah as the shameful and insincere person. Not only does he refuse to carry out his obligation to provide for the posterity of his family but he pronounces a cruel judgment on one who is doing just that. In contrast to this disgraceful behavior, Tamar risks her life to continue Judah’s family into the future.

The story ends happily, with Tamar producing bountifully. She lives up to the meaning of her name, “date-palm,” a symbol of fruitfulness. She obtains more than the one kid that Judah offered for her favors and becomes the mother of twins, Perez and Zerah. Rather than her previous stigma, she now has a status that will increase with the passage of time.

Tamar bears the ancestors of most of the Judahite clans. She does not become Judah’s wife but she may finally have become Shelah’s. If so, all of Judah ’s grandchildren are produced by her. The tribe of Judah is especially significant since it alone, among the dozen original tribes of Israel, has survived over the centuries.

Widows were apparently set apart by wearing special clothing, such as in Gen. 38.14, where Tamar “. . . put off her widow’s garments, put on a veil, wrapped herself up, and sat down at the entrance to Enaim . . .” in an effort to appear like a prostitute when she seduced her father-in-law Judah. Upon leaving Judah, she took off her veil and put on her widow’s clothes once more (Genesis 38.19).These may be similar to garments worn by women who were in mourning for other reasons; 2 Sam. 21 .10 records that Rizpah, Saul’s concubine, prepared sackcloth for herself to wear in mourning after her sons were handed over to the Gibeonites. 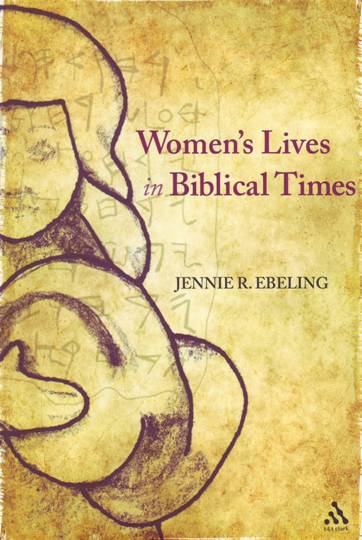 Widows without children were protected by levirate marriage, which required that a childless widow marry one of her deceased husband’s brothers in order to continue the family line of her dead husband and pass on his land inheritance, or nahala. This was seen as a widow’s right, and perhaps the only chance a woman would have for security after the death of her husband. Three passages in the Hebrew Bible describe levirate marriage: the story of Tamar and Judah (Genesis 38), the laws in Deut. 25.5- 10, and possibly the story of Ruth and Boaz.

…The story of Tamar and Judah shows the tremendous importance of inheritance in ancient Israelite society; indeed, one of the main reasons why widows were so vulnerable is that inheritance laws did not provide for them.

In general, a man’s property went to his nearest male relative or relatives, usually his sons, upon his death; only in exceptional cases did daughters receive an inheritance from their fathers, such as in the story of Zelophehad and his five daughters (Num. 27.1-11). In this story, which was apparently a legal precedent because it is mentioned in multiple biblical passages (Josh. 17.3-(1; l Chron. 7.15), the daughters of the deceased Zelophehad were allowed to inherit their father’s nahala if they married within their own tribe, thus ensuring that the land inheritance would remain within the clan.

Onan takes Tamar as his wife, but instead of helping her to conceive Er’s children, he practices a primitive form of birth control and spills his semen on the ground.

Onan’s refusal to help create another man’s children, to become a surrogate father for the dead brother, can be explained in economic terms. Onan might prefer to divide his inheritance with the one remaining brother than to divide it among Er’s descendants, his own, and Shelah’s.

God, whose voice and opinion are also the author’s, condemns this selﬁshness and kills Onan. God’s displeasure with Onan is not to be interpreted  an author’s condemnation of birth control, but as a condemnation of Onan’s refusal to raise up children in his brother’s name and in the process to regularize Tamar’s place in the social structure.