Jesus & the crippled woman – their world

Medicine in the ancient world

Who was the crippled woman? 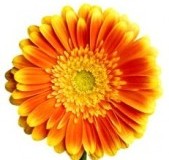 We are told that Jesus cured a Crippled Woman in Luke’s gospel story, but there is no way of knowing who she was, or what sort of person she was. She may have been a peasant woman from rural Galilee, or a well-to-do upper class woman.

She was Jewish, and she was crippled, and that is about all we know.

She had obviously sought medical help during the many years of her disability. There were as many remedies and treatments for medical conditions in the ancient world as there are now.

Healers were common in 1st century Palestine. Much of their knowledge came from Egypt, whose doctors were able to perform advanced surgical techniques, even operations on the brain.

Magic was also popular in the treatment of illnesses. 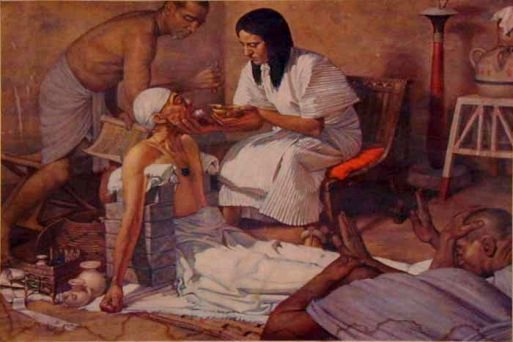 Something unusual about this story

One interesting point in the story of the healing of the crippled woman: Jesus did not ask anything of her.

Usually he asked people to have faith in his power: ‘Your faith has made you whole.’

In this case, he simply declared that the woman was healed – and she was. 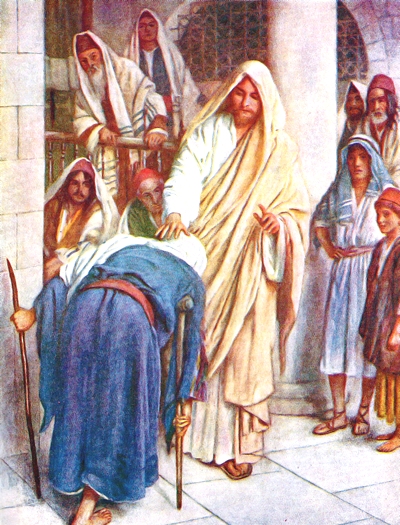 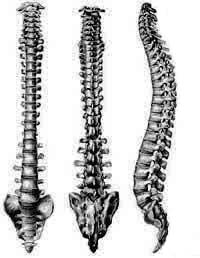 The spine of a person with Spondylolisthesis

Synagogues were local buildings dedicated to prayer and the study of Torah. 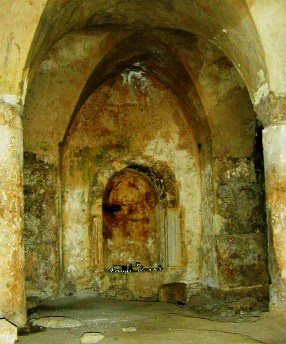 They were developed during the Second Temple era, and had an enormous influence on the development of Judaism – and on Christianity as well.

They were a revolutionary concept for their day, because they created an entirely new environment for worship of God.

Unlike the Temple in Jerusalem, they had 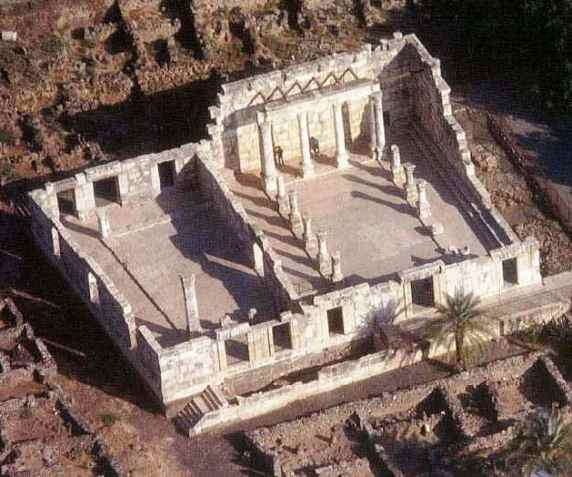 Reconstructed ruins of the 2nd century synagogue at Capernaum

Magic
in the ancient world