What is the Bible text for Esther’s story? 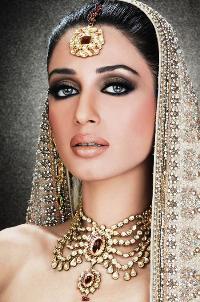 The story of Esther has two sources:

There are important differences between the two:

Many people were uncomfortable with this, especially with the omission of God. So the ‘Additions’ were written, with prayers to God and less vengeance.

The Greek Additions to the Hebrew text of Esther are accepted by Catholicism and the Orthodox churches, but not by Judaism or the Protestant churches.

Who is the fairest in the land? Esther?

Esther with Additions, Addition A, Chapter 2

Esther in the King’s Harem 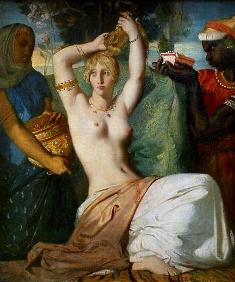 The Grooming of Esther,
Theodore Chasseriau 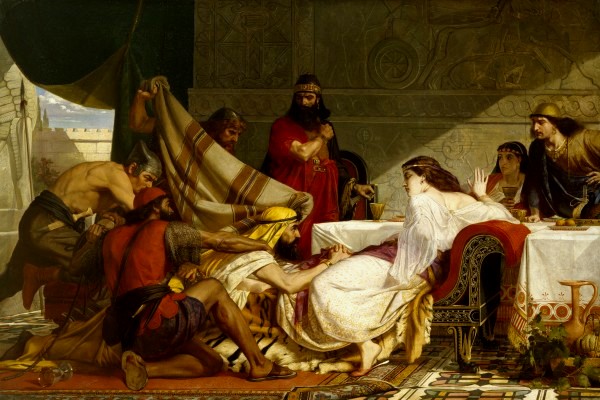 The Festival of Esther, Edward Armitage

Esther’s Prayer to the Lord God

Esther is Received by the King 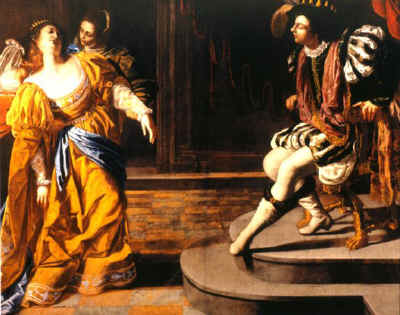 14 While they were yet talking with him, the king’s eunuchs arrived and brought Haman in haste to the banquet that Esther had prepared.

1 So the king and Haman went in to feast with Queen Esther. 2 And on the second day, as they were drinking wine, the king again said to Esther, “What is your petition, Queen Esther? It shall be granted you. And what is your request? Even to the half of my kingdom, it shall be fulfilled.” 3 Then Queen Esther answered, “If I have found favor in your sight, O king, and if it please the king, let my life be given me at my petition, and my people at my request. 4 For we are sold, I and my people, to be destroyed, to be slain, and to be annihilated. If we had been sold merely as slaves, men and women, I would have held my peace; for our affliction is not to be compared with the loss to the king.”

5 Then King Ahasu-e’rus said to Queen Esther, “Who is he, and where is he, that would presume to do this?” 6 And Esther said, “A foe and enemy! This wicked Haman!” Then Haman was in terror before the king and the queen.

7 And the king rose from the feast in wrath and went into the palace garden; but Haman stayed to beg his life from Queen Esther, for he saw that evil was determined against him by the king. 8 And the king returned from the palace garden to the place where they were drinking wine, as Haman was falling on the couch where Esther was; and the king said, “Will he even assault the queen in my presence, in my own house?” As the words left the mouth of the king, they covered Haman’s face.

9 Then said Harbo’na, one of the eunuchs in attendance on the king, “Moreover, the gallows which Haman has prepared for Mor’decai, whose word saved the king, is standing in Haman’s house, fifty cubits high.” 10 And the king said, “Hang him on that.” So they hanged Haman on the gallows which he had prepared for Mor’decai. Then the anger of the king abated

1 On that day King Ahasu-e’rus gave to Queen Esther the house of Haman, the enemy of the Jews. And Mor’decai came before the king, for Esther had told what he was to her; 2 and the king took off his signet ring, which he had taken from Haman, and gave it to Mor’decai. And Esther set Mor’decai over the house of Haman.

Finding a Husband
Compare with Ahaseurus’ way of choosing a wife

Movies often tell stories about the dangers for women like Esther, who lived in a treacherous royal court.

with the famous
‘Fainting Paintings’

Esther married a fool who impetuously divorced his first wife when his advisers told him to do so. Then he chose a second wife for her beauty – all very fine, except when the woman is to be queen of a vast empire. A queen needed more than beauty to navigate the shoals of a corrupt and dangerous court.