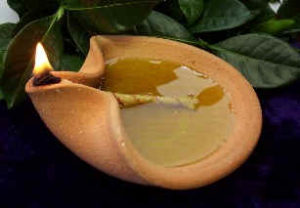 She grew up as a tribal princess – her father was King Saul, her mother Ahinoam

She fell passionately in love with David, but there is no mention of him responding

Saul offered her to David, almost certainly on her prompting. Saul demanded a bride price of one hundred Philistine foreskins – goading David into a dangerous task

David got the foreskins – how?- and married Michal

Michal took sides with David against her father, and saved David’s life

Still from the movie ‘David and Bathsheba’David became a fugative on the run, but he did not contact her or send for her

David took other wives, and Michal realized she had been discarded, not much more than David’s stepping stone to power

Saul was at war with the Philistines; he his three sons were killed. Michal was now in a precarious position. One of Saul’s sons, her brother Ishbaal, was still alive but he was young and inexperienced. She was without any strong protection

David demanded that Michal return to him; possession of Saul’s daughter would enhance his claim to the throne

Michal was reunited with David, by force; her husband was heart-broken to lose her

Reconstruction of the Ark of the Covenant, Tissot
The final quarrel between Michal and David was about respect/disrespect in the presence of the Ark

Michal reproved him, and they had a blazing quarrel

Michal continued to live in the harem, but she never had any children

19th century drawing of the women’s quarters (harem) of the Turkish Sultan in Istanbul.
A woman could be trapped in the harem for life particularly if, like Michal, she was there against her will. King David’s harem would have been much smaller.

Want to join the discussion?
Feel free to contribute!